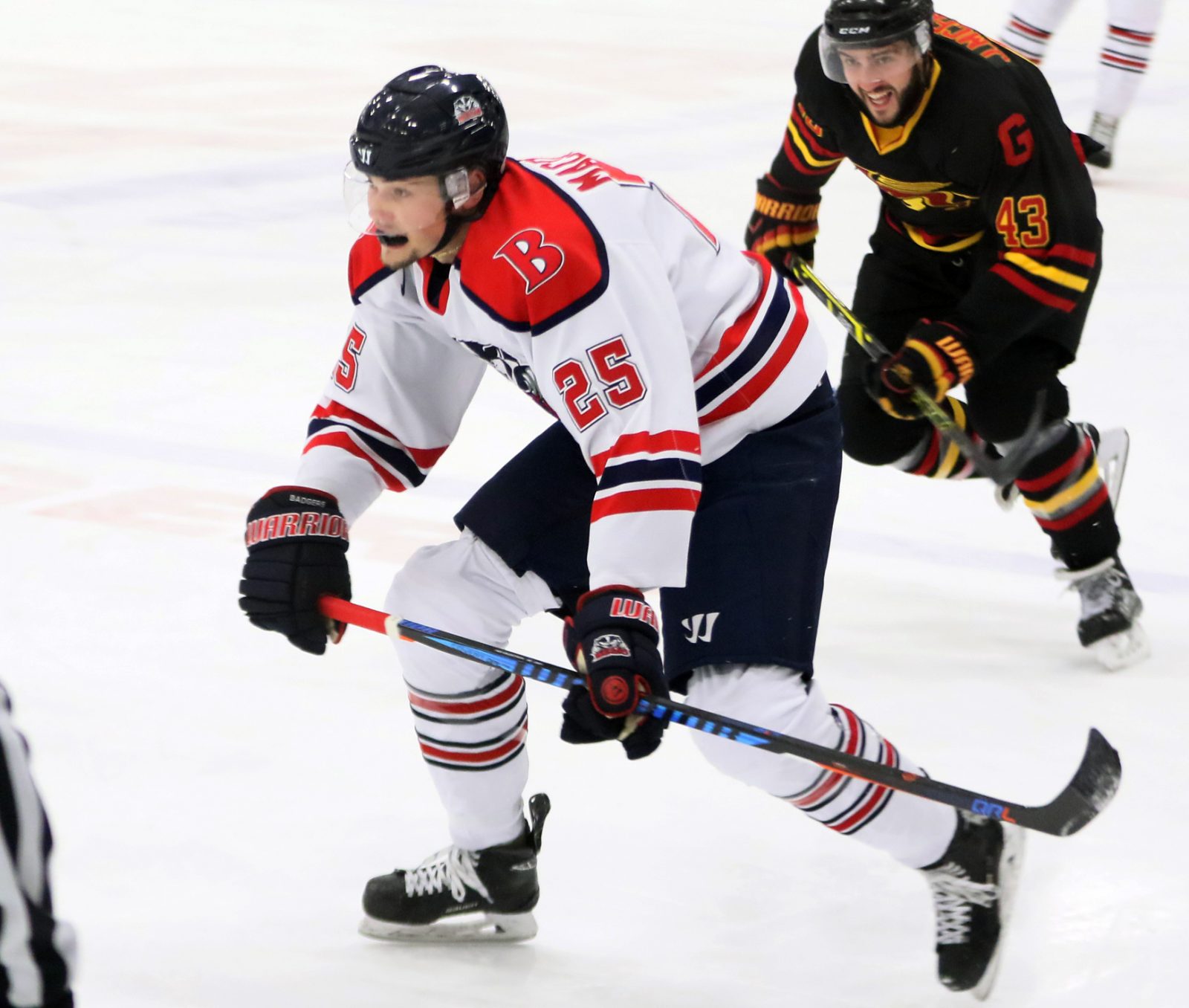 Pictured here, Brock Badgers rookie Ayden MacDonald was tied for first in team scoring with nine goals and eight assists this season. The Langley, B.C. native will look to lead the Badgers to the Nationals for the second time in school history.

With a new coach at the helm this year, the Brock Badgers men’s hockey team have their sights set on the national championships.

The No. 5-seeded Badgers open a best-of-three series against York University Wednesday night in a bid to capture their third-ever Ontario University Athletics West Division title. A win in this series would mean Brock’s first trip to the USPORTS National Championships for men’s hockey since 2007-08.

“We are extremely proud of our players to have reached the OUA West Finals,” said former Niagara IceDogs head coach Marty Williamson, who took over the role at Brock at the start of the season. “We know York is a very strong team and are looking forward to the challenge.”

Game 1 in the series is tonight, Wednesday, Feb. 28 at York with Game 2 back in St. Catharines Friday, March 2 at 7:15 p.m. at the Seymour-Hannah Sports and Entertainment Centre. Game 3, if necessary, is scheduled for Saturday in Toronto.

The York Lions and Brock Badgers split their regular-season series with York winning the first game 4-3 in a shootout in October and Brock taking the second game 4-2 in January.

Tickets for Friday night’s home game at Seymour-Hannah are available at the Walker Sports Complex Welcome Desk or by calling 905-688-5550 x4060. Tickets are $10 for adults, $5 students and seniors. For more information, visit gobadgers.ca