Brock conference to focus on animal rescue and sanctuary 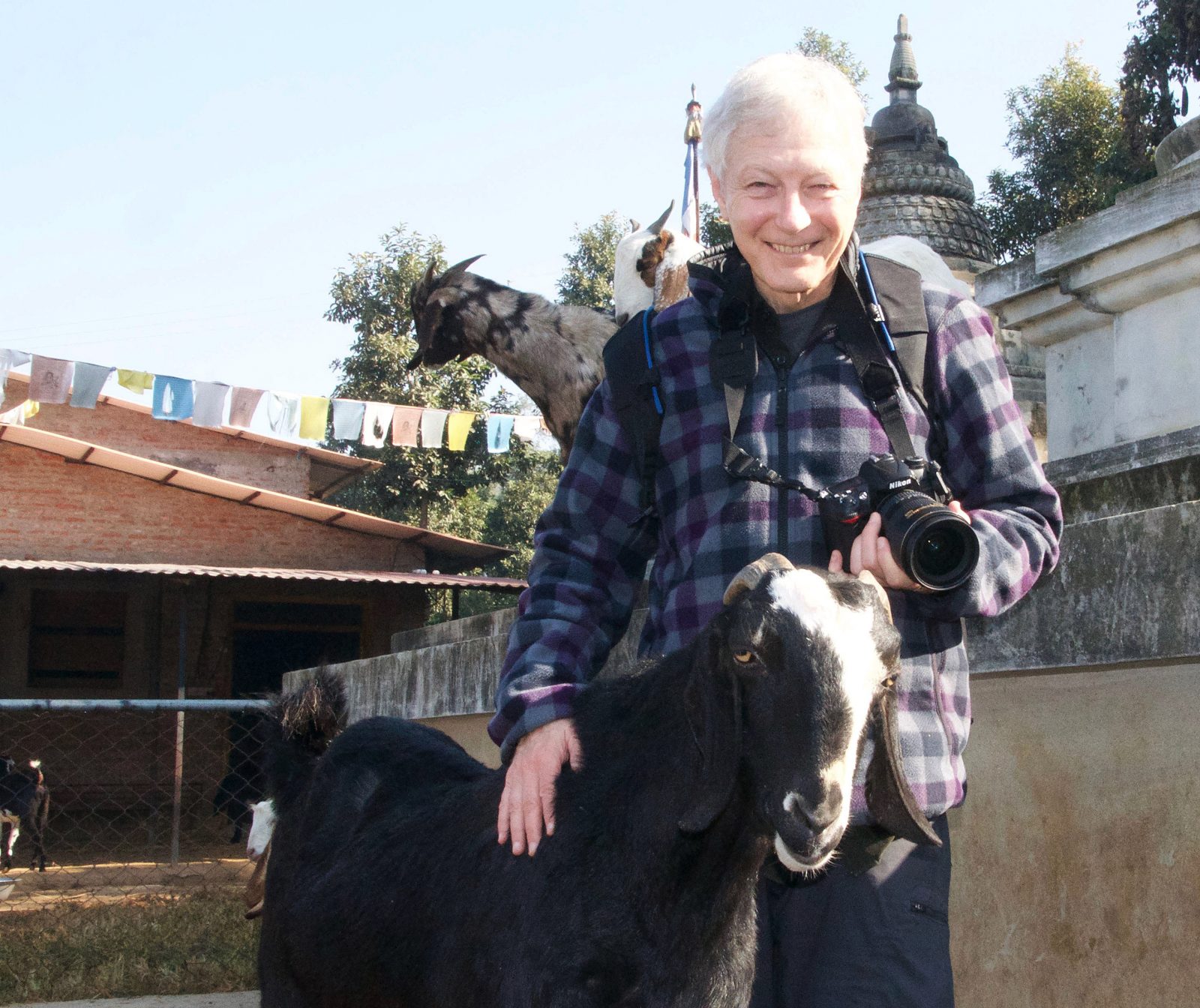 Professor John Sorenson, organizer of the Thinking About Animals conference, at the Animal Liberation Sanctuary at Kopan Monastery in Nepal.

Many people consider themselves animal lovers, but an upcoming conference at Brock will encourage everyone to think deeply about what it means to love and care for our friends of different species.

The conference, “Thinking About Animals,” takes place March 1 to 2 at Brock University.

It is the latest in an ongoing series of activities organized by Professor John Sorenson since the mid 1990s, when the Department of Sociology first began to offer courses in Critical Animal Studies.

Conference participants will hear presentations on many issues related to animals, including rescue, resistance and sanctuary.

The conference will also celebrate the publication of two books.

Animal Oppression and Capitalism was edited by Professor David Nibert of Wittenberg University. Nibert and several of the book’s contributors will be on hand to participate in a panel discussion.

Critical Animal Studies: Towards Trans-species Social Justice was co-edited by Sorenson and Professor Atsuko Matsuoka from York University. It includes chapters written by Paul Hamilton of the Department of Political Science and Gordon Hodson of the Department of Psychology, as well as contributions from Brock graduates Kimberly Costello and Ian Purdy.

Authors and academics will not be alone in weighing in on issues related to animals, however.

“One of the basic ideas of Critical Animal Studies is to link the work of academics and activists,” Sorenson says. “We’re happy to welcome some very prominent animal rights activists to the conference.”

Among them is Karen Davis, the founder of United Poultry Concerns and the author of a number of books. Davis will speak at a special evening session on March 1.

Other attending activists include:

The conference is also supported by local animal rights group Niagara Action for Animals. Sorenson points out that the group regularly engages with Brock’s efforts to explore issues related to animals, calling it “a great example of our University’s involvement with local organizations and co-operative efforts to build a more compassionate and socially just society.”

Student assistant Kate Spiegel, a fourth-year Sociology student with a concentration in Critical Animal Studies, jumped at the chance to assist Sorenson in organizing the conference.

“I think these issues are important,” she says. “I’m especially excited for the speakers who are presenting about resistance and advocacy. Having speakers from sanctuaries will end the conference with a positive outlook for how we can treat animals in the future.”

All panels are open to the public and everyone is encouraged to attend. Undergraduate students from Sorenson’s Sociology of Wildlife class will also contribute poster presentations that can be viewed at the event.