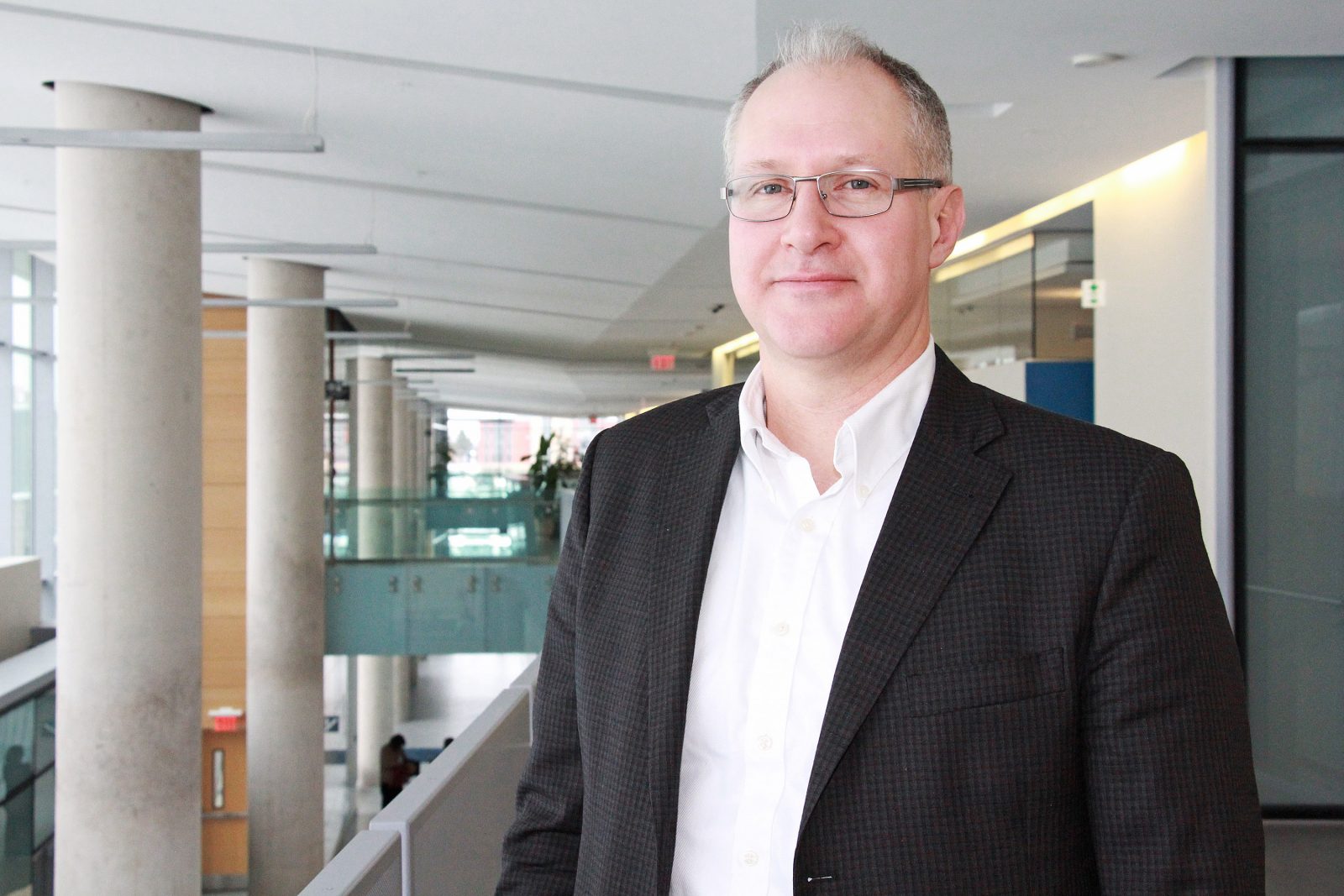 It was Brock’s reputation as an ambitious university striving to reach its next level of research excellence that drew Tim Kenyon’s interest.

And now, as the new Vice-President, Research, Kenyon has confirmed what his instincts previously told him: that Brock is “an institution poised to do great things.”

“Brock has been committed to increased research intensity and declared itself as a comprehensive university some years ago,” he said the week following his Jan. 1 appointment. “It has been making real strides to make that a reality.”

Kenyon joined Brock from the academic ranks at the University of Waterloo, where he most recently served as a Philosophy professor and the Associate Dean of Arts (Research).

In his new role, Kenyon is looking forward to being a part of Brock’s continued upward trajectory, providing support to colleagues and helping to ensure their dynamic, comprehensive research is being properly celebrated.

“There are researchers, professors and graduate students, among others, doing scholarship and research at Brock that really is excellent,” he said. “That work is making a huge difference within academic disciplines; it’s also having extraordinary impact beyond the academic sphere.”

Recognition of those contributions is critical because it provides colleagues a “shared understanding of what a big difference they’re making in the world,” Kenyon said. “That keeps everyone’s spirits elevated and keeps them focused on the value of their work.”

At the same time, this recognition also plays a pivotal role in showcasing to stakeholders, funders, government agencies and community members the significance and strength of the research underway at the University, he said.

“It helps them commit to supporting and sustaining research.

“We want to make sure that the world, the country, the province, and the region know about the great research that’s happening at Brock.”

Kenyon said the University was “extraordinarily well served” by his predecessor, Joffre Mercier, who led the University’s research administration on an interim basis for 16 months before a permanent replacement was found. Mercier previously held the Associate Vice-President, Research role prior to taking on the interim position.

“He did a great job, and without the support of an Associate Vice-President, Research — that’s incredibly difficult,” Kenyon said.

With the reins now passed on and work underway to create a sense of continuity in the University’s research realm, Kenyon is looking forward to being part of a “more strategic environmental scan that says where we are now, where we want to be and what it’s going to take to get there,” he said.

“That’s something the University as a whole has to decide.”

In addition to his administration work at Brock, Kenyon intends to continue his own research at the University. A philosopher of language who has written a widely-used critical thinking textbook, Kenyon’s current research takes language pragmatics, and insights from cognitive and social psychology, and applies them to problems in social epistemology and in critical thinking pedagogy.

He believes having experience both as a researcher and in research administration is a big part of providing successful leadership.

“If you have never been a researcher, you’ve never been faced with questions like: How do I apply for grants? How do I collaborate with and mentor colleagues? How do I support graduate students? How do I balance the research, teaching and service components of my career?” he said. “Without that experience, it would be too easy to miss the heart of the university research experience.”