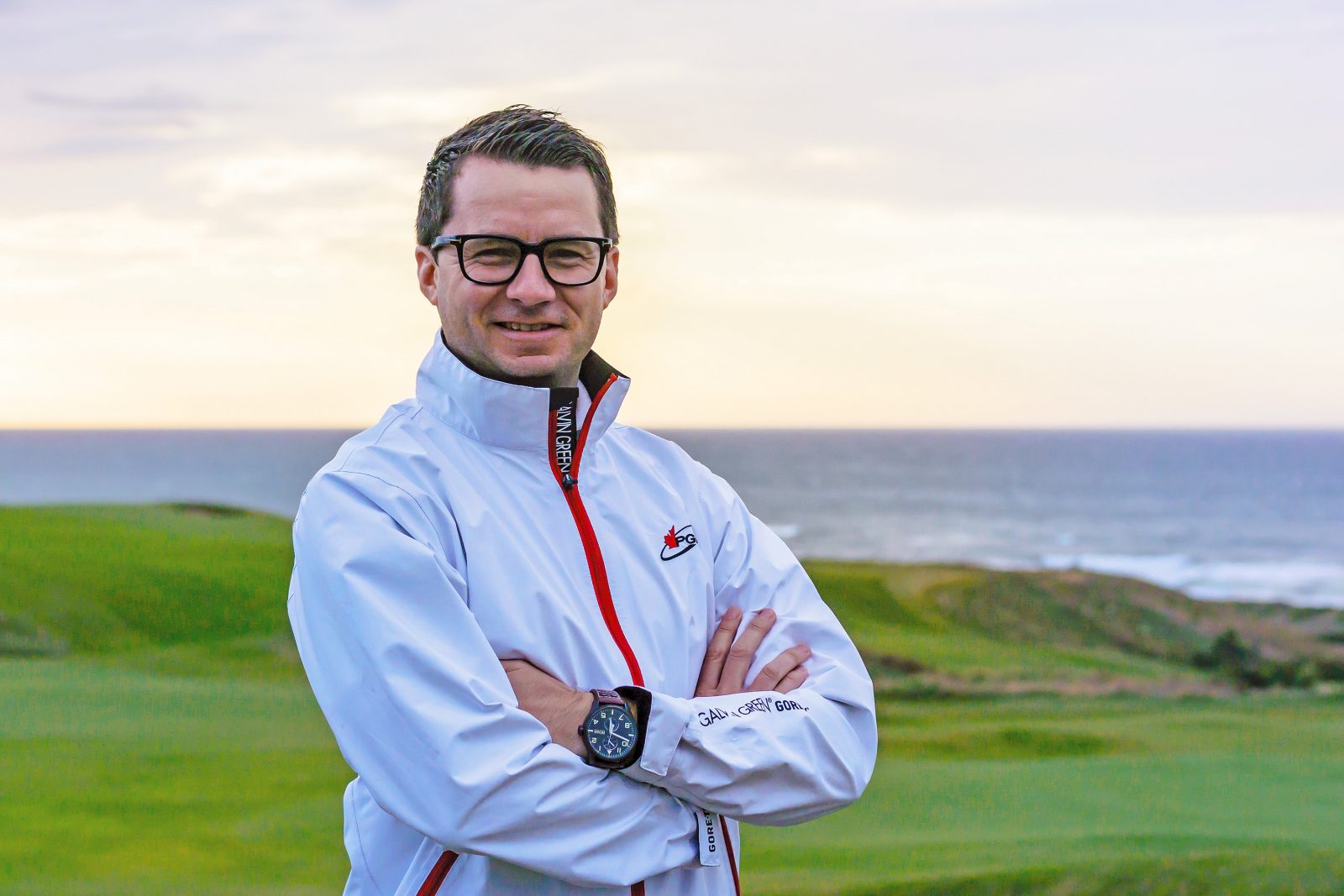 Brock graduate Jeff Dykeman has turned his passion for golf into a successful career.

Jeff Dykeman (BSM ’05) has been passionate about golf for as long as he can remember.

He began washing golf carts at the age of eight in exchange for time on the course, and has since used his favourite sport to launch a fulfilling career.

The founder and CEO of One Eleven Management Group, a sports and entertainment marketing company, now counts Cabot Links, Canada’s No. 1 ranked golf course and resort, as well as the PGA of Canada and PGA Champions Tour Winner Rod Spittle, among his clients. 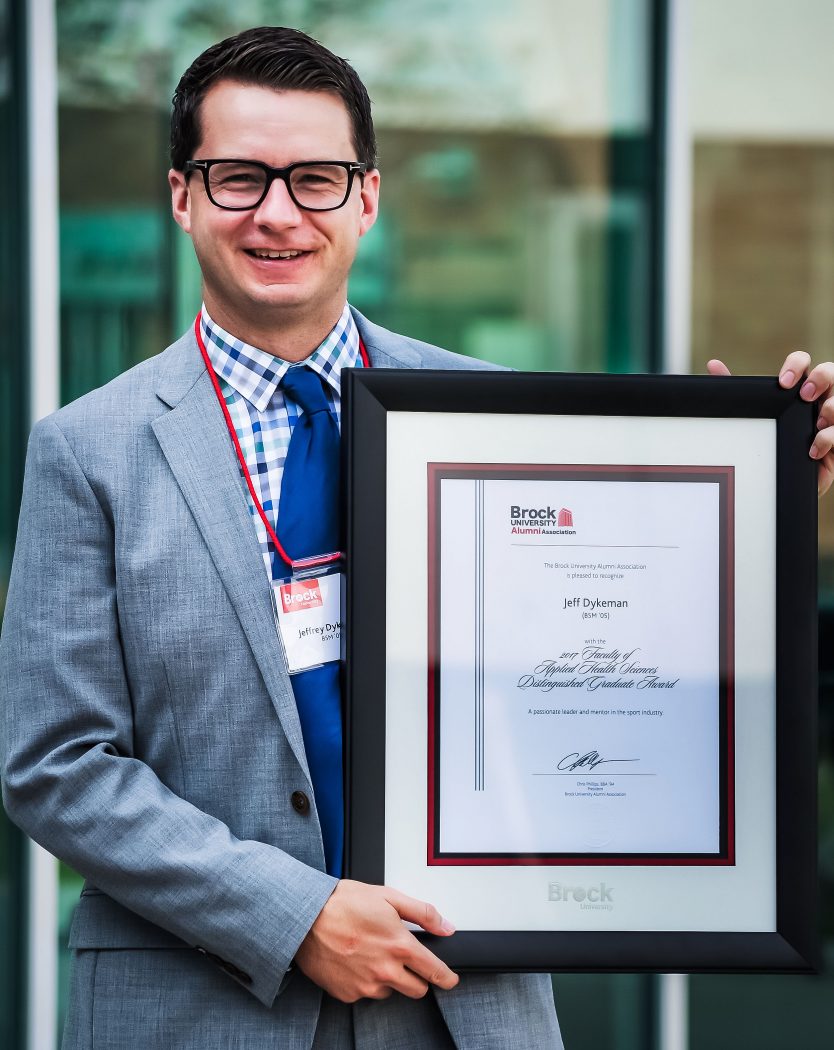 “As a youth, I spent most of my summers at our local golf course. The owners offered me different jobs so I could keep playing,” Dykeman recalls. “I think because I was always hanging around adults, I grew up a little sooner than other kids my age.”

This early interest in golf led the Ancaster native to Brock University’s Sport Management program and then on to a 13-year tenure with the Professional Golfers Association of Canada, where he solidified his reputation as a forward-thinking business development and brand manager within the industry.

“Many of my experiences in the past 10 years have allowed me to use the foundational lessons I received in the Sport Management program,” he says.

But Dykeman’s road to success hasn’t come without a few hazards on the course.

He once found himself in charge of a national championship held in Bermuda — with no golf clubs in sight.

“One of the biggest problems I’ve ever had to solve as a chief business officer was when a plane full of 100 Canadian PGA Professionals arrived from Toronto and the pilot announced that their golf clubs were still at Pearson.”

Dykeman and his team mobilized. They reached out to local radio stations and newspapers, and put out calls on social media asking anyone with clubs to lend them to the tournament.

“All people had to do was call a number and we would send a taxi to their house to pick them up,” he explains. “We were surprised by the response we got. All day, clubs were arriving by cab to the course with little notes of well wishes to the players.”

The golfers were gracious for the borrowed equipment, which for some brought back early career nostalgia. Meanwhile, Dykeman and his team worked with the event sponsor on chartering a plane to get back the missing bags. 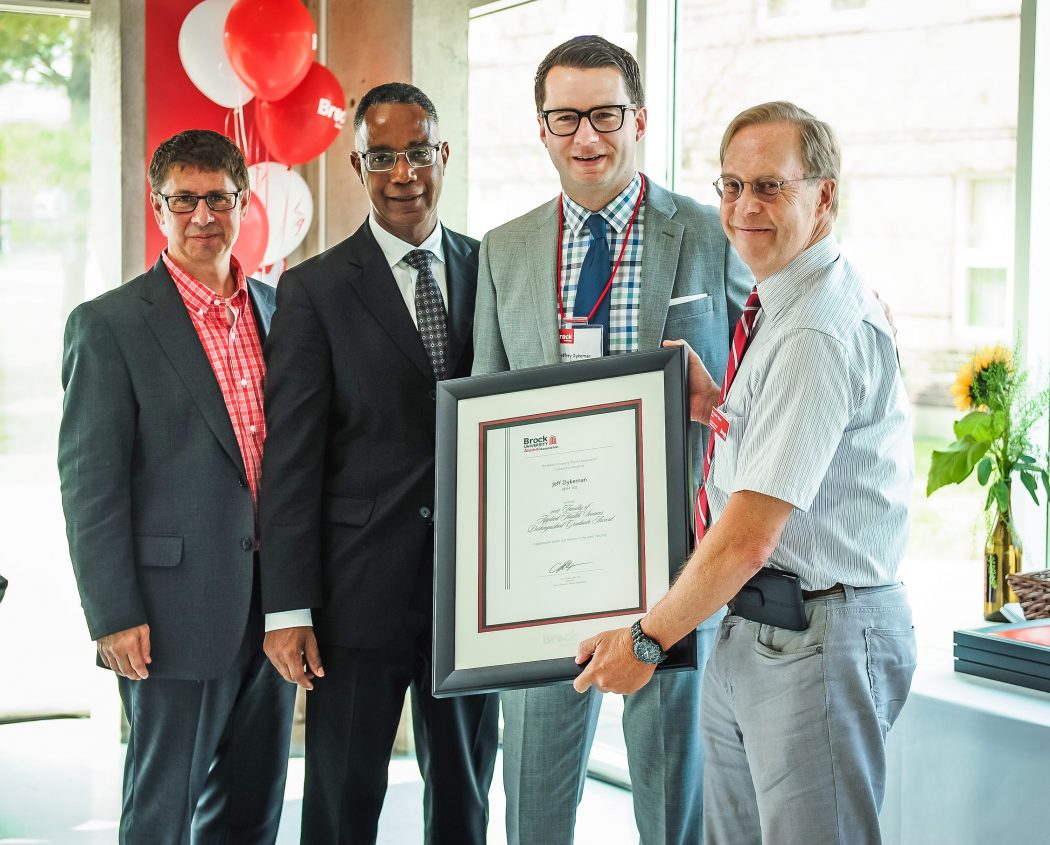 “Once everything was solved, you couldn’t wipe the smiles off people’s faces,” he says. “Everyone was so blown away by the positive support from the community, the hospitality and how everyone pulled together to solve this issue.”

While reflecting after all the clubs were returned, Dykeman realized the community involvement helped to make the event that much better.

Dykeman was named the 2017 Faculty of Applied Health Sciences Distinguished Graduate during Homecoming weekend in September. He is a member of the FAHS Dean’s Alumni Council and the Sport Management Alumni Advisory Board.

Asked what advice he had for Brock students, the grad suggested they immerse themselves in as many experiences as possible.

“The more you can get involved the better. If opportunities are not coming your way, get out there and volunteer. Practical experience is such an important part of applying the knowledge you’re gaining in the classroom.”