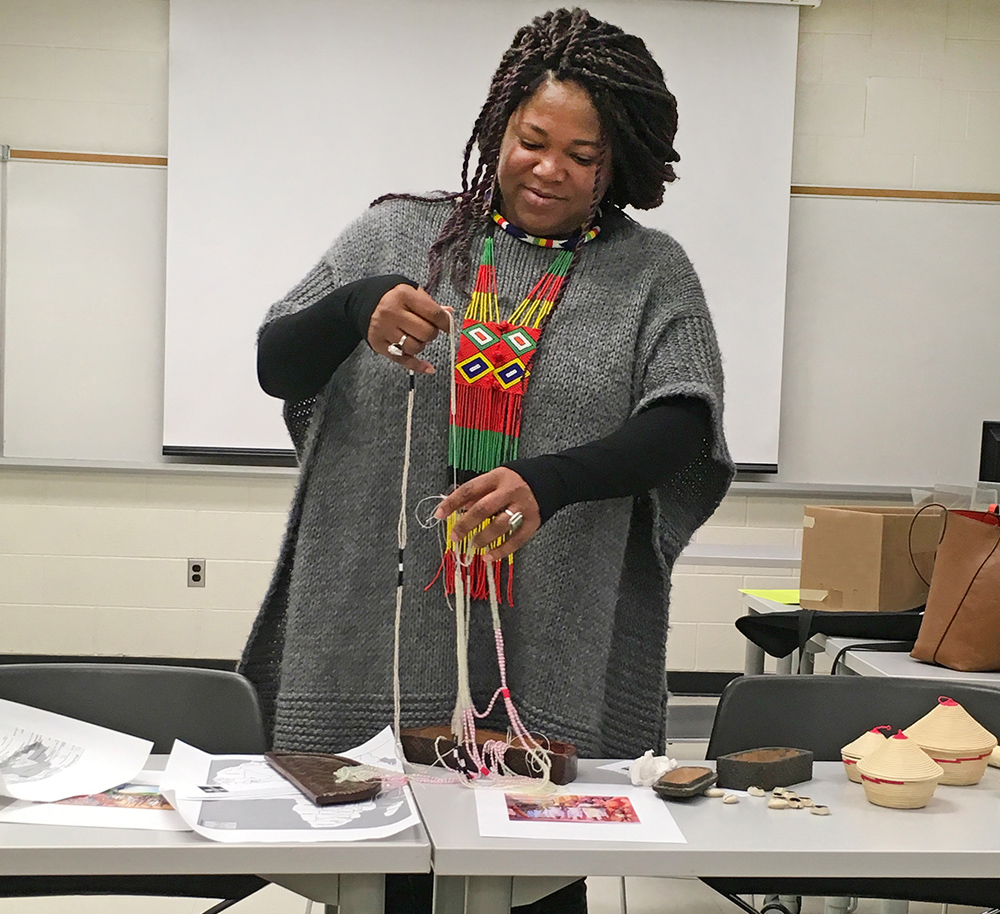 Brock University will mark Black History Month with a series of community events, including several meant to shine light on the contributions of African women in history.

Displays, interactive workshops, panel discussions and film screenings — many of them open to the public — will take place throughout February, both on and off campus.

“We organize these events in the spirit of equity,” said Jean Ntakirutimana, Associate Professor in the Department of Modern Languages, Literatures and Cultures. “It’s a matter of highlighting diversity and inclusion, which is also a part of Brock’s mission.”

Ntakirutimana stressed the importance of recognizing African Heritage Month, as it is also known, and acknowledging the accomplishments and struggles of black members of society throughout history.

“People of African descent have played an important role in the history of Canada and of the world,” he said, adding the month-long designation provides an educational opportunity to share those stories with the community.

Niagara is no exception, Ntakirutimana said, with people of African descent shaping the region’s history through their involvement in the Underground Railroad, building the Welland Canal and the War of 1812, among many others.

Special emphasis for this year’s Brock events has been placed on African women in history.

“That aspect is often forgotten,” Ntakirutimana said. “These feminine figures have played an important role in the history of humanity.”

The University is working in partnership with SOFIFRAN, an organization that aids French-speaking immigrant women who have settled in Niagara, on several events.

Reflections Unheard: Black Women and Civil Rights: Film screening and panel discussion  on Thursday, Feb. 1 from 5 to 8 p.m. in Sankey Chamber. Open to the public.

It Takes A Riot: Film screening and panel discussion of Simon Black’s film about the 1992 Yonge Street rebellion on Thursday, Feb. 8 from 3 to 5 p.m. in Sankey Chamber. Open to the public.

Contribution of Afro Descendent Women to the History of Humanity: A presentation by Nafee N. Faigou of SOFIFRAN and Jean Ntakirutimana of Brock University, on Thursday, Feb. 15 from 6:30 to 8 p.m. in Sankey Chamber. Open to the public.

Wilma: The Story of a Black Canadian: Film screening and Q&A with filmmaker Ayo Adewumi and Wilma Morrison on Saturday, Feb. 17 from 2 to 4 p.m. at the St. Catharines Public Library. Open to the public.

Babe I’ve Got to Go: Film screening and panel discussion with Andrew Moir, migrant labour advocates from Justicia, Jamaican farm worker from Vineland and a representative from the Jamaican Consulate. Held Thursday, March 1 from 6 to 10 p.m. at the Marilyn I. Walker School of Fine and Performing Arts. Open to the public.

Let’s Talk About Colourism: Held in the Student Justice Centre on Thursday, Feb. 8, the student-focused workshop, which aims to examine colourism in depth, includes an open discussion and short presentation. Closed event.

Let’s Talk About Black Love: Held Wednesday, Feb. 14 in the Student Justice Centre, the workshop includes a short presentation followed by an open discussion about stereotypes and expectations related to black love and interracial dating, among other topics. Open to the public.

Black Men and the Pressure of Masculinity: Film screening and panel discussion on Monday, Feb. 26 that will focus on the experiences of black men with toxic masculinity, social expectations and more. Open to the public.

The Kaleidoscope Experience: Exposition and gala on Friday, March 2 held to cap off the month’s celebrations, while also recognizing the richness of Afro-Caribbean culture. Open to the public.

The Bell-Sloman Collection: Public lecture held Wednesday, Jan. 31 from 7 to 9 p.m. in MW 156 at the Marilyn I. Walker School of Fine and Performing Arts. Open to the public.