World-class photographer with a Brock connection 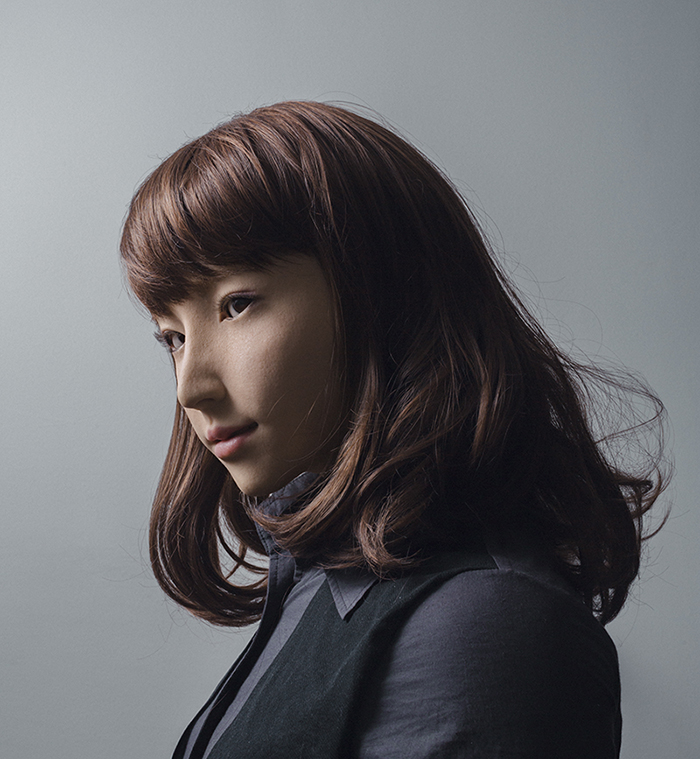 “One of Them Is a Human #1” by Maija Tammi won third place in this year’s Taylor-Wessing Photographic Portrait Prize. Tammi studied photography at Brock in 2008-09 with Visual Arts professor Amy Friend. (Image copyright Maija Tammi; Used by permission).

At first glance, the photo is a portrait of a young woman.

On closer inspection, the ‘woman’ isn’t human at all. It is, in fact, an android called Erica, developed by Hiroshi Ishiguro Laboratories in Osaka University, Japan.

The photograph, taken by Finnish artist Maija Tammi and titled “One of Them is a Human #1,” won third prize in this year’s prestigious Wessing Photographic Portrait Prize.

The photograph also has a surprising Brock connection. 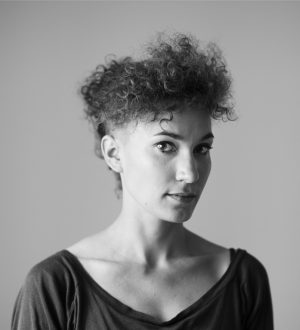 Finnish artist Maija Tammi, who studied at Brock University in 2008-09

Tammi spent a year studying film and art at Brock University in 2008-09. Although she already had a background in photojournalism, her experience at Brock, and in particular a course with Professor Amy Friend, encouraged her towards art photography.

“The Visual Arts program at Brock offers an abundance of opportunity for one-on-one interactions in class with students and professors,” says Friend.

Such interactions allow for personalized and concentrated instruction that allow students to reach their potential.

“Maija flourished in this environment and took advantage of the surrounding community with her interactive installations and thought-provoking course projects,” says Friend.

Tammi cites the film Five Obstructions, which she first saw in Friend’s course, as particularly influential.

The 1967 film shows the remaking of the same story five times, each with a different obstruction. This process of rethinking and reframing inspired Tammi.

“Once you have thought of a concept,” she explains, “you rethink it several times from different perspectives.”

Tammi was immediately interested in the ways obstructions can encourage creativity and used the idea in her class project, redoing the same photograph multiple times with different obstructions.

This experience in Friend’s course influenced her approach to photography. She gives herself obstructions, such as limiting her camera gear, to encourage her own creativity.

Tammi is particularly attracted to portraiture, which she says tells us more about ourselves as viewers of the photograph than the subject of the photo as we project our stereotypes on them.

One of Them is a Human #1 has attracted a lot of attention in the arts community. Although the Taylor Wessing contest rules state that the subject needs to be alive, Tammi’s photograph was accepted because it raises important questions about what it means to be human.

“I’m very excited about the conversation that has arisen,” Tammi says. “It is time to think about what it means to be alive.”

Tammi doesn’t shy away from difficult subjects; she is currently completing a practise-based PhD exploring representations of sickness in art photography.

Friend, who exhibited work in the same show as Tammi in New York in August 2015, has been watching her former student’s success closely.

“Her success is indicative of the connections that many students make with classmates and professors,” Friend says. “When I see opportunities that fit her areas of expertise I send them her way. These are the types of extended interactions that happen when we are given space to know our students.”

Tammi’s work was one of three finalists chosen from more than 5,717 submissions. Selected submissions, including the shortlisted portraits and competition winner, are on display at the National Portrait Gallery in London, England.