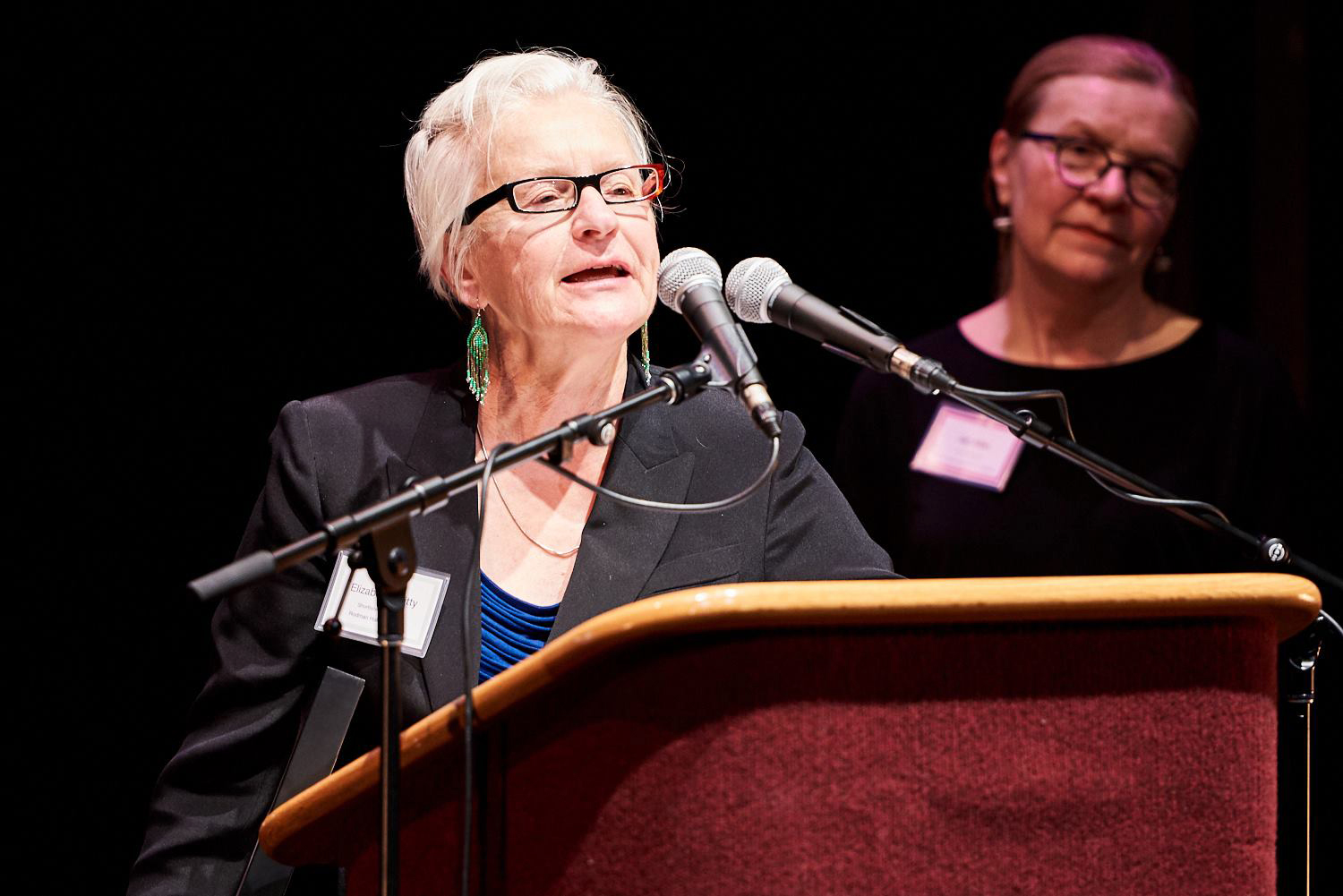 The grass is definitely greener for local artist Elizabeth Chitty after winning a prestigious award for her recent Rodman Hall exhibit.

Chitty’s exhibition, The Grass is Still Green, won Exhibit of the Year (Under $10,000) at the Ontario Association of Art Galleries’ (OAAG) annual awards gala Nov. 27.

Her show, curated by Marcie Bronson and presented at Rodman Hall from June to August 2016, explored ideas of place, land ownership, governance and treaties.

As a response to the Two Row Wampum, the 1613 agreement between the Haudenosaunee and Europeans, Chitty involved local students and volunteers in planting a garden of purple and white alyssum. 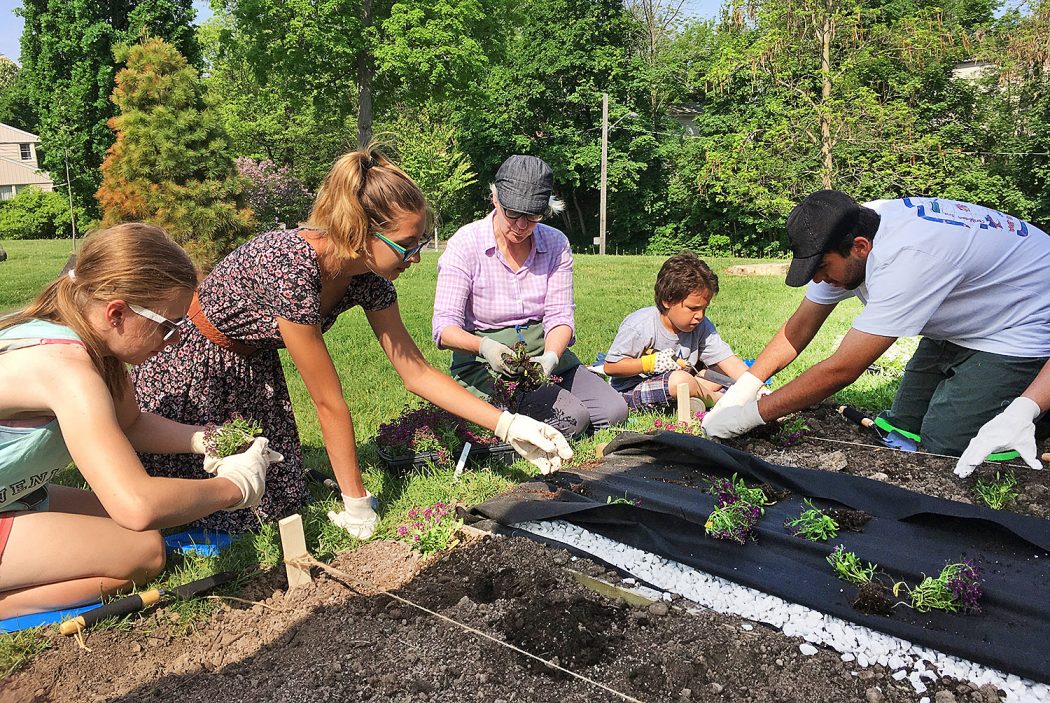 Elizabeth Chitty, centre, worked with local students and volunteers to install her exhibition, The Grass is Still Green, in the summer of 2016. Her exhibition at Rodman Hall won Exhibit of the Year (Under $10,000) at this year’s OAAG awards gala.

The Two Row Wampum outlined a commitment of friendship, peace between people and living lives in parallel forever — as long as the grass is green, rivers flow downhill, and the sun rises in the east.

A white stone path through the middle of Chitty’s installation invited visitors to walk in contemplation of each person’s role in honouring the Two Row Wampum.

Inside Rodman Hall, Chitty employed digitally manipulated archival photos and video to illustrate the treaty as a promise that must be honoured, embodied and lived.

“Elizabeth Chitty’s exhibition, The Grass is Still Green, was a site-specific response to the Two Row Wampum that affirmed this treaty in a local context,” says Bronson.

“Her exhibition illustrates how Rodman Hall’s programming engages with national issues on a local level and provides significant opportunities for local artists to exhibit and create new work.”

The exhibition, Chitty’s first solo show at Rodman Hall, also responded to the history of the Rodman Hall site and the touring exhibition Reading the Talk.

The show engaged with the local community, with Chitty working with local youth and with artist Keesic Douglas hosted a public dialogue that explored the role of the artist in reconciliation.

The annual OAAG awards recognize excellence in arts institutions and individuals in the public art gallery sector across Ontario by celebrating gallery professionals and artists.