Couponing for a cause 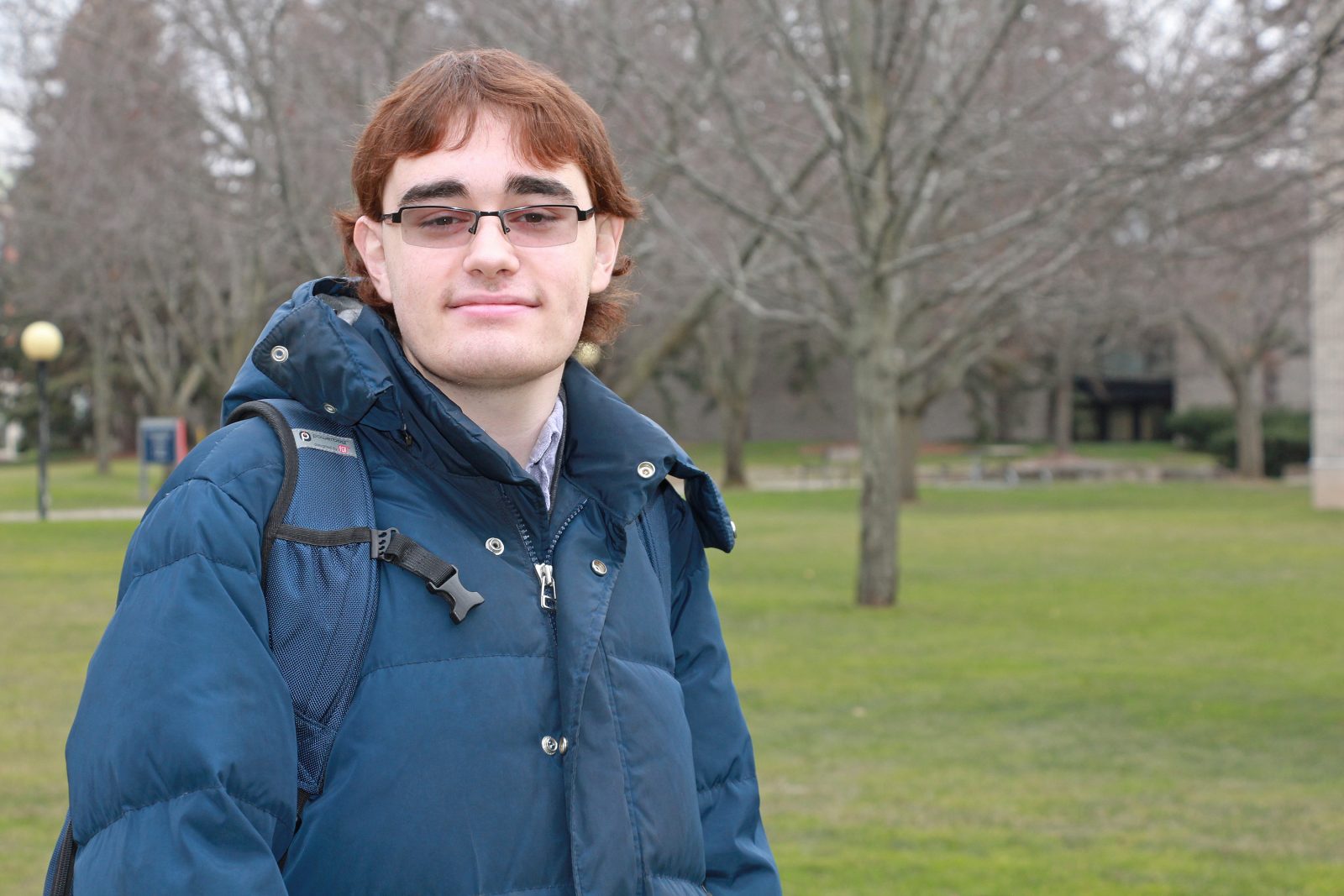 Third-year Business Administration student John Battaglia uses his passion for couponing to help those in need.

With his head down and his eyes peeled, John Battaglia can often be found meticulously poring over commercial flyers.

Whether he’s sifting through paper advertisements or scouring internet offerings, the third-year Business Administration student is always on the hunt for a good deal.

But rather than aiming to stock his own shelves, Battaglia is using his passion for couponing to help those in need. 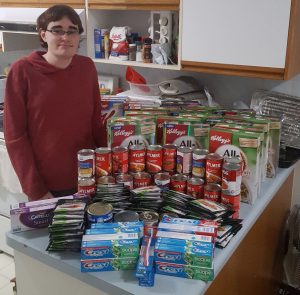 Since the beginning of November, he has been searching for sales and other opportunities to access food and hygiene products to donate to Community Care St. Catharines and Thorold.

On a limited budget himself, the 20-year-old Ajax native uses his couponing prowess to get items “extremely below cost,” if not for free, that are needed at the local food bank.

“I just want to help people that need that little extra boost,” said Battaglia, whose family recently moved to Newmarket.

His first foray into couponing came the year before he began university, as he prepared to head away from home and manage his own finances.

When he discovered his newfound skill allowed him to collect more than his regular grocery needs, he decided donating to others was a fitting next step.

Battaglia has since made donations of non-perishable items and hygiene products totalling more than $1,500 to a youth shelter in his hometown, the Brock University Students’ Union Food First program and Community Care. He also makes smaller donations of perishable items, such as meats, throughout the year.

He’s planning to provide an additional $500 in goods to Community Care just before Christmas.

“I’m hoping to make the donation just before I go home for the holidays, this way I have as much time as possible to collect as many items as I can,” Battaglia said.

“I’m always looking for whatever is the best deal that week or that month — whatever I can get my hands on.”

This month, a deal on cereal allowed Battaglia to collect 25 boxes for his donation haul. The boxes have been added to a collection of soup, pasta, tuna, sauce, toothbrushes and toothpaste that has already accumulated in his bedroom.

Asked about the basics of couponing, he admitted for many people it can seem quite complicated.

“There’s a lot to couponing,” he said. “There’s paper coupons, points, cash back deals, price matching. There’s so much more to it than people often realize.”

Battaglia estimated he spends about 10 hours a week — even during exam season — on his couponing hobby.

He runs a Facebook page called Brock Affordable Groceries for Students (BAGS), in which he posts weekly deals that students may find beneficial.

He wants to someday turn his love of couponing into a career, helping low-income individuals, seniors and families who “need that little bit of extra help” to access groceries at a reduced cost.

“I’d like to host sessions in the community for learning about couponing,” he said, and to “do the shopping for those who need the help but don’t have the time to dedicate to it.”

While Battaglia does the shopping on his own, he belongs to a network of ‘couponers’ who accept his unused coupons in exchange for deals more suitable to his donation plans.

“People are very supportive,” he said. “They love to see I’m using the coupons for something more than just myself.”

Battaglia is motivated by the thought of helping others.

“At first, I thought I wanted to be an accountant, but I realized that’s not me, that’s not who I am,” he said. “I want to help people anyway I can and couponing is a great start.”

His own budget is expected to get tighter next year, when he reduces his grocery allowance to $25 from $50 a month, but he plans to continue making regular donations. 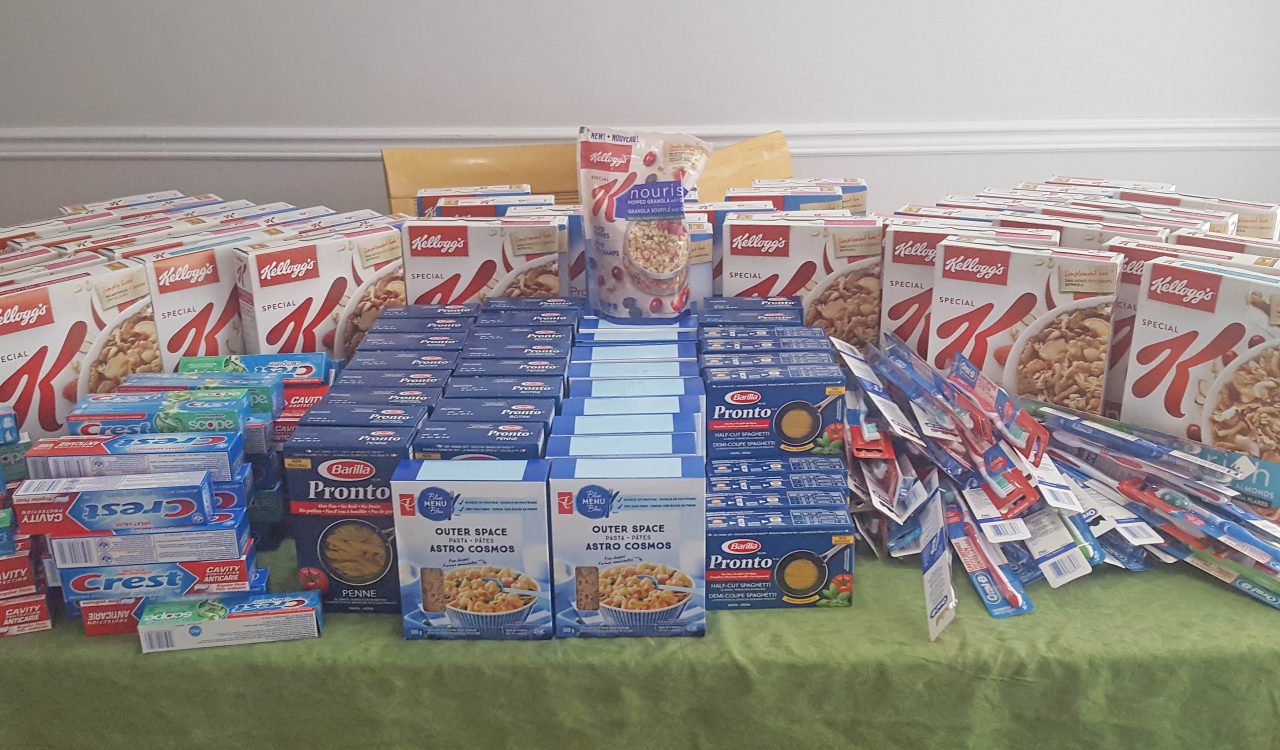