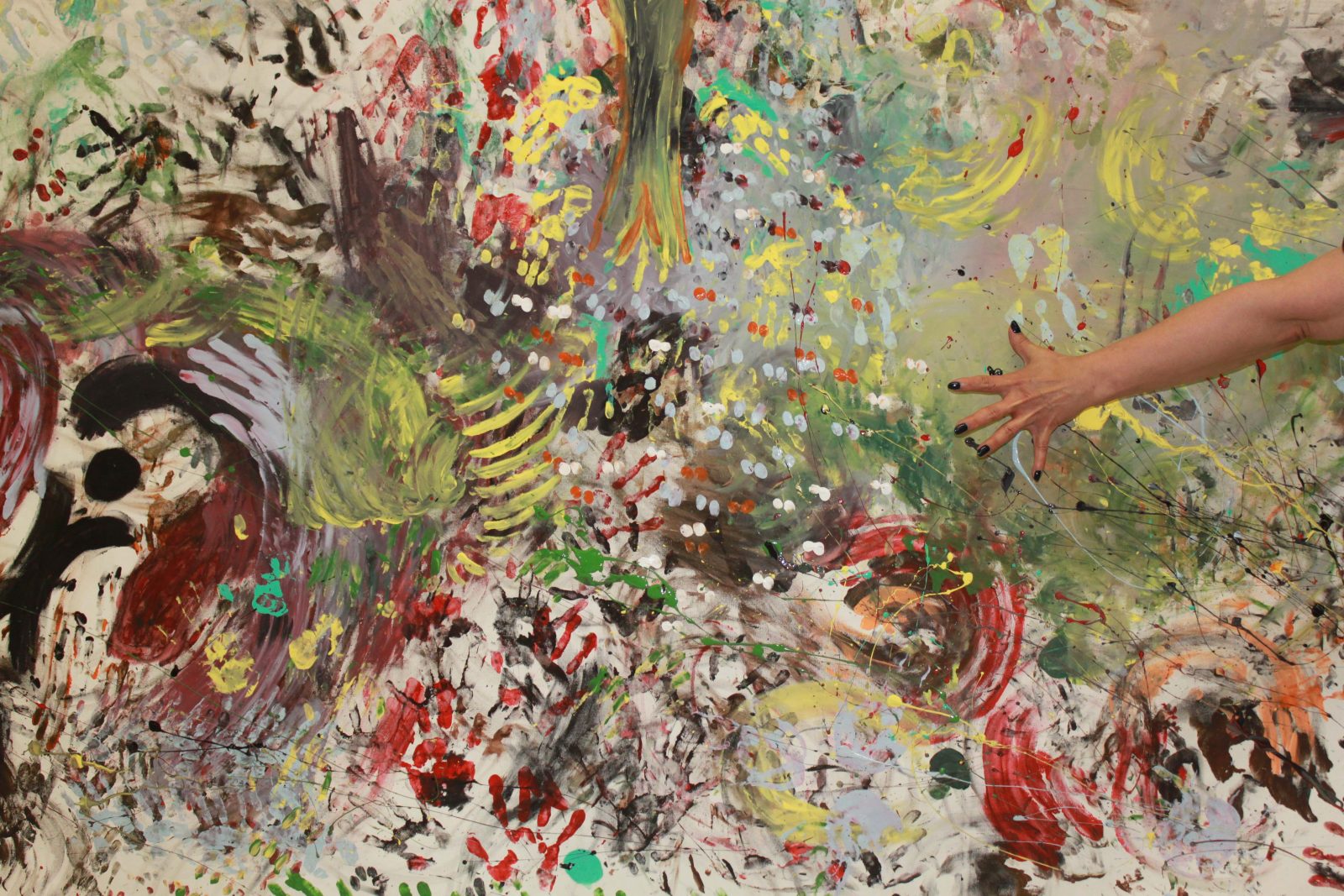 The cast of We Want to Paint on the Walls of the Cave, a play created by several Brock faculty members and community artists, same together to create a massive canvas featured in the production. The show will be presented at the Festival of Readers on Saturday, Nov. 4 in St. Catharines.

Brock faculty members, graduate students and community artists have come together to transform the work of a Brock researcher into a play to be performed at this weekend’s Festival of Readers.

We Want to Paint on the Walls of the Cave: Stories from the Contact Zone blends dance, music, drama, poetry, visuals and audience participation to explore the experiences of immigrants, refugees and indigenous peoples in Canada.

Since it was first performed at the In the Soil Arts Festival in April, the play has been expanded with new content and performers.

Snezana Ratkovic, a research officer and instructor in the Faculty of Education, worked with colleagues in the Faculty to develop the play based on her PhD research into the experiences of refugee women.

Having settled in Canada as a refugee from the former Yugoslavia, she understands the challenge of creating a new life in an unfamiliar country.

Named after a transcript poem Ratkovic created, the play’s title reflects how the women in her research wanted to express their creativity while striving to learn new languages, rebuild careers and support their families.

Ratkovic credited the support of several faculty and community members for helping to bring the production together.

Associate Professor Kari-Lynn Winters, in the Department of Teacher Education, is the play’s director and co-playwright; Assistant Professor Catherine Longboat, of Brock’s Tecumseh Centre For Aboriginal Research and Education, used her expertise of the indigenous community to aid in the play’s creation; Tecumseh Centre Assistant Professor Spy Dénommé-Welch composed the show’s music; recent Brock graduate Heryka Miranda, a social change dance artist and activist-scholar, worked with the performers as a choreographer and dance director; and Catherine Magowan, Dénommé-Welch’s composing partner, was the recording engineer.