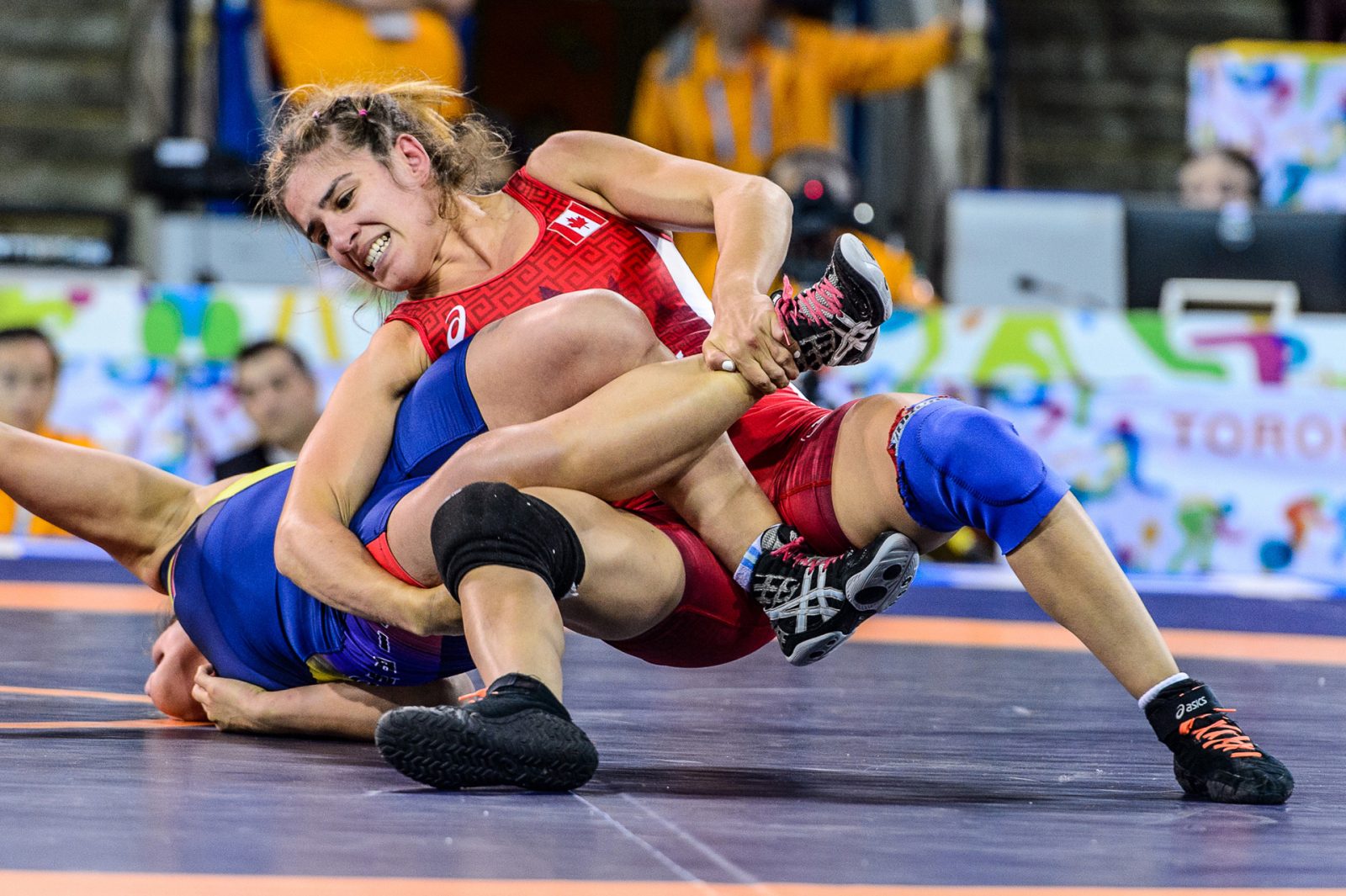 Olympian Michelle Fazzari was one of five Brock wrestlers to win gold at the Commonwealth Games Trials over the weekend.

Five Brock wrestlers were victorious at the Commonwealth Games Trials hosted by Wrestling Canada at Simon Fraser University over the weekend.

“This was an outstanding day for the Brock wrestling team qualifying five athletes for the Commonwealth Games,” said Badgers head coach Marty Calder. “That is the most that our club has qualified and signifies that the athletes’ hard work and commitment is paying dividends.”

The Trials, running United World Wrestling’s new Olympic weight classes and a same-day weigh-in, saw many athletes competing in different classes than they had in the past. The winners of each weight class are provisionally nominated to the Canadian team competing in the 2018 Commonwealth Games in Australia in April.

“We competed very well today, especially considering it was the first tournament of the season,” said Calder. “These athletes have skill, they have heart and they have passion. That is a nice mixture of attributes that often lead to success. We look forward to our journey this year and seeing where it will lead us.”