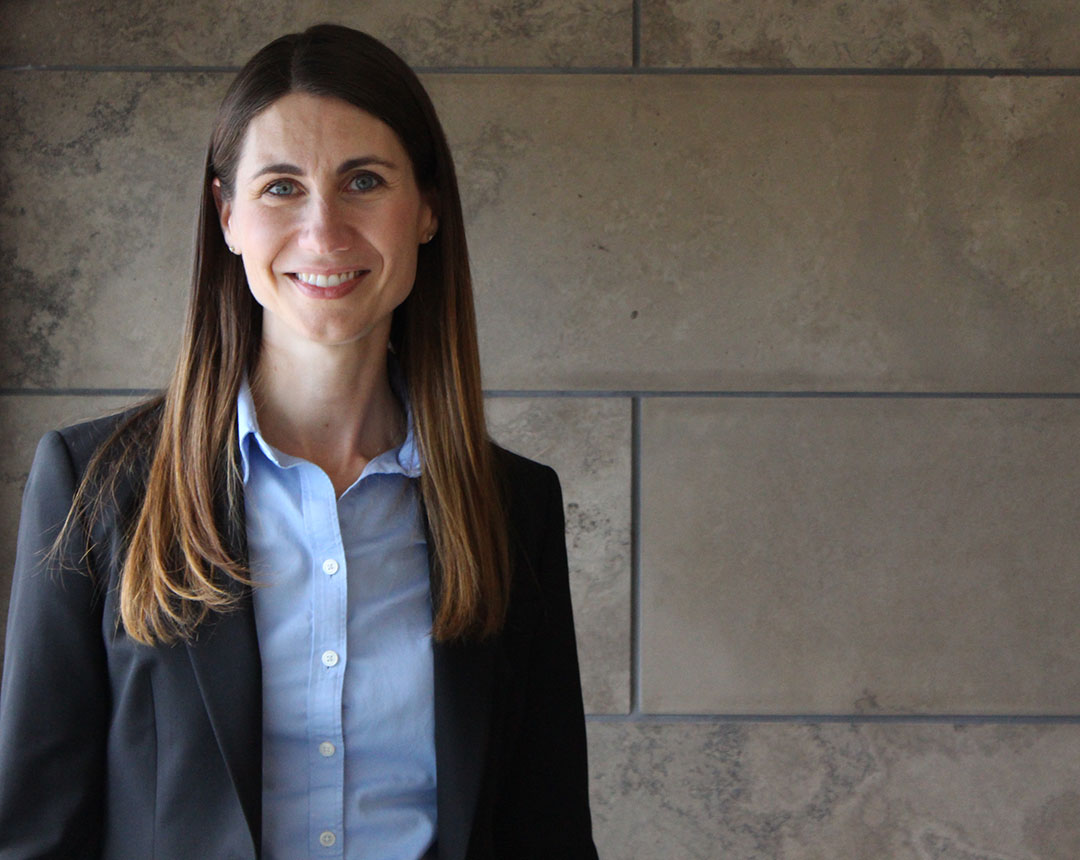 Water is all around us, and it’s something many Canadians take for granted. But water quality and quantity is increasingly threatened by climate change, pollution and other human-driven impacts.

Brock University Assistant Professor Julia Baird researches how we can foster resilience of freshwater resources through management and governance in an era of rapid change and uncertainty.

“Water is vital; everybody knows it. Water is an incredibly critical resource and it’s under pressure,” says Baird, who was named Brock’s newest Canada Research Chair last week by the Canadian government.

As Canada Research Chair in Human Dimensions of Water Resources and Water Resilience, Baird is studying a “new water paradigm,” a view that recognizes the complex interactions between freshwater social and ecological systems that are constantly being influenced by internal and external forces.

Because of this complexity, uncertainty and dynamic nature of these systems, the old “command-and-control” approach to making decisions about water “is not going to sustain ecosystems or humans in the future,” says Baird.

The foundation of her work is the concept of resilience: the capacity to retain structure and function during times of change; learn, adapt and transform when faced with that change; and organize itself to meet the challenges.

“I’m interested in management and governance approaches that incorporate ideas of resilience: the ability to adapt and change to support human and ecosystem well-being,” says Baird, Assistant Professor in Brock’s Environmental Sustainability Research Centre (ESRC) and the Department of Geography and Tourism Studies.

Underlying Baird’s work is the belief that humans are impacting the earth and that a new time period — the Anthropocene — should be added to the planet’s official geologic timeline.

“We are in an era where humans are the driving force of change,” she says. “We need to really think about how we’re managing our actions. The social dimension is critical.”

Baird’s research will focus on how freshwater resilience can be fostered by society and what needs to be done to respond to increasing challenges and complexities.

She will also examine how individual actions aimed at restoring the ecosystem contribute to building resilience, and understand how social networks and other factors influence decision-making at that individual level.

Baird says she “couldn’t be happier” with her Canada Research Chair appointment.

“It’s a really great opportunity,” she says. “It provides tremendous support for my program of research and acknowledgement of the importance of water resilience as a priority research area here at Brock and for Canada.

“This also provides opportunities to engage in national and international collaborations. It gives me that boost at the beginning of my career to really excel in my field.”

Baird, who has a background in agricultural sciences and environment and sustainability, joined Brock in 2011 as a post-doctoral fellow, earning her PhD from the University of Saskatchewan in 2012. She became an adjunct professor in the ESRC in 2015, and an assistant professor in the ESRC and the Department of Geography and Tourism Studies earlier this year. She says the ESRC, Faculty of Social Sciences and Office of Research Services have all played a big role in supporting both her work and the CRC nomination process.

“Baird is an outstanding researcher whose work has national and international impact. This award recognizes her outstanding accomplishments, and it will help further her career as a scholar,” says Joffre Mercier, Brock’s Interim Vice-President, Research.

With Baird’s award, Brock now has a total of 11 Canada Research Chairs.