Brock physicist on the hunt for neutron beam source 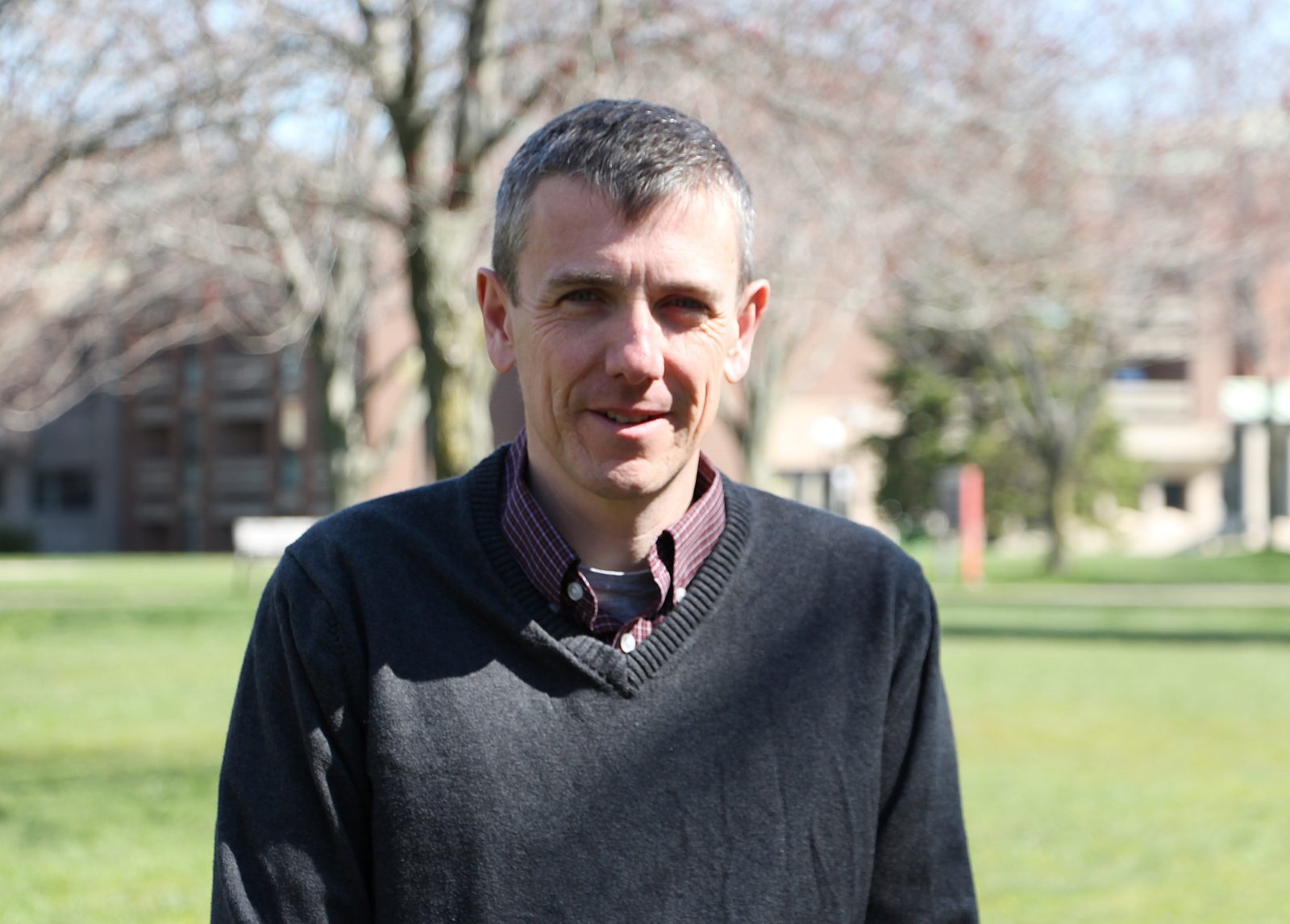 You can find a lot of things on Kijiji, but a neutron beam from a nuclear reactor isn’t one of them.

That’s why a team of Canadian scientists, headed up by Brock University Associate Professor of Physics Thad Harroun, is travelling to Sweden next week in hopes of striking up a partnership to access the European Spallation Source (ESS), a neutron beam source facility being built there.

The meetings are meant to prepare for next year’s closure of Canada’s National Research Universal nuclear reactor in Chalk River, Ont.

The 60-year-old reactor — the world’s oldest operating research reactor — is slated to shut down in March 2018, after which Canadian and other scientists will no longer be able to use the highly specialized equipment in their experiments.

“We understand the decision, but we’re a casualty of that decision,” says Harroun, who is President of the Canadian Institute for Neutron Scattering and a working group leader within the Canadian Neutron Initiative (CNI).

Harroun says until another Canadian nuclear research facility is built, “We’d like to press the Canadian government to put in a stop-gap emergency measure so that we can continue our research elsewhere.”

That could mean the government purchasing ‘beam time’ at a foreign facility, as well providing upgrades to the nuclear reactor at McMaster University, says Harroun.

The CNI has its eye on Sweden’s European Spallation Source, a highly sophisticated facility under construction in the southern Swedish city of Lund that is expected to “both greatly exceed and complement today’s leading neutron sources,” says the ESS website.

The CNI has asked the federal government for $24 million over the next three years and $19 million a year between 2021 and 2029 to purchase experimental time and expertise at foreign laboratories such as the one in Sweden, as well as upgrading the nuclear reactor at McMaster.

Harroun says a neutron beam source is very important “for the basic discovery science that impacts everyone researching materials.”

A neutron beam is made up of a stream of neutrons that chemists, biologists and physicists use to study their various samples of everything from metals and polymers to nano-structures, drugs and foods. The beams come from nuclear reactors and particle accelerators.

“We use it much like an X-ray beam to study the atomic structure of cell membranes,” says Harroun, who uses neutron beams in his cell membrane research.

He says the beams are “especially suited” for biological and other specimens that contain a lot of hydrogen.

“Neutron beams have key advantages in scientific research: They’re non-destructive; they penetrate through materials really well; and they’re the only one that probes magnetic structures,” says Harroun.

The Canadian Neutron Beam Centre lists examples of past neutron beam research that benefits many Canadians, including:

Canadian Bertram Brockhouse shared the 1994 Nobel Prize in Physics for breakthrough neutron scattering research he conducted at the facility.

In addition to the Chalk River facility, Canadian researchers currently use a small amount of foreign neutron beam sources, including France’s Institut Laue-Langevin and the NIST Center for Neutron Research near Washington, D.C.

Through an agreement funded by the Canada Foundation for Innovation and McMaster University, some additional research is done at the Spallation Neutron Source in the U.S. But that agreement is also set to expire next March.

“We’re really under the gun,” says Harroun. “Unless there’s special intervention, Canadian researchers are going to be shut out of the whole neutron beam research world pretty soon, making it that much harder for us to do our experiments.”