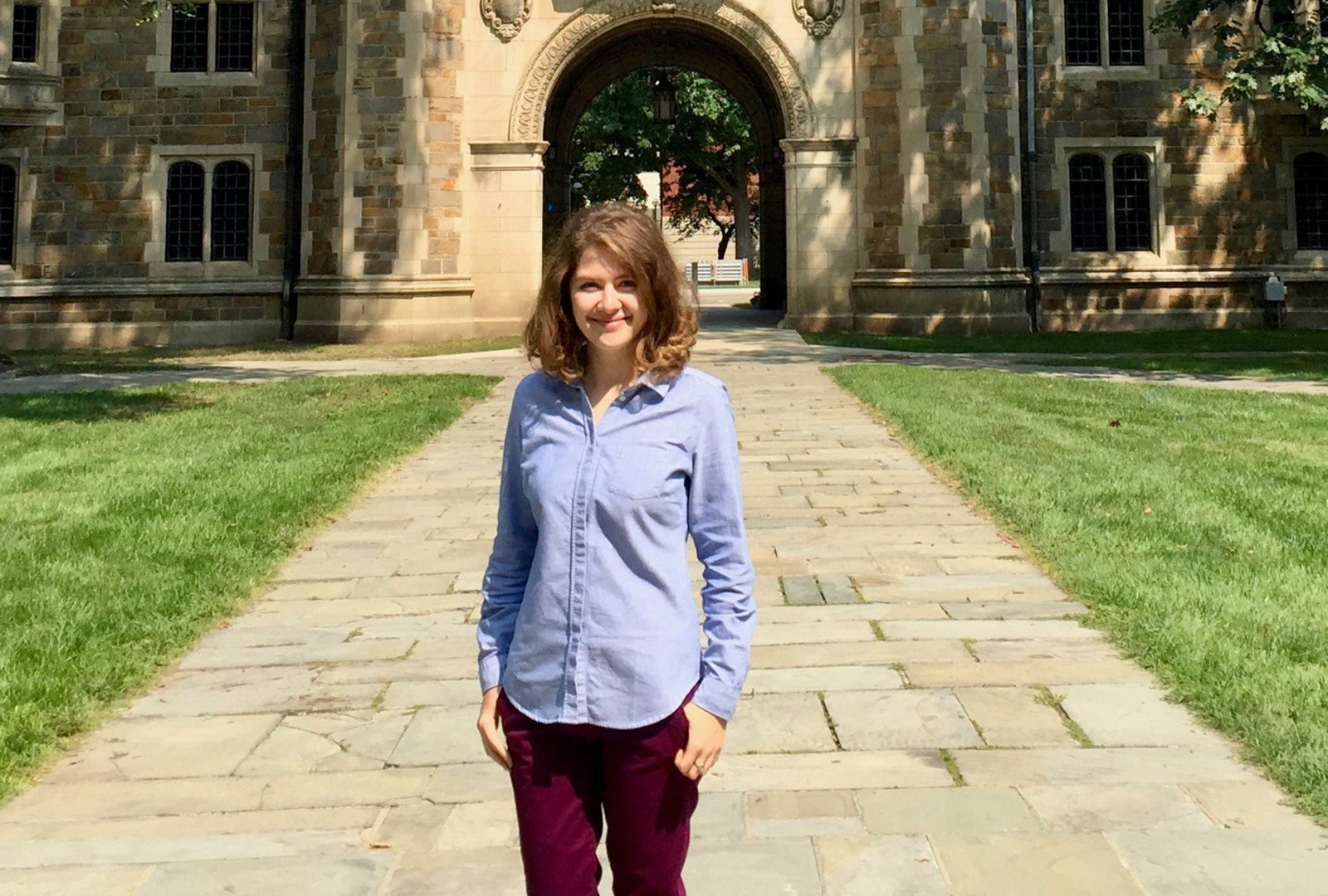 Brock alumna Shirin Makhkamova (BA ’14) was inspired to continue her studies at the University of Michigan's law school after meeting Terry O'Malley at the O’Malley Lecture and Grant Dobson Case Competition in 2013.

A last-minute decision to enter a case competition turned out to be one of the best experiences of Shirin Makhkamova’s time as a Brock University student.

Created by St. Catharines native and advertising icon Terry O’Malley, the O’Malley lecture honours his legacy as one of the most legendary creative talents in modern Canadian advertising. For the past 16 years, the lecture series has exposed Brock students to some of North America’s top marketing and business communicators.

This year’s O’Malley Lecture will be held Tuesday, Nov. 21 at 7:30 p.m. in Brock’s Sean O’Sullivan Theatre. This year’s lecturers are Peter Ignazi and Carlos Moreno from Cosette, which was behind the highly successful SickKids ‘VS’ campaign launched in 2016.

Broderick introduced Makhkamova to O’Malley four years ago when she took part in the lecture and case competition.

“When I first met Terry, I was incredibly nervous as I knew how accomplished he was as a marketing professional,” Makhkamova says. “Thankfully, he was encouraging, kind and curious about my studies. I’m still to this day thankful that we made that initial connection and have remained friends.”

Makhkamova, now in her final year studying law at the University of Michigan, is looking forward to her graduation next spring when O’Malley and his wife will be there to congratulate her.

“Majoring in communications at Brock opened doors for me that prepared me for law school and I wouldn’t have been able to do what I am doing now without what I learned at Brock,” she says.

The smaller class sizes and close relationships she developed with her professors while studying here allowed Makhkamova the opportunity to explore what her strengths were and improve upon her weaknesses, which prompted her to attend law school.

“I wasn’t sure what I wanted to do and wouldn’t have considered becoming a lawyer if it wasn’t for Terry O’Malley and my professors. Having people encourage you to consider all your options was reassuring,” she says.

Makhkamova encourages students attending the lecture and case competition this year to know their worth and says, “don’t underestimate yourself as an undergraduate student. Make sure you consider all your options.”

Lynn Posluns and JoAnne Korten, the Initiative’s founder and executive director, respectively, will be at the Dobson event, marking the first time the subjects of the case competition being contested by Brock students will be on hand to observe.

The O’Malley Lecture in Marketing and Advertising will follow at 7:30 p.m. in Sean O’ Sullivan Theatre.

Complimentary tickets to the event are still available for faculty, staff, students and the Niagara community through the Department of Communication, Popular Culture and Film website.

What: 17th annual Terry O’Malley Lecture in Marketing and Advertising

Who: Free tickets available to faculty, staff, students and the Niagara community