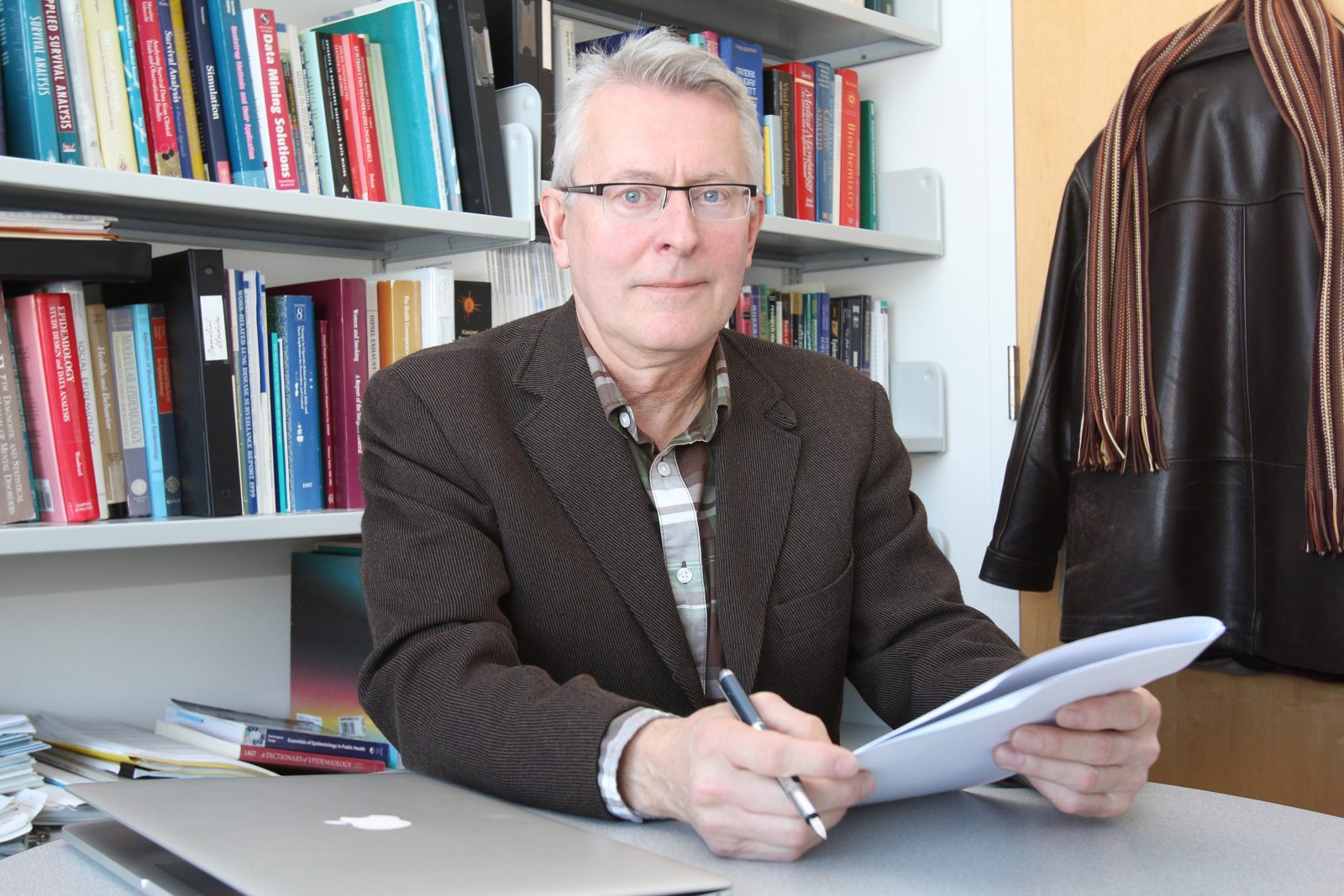 A lung cancer prediction model developed by a Brock University scientist is highly effective in catching the disease in its early stages when combined with screening and follow-up, says a new national study.

Brock Epidemiologist Martin Tammemägi led a team of researchers from across the country in a first-of-its-kind study that recruited people for lung cancer screening based on the results of his lung cancer risk prediction model.

“We wanted to demonstrate that using the risk prediction model for enrolling people into the screening program was going to be efficient and successful and in fact, that’s what we showed,” says the professor in the Department of Health Sciences.

In the study published Wednesday, Oct. 18 in the journal Lancet Oncology, the research team recruited 2,537 participants from eight study centres across Canada between September 2008 and December 2010.

The participants, current and former smokers between the ages of 50 and 75, were identified to be at risk for developing lung cancer after filling out Tammemägi’s risk prediction calculator.

They were offered computed tomography (CT scan) lung screening at the start of the study, after one year, after four years and with additional follow-ups.

Participants also filled out questionnaires measuring their quality of life.

“We followed individuals on average for five-and-a-half years to see if they developed lung cancer and in fact, we found more lung cancers than expected,” says Tammemägi. “The prediction model is a tool that is very successful at identifying individuals at risk of developing lung cancer at an early, curable stage, so that is good news.”

Building on earlier efforts in the U.S., Tammemägi’s model uses a wide range of factors — such as smoking status, intensity and duration, age, Body Mass Index and family history of lung cancer — along with mathematical equations, to predict the risk of an individual getting lung cancer.

The study also found that people are less anxious about undergoing CT scanning than researchers thought they would be.

More details of the study, funded mainly by the Terry Fox Research Institute and the Canadian Partnership Against Cancer, can be found here.

Lung cancer is the leading cause of cancer death in North America and in many other countries. Five-year survival rates for lung cancer are only about 17 per cent. This is because lung cancer is usually diagnosed after symptoms have appeared and the disease is at such an advanced stage that it is no longer amenable to surgical cure.

Research has shown that if the lung cancer is detected early when it is localized, it can often be completely removed surgically and the survival rates are much higher.

The lung cancer screening pilot project based out of three Ontario centres is the first in Canada to couple the risk prediction model with CT lung scanning, essentially replicating the Lancet Oncology study in public health practice.

“Our current work is aimed at further improving our prediction models and identifying and emphasizing the important components of the model so that lung cancer screening will be more efficient and more lung cancer deaths can be averted,” says Tammemägi.