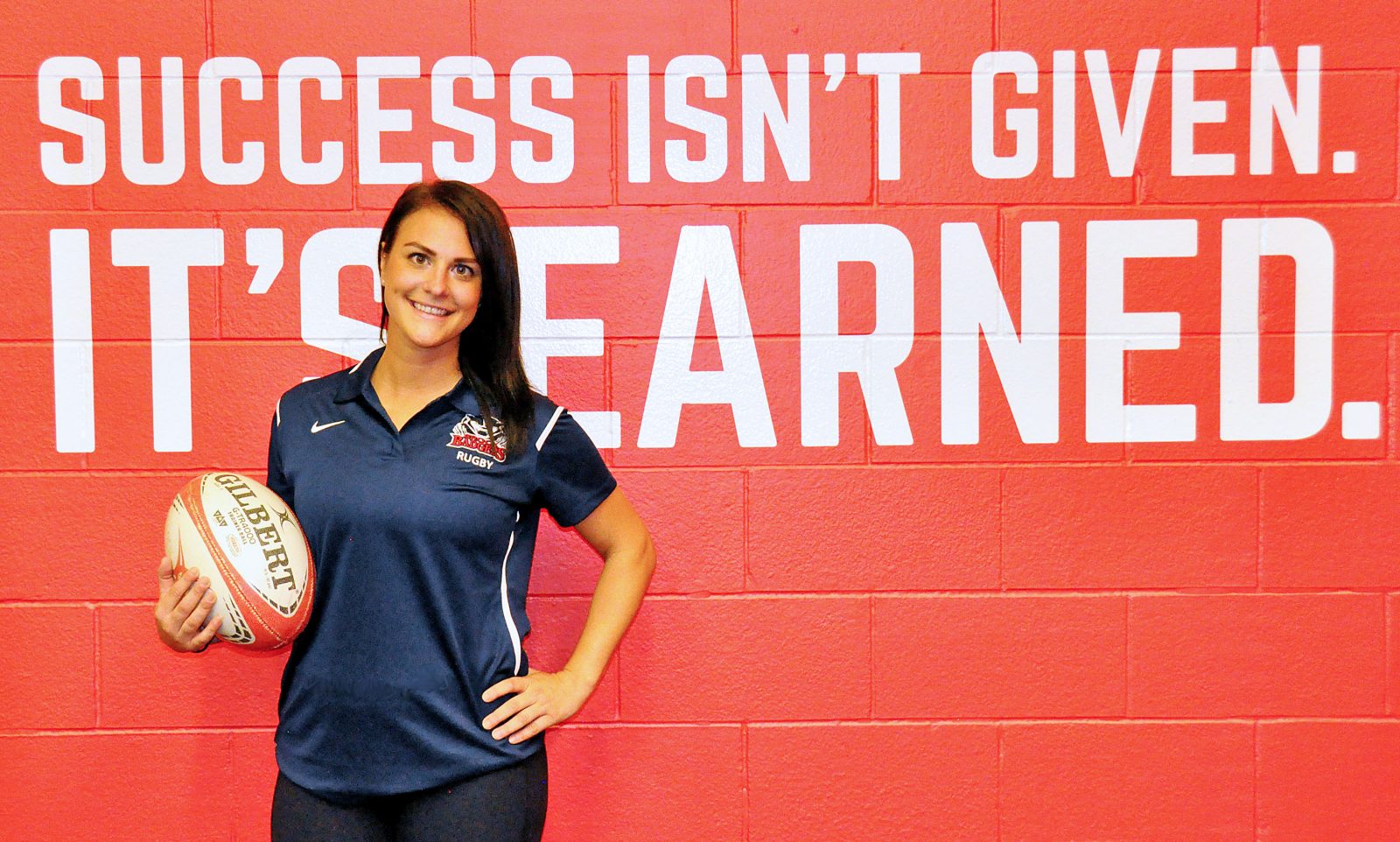 As she did when she was a varsity player, Stefanie Pavlovich is making a big impact as head coach of the Brock Badgers women's rugby team.

In her first two seasons as head coach of the Brock women’s rugby team, the former CIS All-Canadian has built a strong program at her alma mater, leading the Badgers into the playoffs and putting them in a position to make history.

After going 2-2 and losing in the first round of the playoffs last year, Brock went 4-0 this season, scoring a province-leading 352 points, and will open the playoffs Friday night on the road against the York Lions.

On the line is a trip to the Ontario University Athletics Final Four, where the Badgers women’s rugby team hasn’t been since 2005. Pavlovich was a standout player at the time, and she helped lead Brock to bronze, the first and only medal in the team’s history.

Repeating that mark will be a challenge, but Pavlovich believes her team has the talent it needs for a legitimate shot at an OUA medal, and a trip to the nationals for the first time.

A native of Stoney Creek, Pavlovich was a standout fullback in high school and club rugby. When she arrived at Brock in the fall of 2005, she made an immediate impact on the field, and in the classroom.

She finished her career as a two-time OUA All-Star and CIS First Team All-Canadian. She was also a three-time Academic All-Canadian, graduating from Brock with three degrees (BEd ’10, BPhEd ’10, MEd ’11).

Taking over the reigns as head coach in 2016, she changed the culture of the program, focusing on dedication and commitment to athletic and academic success, as well as off-season training and a family atmosphere.

“The main focus of our culture change is all about being committed and having a positive mindset,” said Pavlovich. “And that’s not just the expectation of the student-athletes, it is what we model as coaches. These girls know that we are committed to their overall well-being both on and off the rugby pitch, and they have to be committed as well.

“They have to believe that they are worthy of doing great things. We believe in them and know that they are highly capable of being successful.”

Pavlovich said she has surrounded herself with coaches who bring out the best in everyone.

“While the expectation is to perform at the highest-possible level, our team culture is all about family and everything that we do is based on what is best for our rugby family,” she said. “We want to empower these young ladies and provide them with as many opportunities as possible. That is a key piece to our family culture.”

Expanding the family has been key to the Badgers’ success.

Pavlovich recruited two of the top young players on the National Team radar in Jenna Rainville and Taylour Hurd, who have both played key roles in the Badgers’ success.

“We held a recruit day in March to show a lot of these young ladies what it would be like to be a Brock Badger,” she said. “We told them they had an opportunity to be a catalyst for the Brock women’s rugby program, and if they wanted to put in the work, they could really help turn the program around.”

That recruiting effort, along with a year-long training plan led by the Brock Sport Performance Centre, will continue into the future.

“In three seasons from now we want to be one of the top teams in the OUA,” said Pavlovich. “Each year our goal is to go one step further, and if we continue to recruit high-calibre athletes that want to buy into our system, then I am confident we can get there.”

With Pavlovich at the helm, the future of Brock women’s rugby looks bright. The Badgers will only graduate three players, and recruiting has already started for 2018.