Brock prof part of international mission to save Caribbean history 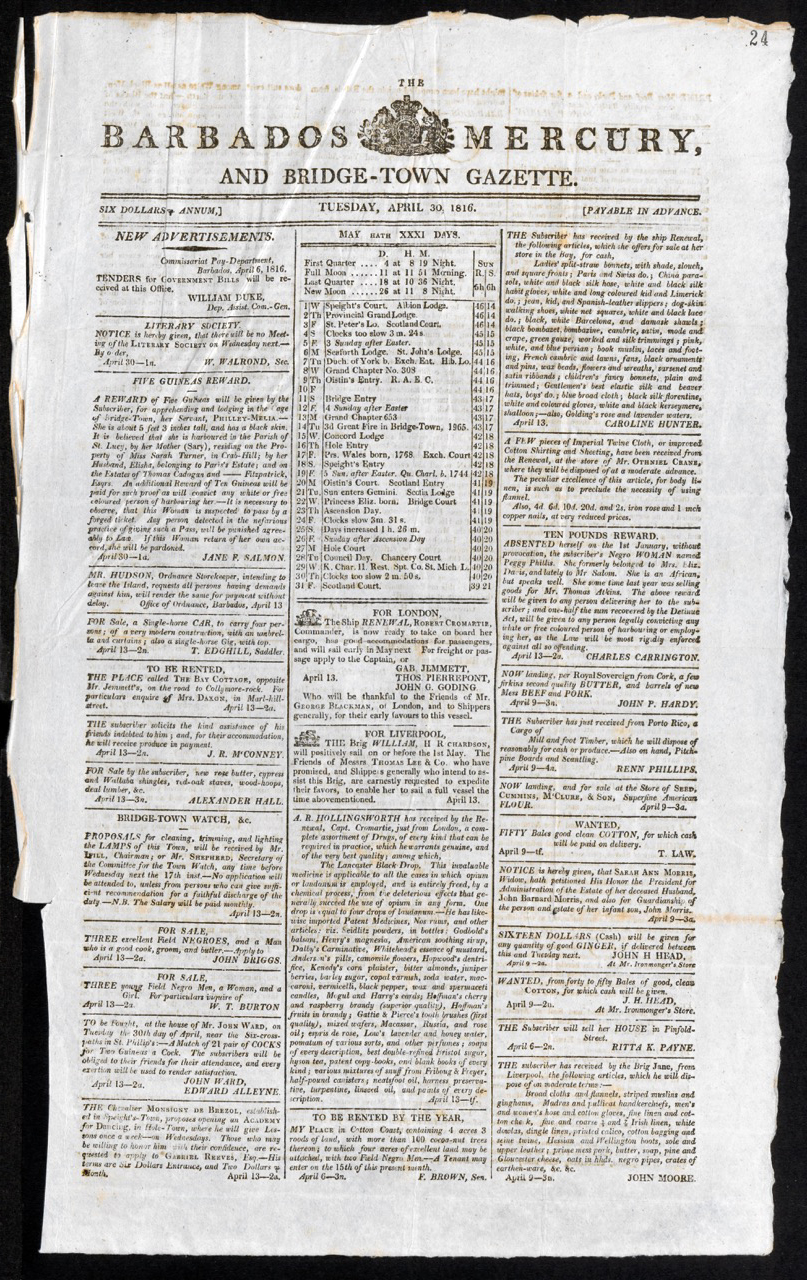 Brock Education Professor Lissa Paul is part of a multinational rescue mission to preserve an important resource of Caribbean history and culture.

Paul joined forces with a digital librarian in Florida and archivists in Barbados to successfully apply for a grant from the British Library Endangered Archives Program for a proposal to digitize copies of the Barbados Mercury Gazette, a bi-weekly newspaper published between 1783 and 1839.

With microfilm copies of the Gazette quickly disintegrating and the only paper copies stored and sealed at the Barbados Archives Department, the material is essentially inaccessible to scholars.

Based on her research experience with the Gazette, Paul provided the scholarly rationale to support the grant proposal submitted by colleagues Ingrid Thompson, chief archivist of the Barbados Archive Department, and archivist Amalia Levi.

The project wouldn’t have come about, says Paul, if not for Laurie Taylor, of the Digital Library of the Caribbean (dLOC) based at the University of Florida. She was the “super connector,” bringing together the right combination of people to make the application possible.

The grant of more than $45,000 will help ensure that historians and scholars from around the world will be able to access the Gazette.

Paul became acquainted with the Gazette several years ago while visiting Barbados for her research into British author and teacher Eliza Fenwick (1766-1840). Prior to running a school for girls in what is now Niagara-on-the-Lake in the 1830s, Fenwick had run a similar school in Bridgetown, Barbados.

“In my own research, I could correlate information I was finding in ads about Eliza’s school with information I was finding in her manuscript letters and in other records of life on the island in the early 19th century,” Paul says. “I came to recognize that the paper was an extraordinary source of information about the complex dynamics of day-to-day life on the island. In particular, it had value to scholars interested in the history of resistance by the enslaved people of the island in the years prior to the abolition of slavery in 1833.”

Paul’s concern about the future of accessing the paper began in 2012 when her initial requests for copies of the microfilm were rejected. As the British Library later explained, the diazo microfilm medium on which they’d been produced had never been intended for preservation purposes, and were uncopiable. Over the years, as Paul used the microfilm copies she could access, she was alarmed at the rate at which they were deteriorating. Some pages had faded to gray mist, and the films themselves could barely be coaxed through readers.

In the fall of 2016, Paul made a concerted effort to raise awareness about the Gazette during a presentation in Barbados at Cave Hill, University of West Indies. That was the turning point in finding stakeholders who shared her concern.

The initial application was submitted to the British Library in November, 2016 and approved in principle this summer. Final approval to proceed came through three weeks ago.

“I’m still struck by the unlikeliness of our connections and the odds against our being able to collaborate on the application,” she says. “One of my roles in the later phases of the project, once the digitization is complete, will be to create awareness about the Gazette’s historical and scholarly value.”

Paul says she is considering organizing a conference in the fall of 2018 or winter of 2019 that could potentially focus on foregrounding resistance strategies by both Caribbean and North American enslaved people in the early 19th century.