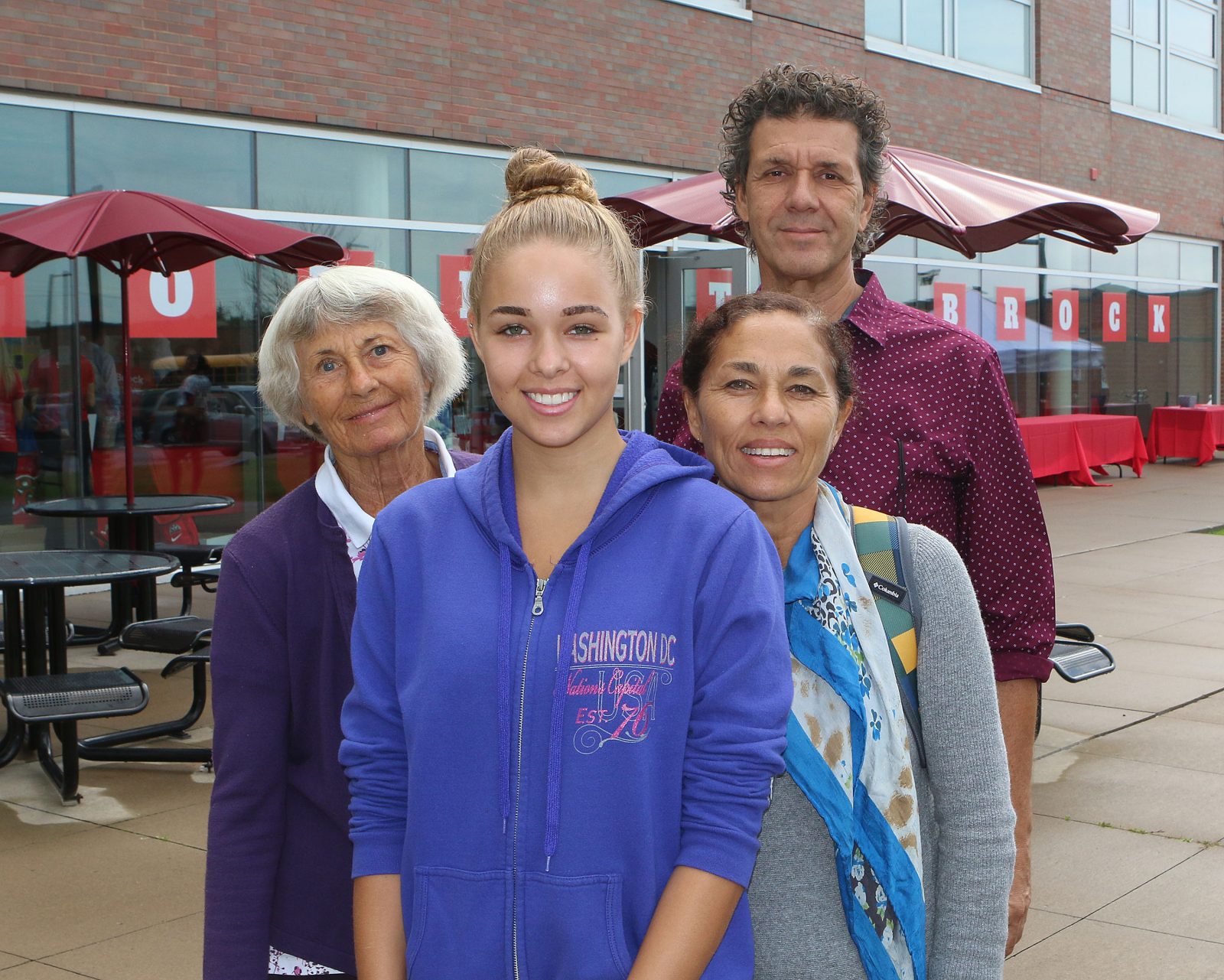 First-year psychology student Esther van Zadelhoff, front, arrived at Brock University recently with her grandmother Femmy Kistemaker, left, and her parents Ilse and Maarten van Zadelhoff. Esther's family headed back to her home country of Curaçao after dropping her off in Niagara.

It’s not the snow that worries Esther van Zadelhoff. She’s seen that before in her travels. And it can be pretty. She’s far more concerned with that bitter Canadian cold she’s heard so much about.

But for the first-year psychology student from the Caribbean island of Curaçao, off the coast of Venezuela, it’s all part of the adventure of moving 3,500 km north to attend Brock University.

She’s one of 1,777 international students who have chosen Brock this year, a total that includes 1,160 undergrads and 617 students in graduate programs.

The numbers also include an 13-per-cent increase in undergrad international students who are new to Brock this year. Enrolment data shows sizeable jumps in the faculties of Mathematics and Science, Humanities and Applied Health Sciences. And while China continues to be the biggest market for Brock International, there are also significant numbers from India, Africa and the Middle East .

van Zadelhoff speaks for many international students who have left home to come to Canada and a new culture.

“It’s a bit overwhelming because it’s big here,” she said. “I’m used to knowing everyone on the island because it’s so small.”

As they did with their older two daughters, van Zadelhoff’s parents Maarten and Ilsa, along with her grandmother Femmy Kistemaker, travelled with her to her new home in Niagara last week.

“It helps having them here, but I’m excited to go out on my own,” Esther said. “It’s really cool to meet new students from all over the world. The whole experience of going into University is really different — especially being so far from home.”

“We’ve looked at more diverse markets like India, the Middle East and Africa,” Mandigo said. “We’ve had recruiters go to those places, developing partnerships and relationships and making personal connections with people.”

He said there’s also a growing appetite for international higher education among many countries around the world.

“A lot of countries are encouraging their young people to go and have a global experience. Canada is viewed as a safe and welcoming country, and we have high standards. No matter where in Canada you go, you’re going to get a high-quality education.”

Keeping that momentum going is part of the reasoning behind the Brock International Student Ambassadors program launched this year. Selected students become ambassadors for the University and in exchange, the students get to pay domestic tuition rates, rather than international.

“We want them to share their experiences with our own students here and in their home countries,” Mandigo said. “I think our students are our best recruiters. So we want to recognize and celebrate that.”

“I see this as a great honour to be a representative of the University,” said Boadi, a second-year Mathematics and Statistics graduate student. “I know it comes with hard work, and it comes with a big responsibility because I’m representing my country and my continent. But I’m excited for this award.” 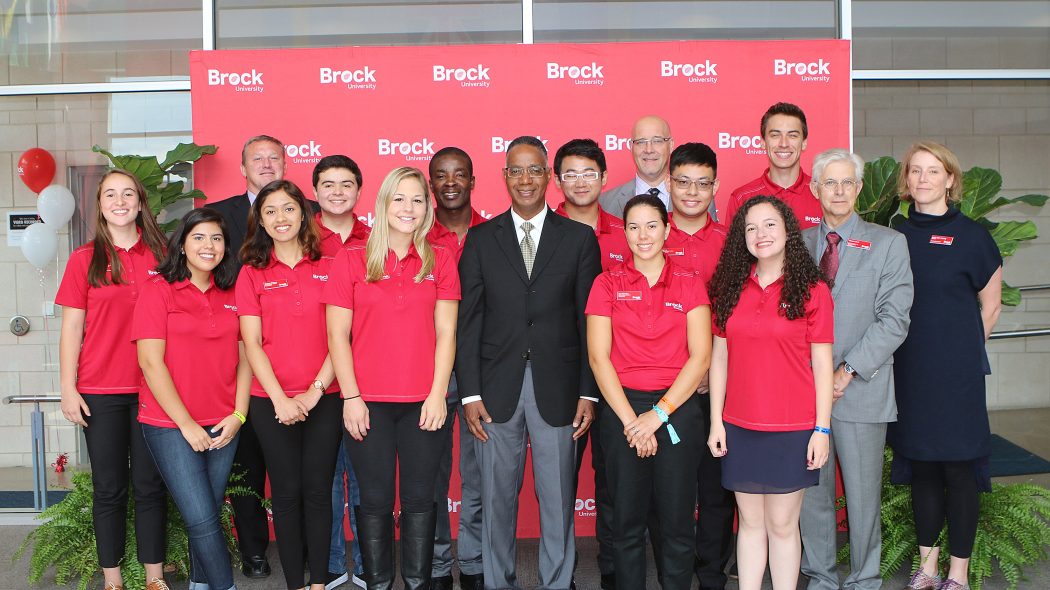 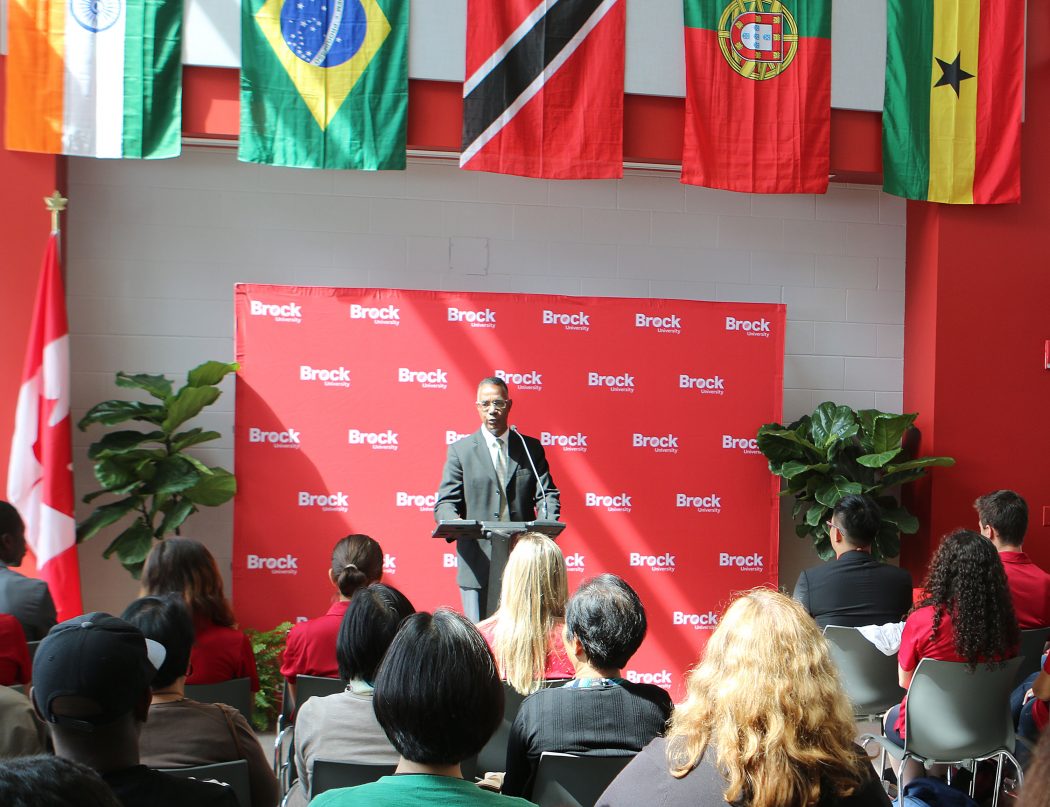