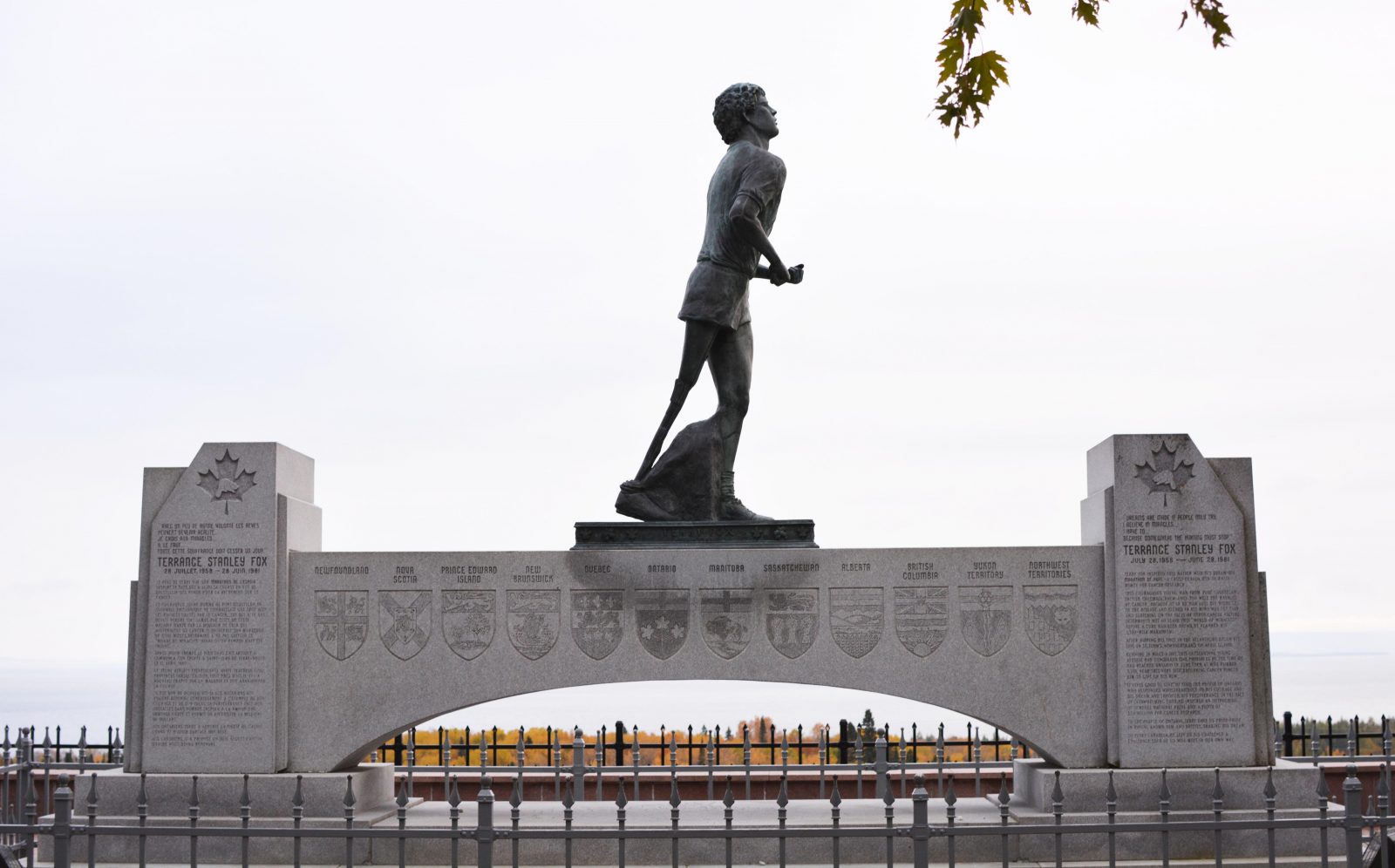 Department of Health Sciences master's student Asia Przepiorkowski and her family recently visited the Terry Fox Monument on the outskirts of Thunder Bay. The public monument commemorates Terry Fox's Marathon of Hope. Fox ran from Newfoundland to Thunder Bay in 1980 before having to stop his cross-country run after cancer spread to his lungs.

Terry Fox continues to motivate generations of lung cancer researchers, including those at Brock, to unlock the secrets of the disease.

The iconic Canadian hero has been an inspiration to Asia Przepiorkowski, a first-year master’s student in the University’s Department of Health Sciences, and for the direction she has chosen to pursue with her research. 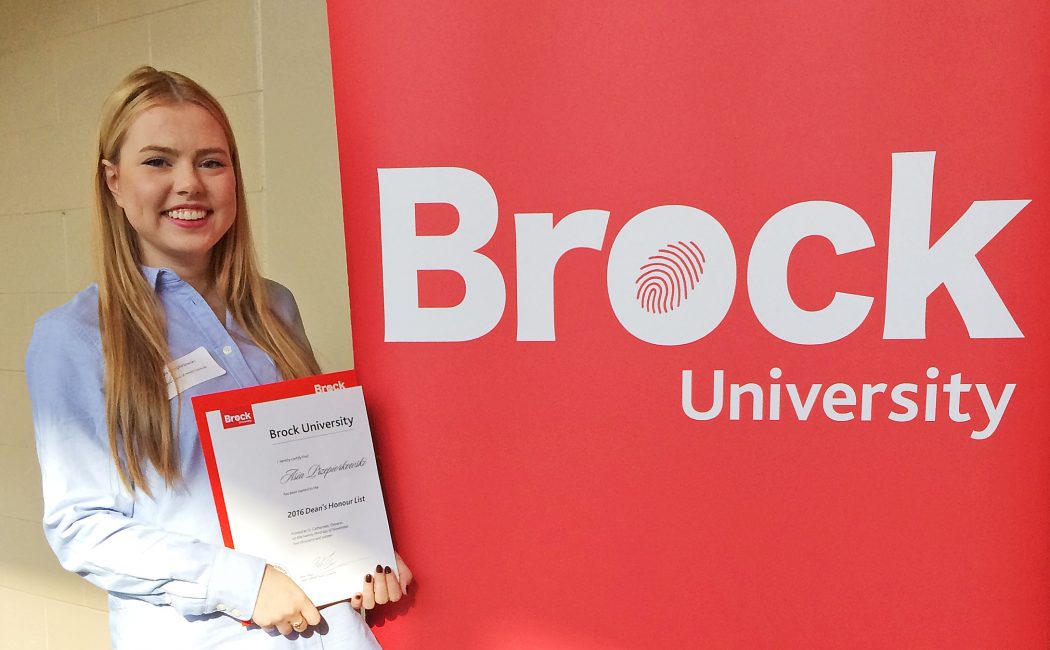 Asia Przepiorkowski, a first year master’s student in Brock’s Department of Health Sciences, will speak about her research at screening of Terry Fox: A Dream as Big as a Country on Wednesday, Sept. 6 at the FirstOntario Performing Arts Centre in St. Catharines.

Przepiorkowski and fellow Brock student researcher Meera Mahmud will speak about their research and Fox’s impact before a screening of Terry Fox: A Dream as Big as a Country on Wednesday, Sept. 6 at the FirstOntario Performing Arts Centre in St. Catharines. Tickets for the free screening, which begins at 7 p.m., are available online.

The supervisor for both Przepiorkowski and Mahmud is Brock epidemiologist Martin Tammemagi.

With funding from the Terry Fox Research Institute, Tammemagi’s team has created lung cancer risk calculators that will predict the likelihood of someone developing lung cancer within the next six years. His model looks at a wide variety of factors, including smoking and cancer history, age and body mass index, among others.

The Brock News sat down with Przepiorkowski to talk about the inspiration for choosing this research.

The Brock News (TBN): Can you give me an overview of the research that you’ll be doing with Martin Tammemagi?

Asia Przepiorkowski (AP): “Since Dr. Tammemagi has just taken me on as his master’s student, we are still discussing the focus and details of the research I’ll be doing. In general, it will probably involve analyzing data Dr. Tammemagi and his team gathered in studying lung cancer screening and creating cancer risk prediction models.

The next step of the research is to identify ways to improve lung cancer screening programs, such as Cancer Care Ontario’s Lung Cancer Screening Pilot for People at High Risk, which is now underway in three sites in Ontario.”

AP: “People aren’t so inclined to take measures to prevent different diseases until they get cancer, heart disease or have a stroke. It’s often only after something life-threatening happens do people think, ‘OK, now I have to focus on my health.’ Many lung cancers can be prevented by making lifestyle changes but lot of people aren’t really focusing on that.

Also, as many lung cancers are diagnosed in former smokers today as are in current smokers. So, even many individuals who have quit smoking may still benefit from screening. When most people discover or get diagnosed with lung cancer, it’s almost always when they’re in Stage 3 or 4 — almost end-of-life. The fact that we’d be able to screen high-risk people and get them into treatments earlier to stop the disease process is really amazing.”

TBN: What do you hope to achieve through your research?

TBN: What was your reaction when you found out your research is being funded by the Terry Fox Research Institute?

AP: “My parents and I visited the Terry Fox monument in Thunder Bay. Once you’re there and you see the words that he’s written, where he ran and where he’s been; it was just so touching. I teared up because, even though Terry was facing such obstacles and was having such a struggle in his life, he looked past that and embarked on this journey across Canada.

It was so amazing that I was at the Terry Fox memorial and then, when I found out about the funding, it all fit so perfectly together. I thought this has to be a sign. This is really cool that I’m doing this research. Terry Fox was such an inspiring hero and his story is so great. I’m really happy to be funded by an organization that stands by these true values and works towards a better good.”