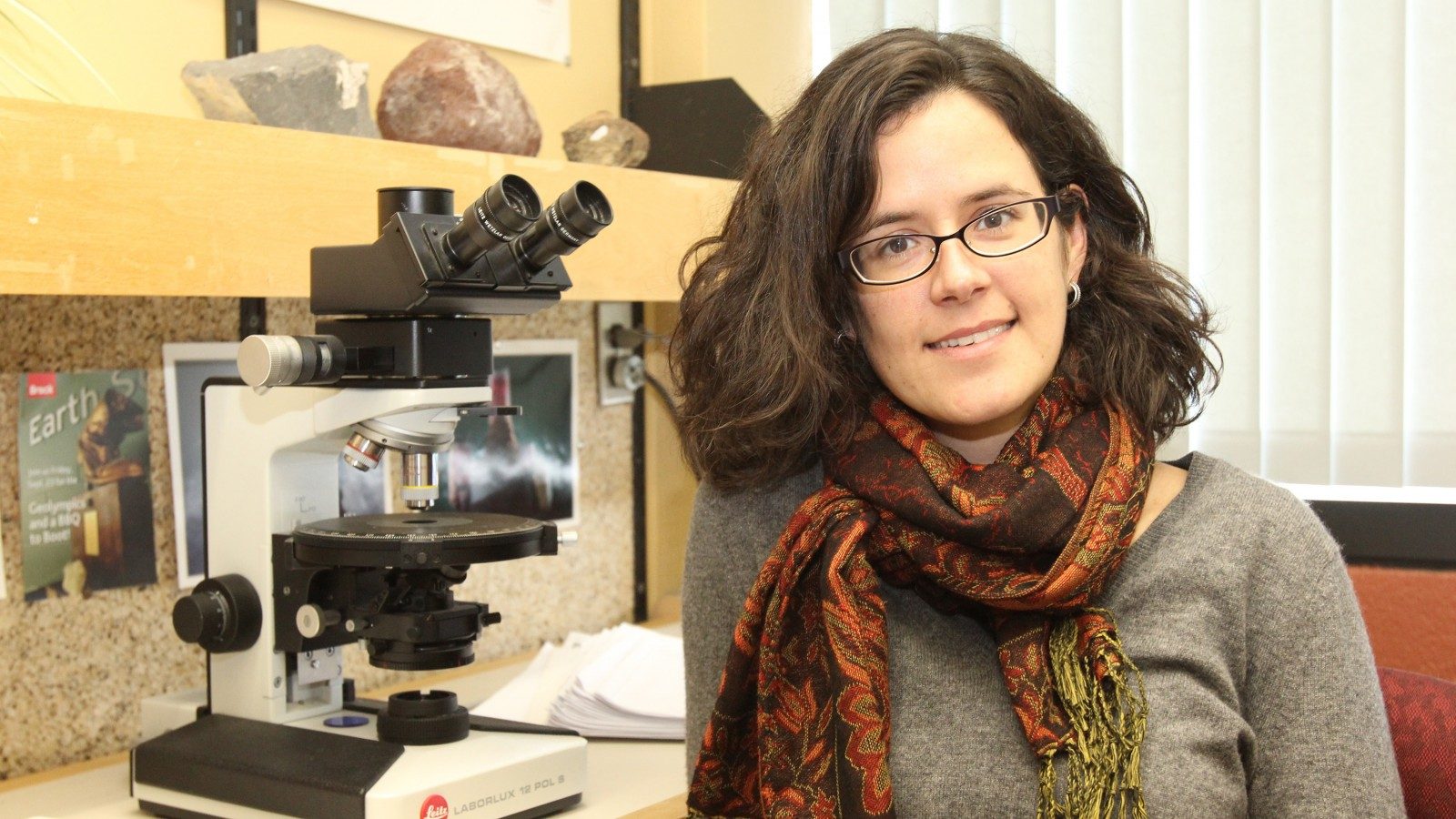 With Mars still home to many unknowns, each discovery made on the Red Planet draws a new sense of excitement from Brock University scientist Mariek Schmidt.

The thrill of new findings has again bubbled up for the associate professor of earth sciences while analyzing data from the Mars Curiosity rover.

Schmidt was part of a team of Canadian researchers who recently released a report suggesting that a large area on Mars not only once contained water, but also housed other conditions that would have allowed micro-organisms to live. 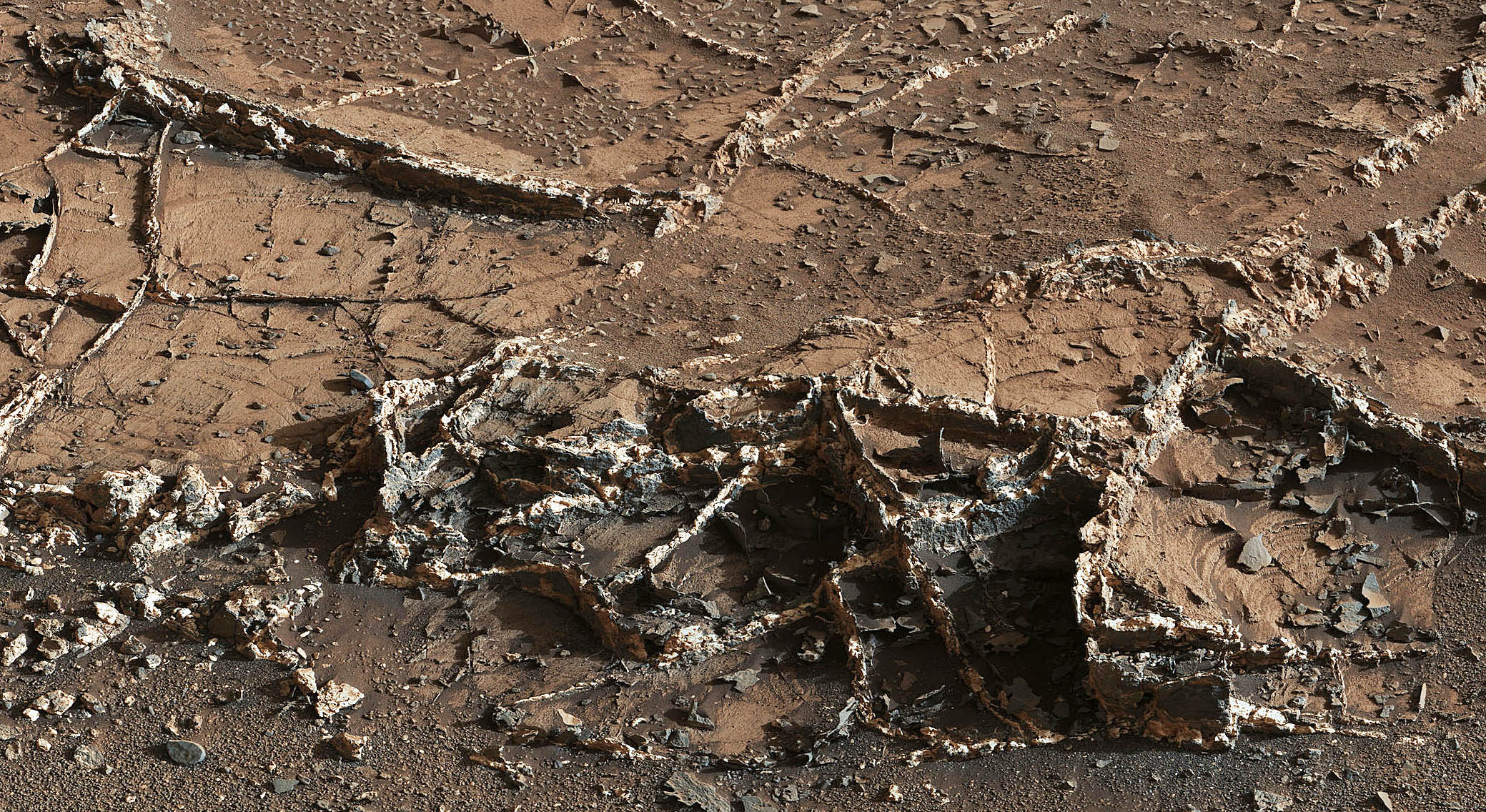 Mineral veins in an area known as Garden City on Mars where high concentrations of zinc and germanium have been discovered.

Since early on in the space mission, the Alpha Particle X-ray Spectrometer (APXS) — an instrument on board the rover built to analyze rocks and determine what elements they contain — has been detecting high concentrations of zinc and germanium as it traversed the Gale Crater.

“At first we thought it was strange and then we kept seeing it and seeing it,” Schmidt said. “It has continued on since the rover landed in 2012.”

In addition to documenting those findings, the research paper suggests that in order for those elements — usually found in low concentrations in martian meteorites and on Earth — to be in such high concentrations, there’s something unusual about the source for the sediments feeding into crater, which was formed roughly 3.7 billion years ago.

“This source region must be hydrothermally altered, which means there’s been hot water percolating through those rocks, reacting with them and concentrating those elements,” Schmidt said.

Indications of a hydrothermal system means the presence of an energy source and fluid, resulting in a potentially habitable environment for micro-organisms.

She described the discovery as “exciting on a number of different levels.”

If there were comparable concentrations of zinc and germanium found on Earth, it would be considered a mineable ore deposit, Schmidt said. “It’s interesting that it’s so widespread and there’s so much of it there.”

Scientists from Brock, as well as Western University, the University of Guelph and University of New Brunswick helped to analyze the rover data. The resulting research report was published in the Journal of Geophysical Research.

Schmidt’s PhD student Jeff Berger, from the University of Guelph, was the lead author of the paper and Schmidt the second author.

The team plans to continue exploring whether levels of zinc and germanium remain elevated as Curiosity continues to traverse the Red Planet.

“It will be interesting to see if there is any evidence of hydrothermalism within Gale Crater itself,” Schmidt said.

She believes the obsession surrounding life on Mars stems from people wanting to know if they’re alone in the universe.

“I think it’s fascinating and it will be really exciting if and when we find evidence of life,” she said. “Once we do find evidence, it’s going to be a challenge to prove it’s martian and not a microbe we brought along with us.”