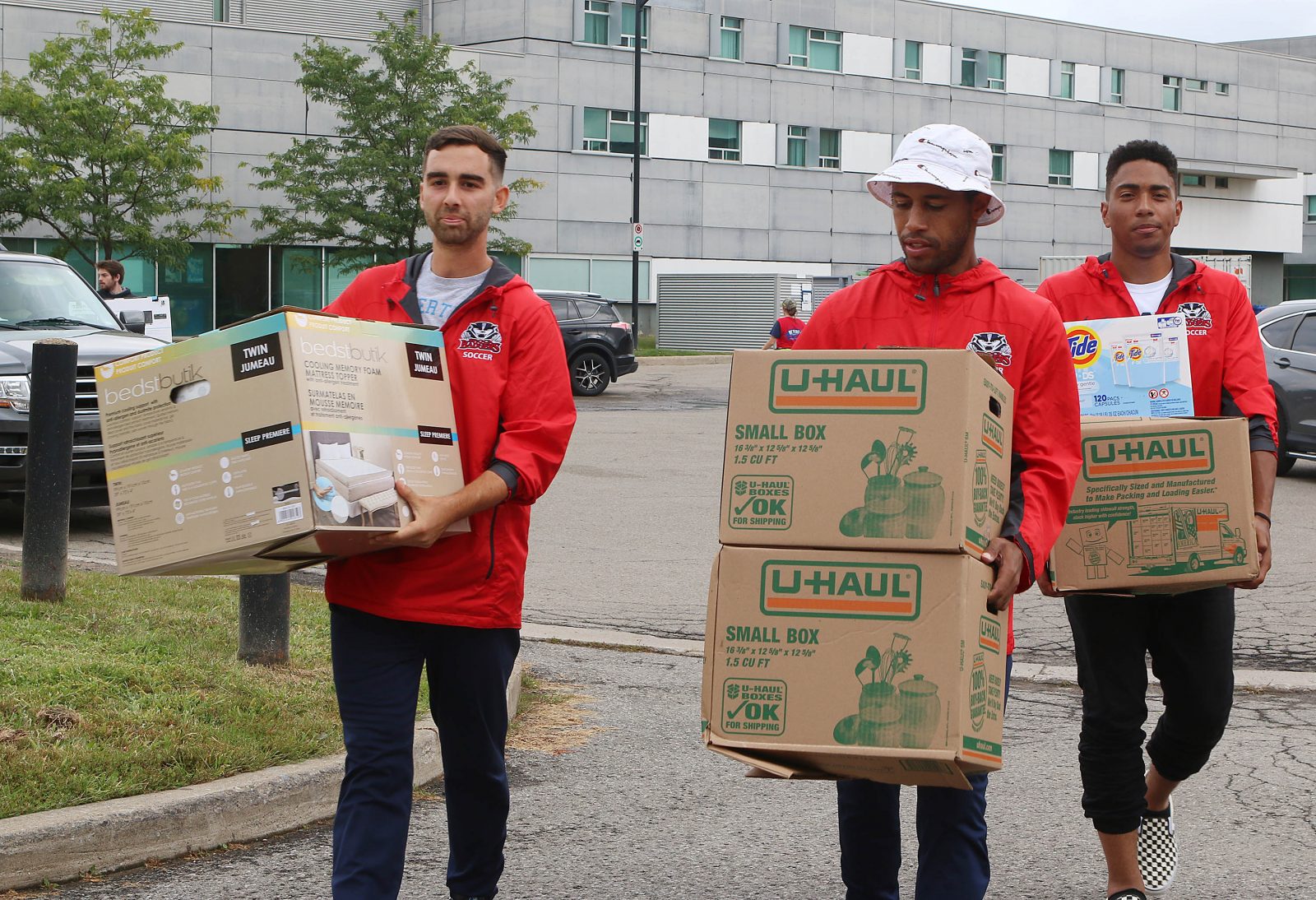 Keep it moving: A familiar scene at Brock campus on Sunday afternoon as the Brock soccer team helps move boxes.

Meet the champion boxer who’s helping women who’ve experienced violence help themselves: CBC News has written a story about the Shape Your Life program, which was co-founded 10 years ago by Cathy van Ingen, a kinesiology professor at Brock University.

From turf to area rug: A student from Regina is heading back to Ontario for his second year at Brock with a unique piece of sports memorabilia — a piece of turf from the former field of his favourite CFL team, as reported by the CBC.

Brock move-in a precision operation: The St. Catharines Standard covered Sunday’s Move-In Day at Brock including an interview with President Gervan Fearon, who said “we’ve had a decade of fine tuning.”