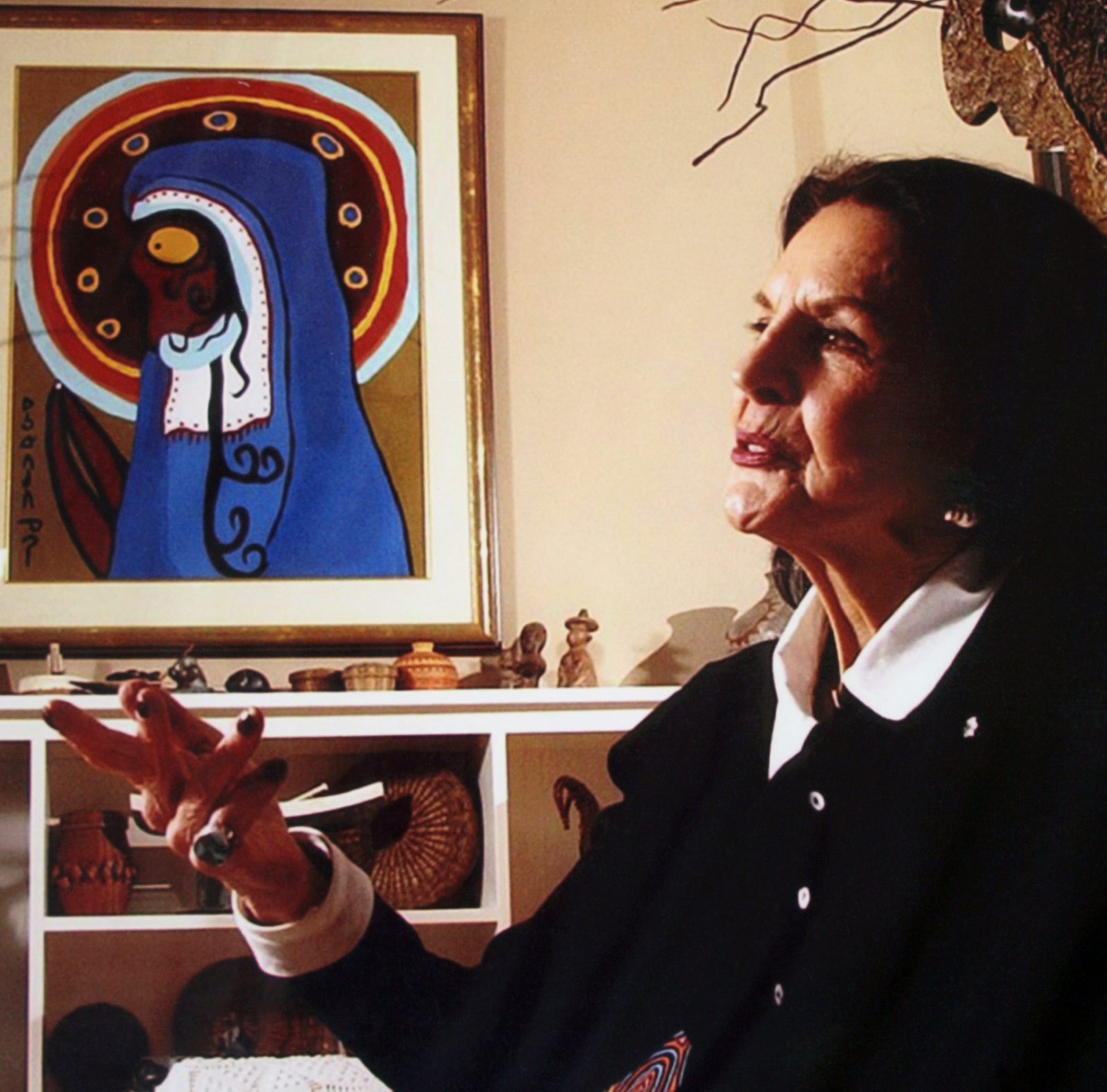 Before Suzanne Rochon-Burnett passed away, she asked that her daughter Michele-Elise take over where she had left off.

“She gave me instructions for her art,” said Michele-Elise Burnett. “She said, ‘you’ve been fortunate to see and know this art, but it will be your responsibility to continue to share the knowledge, the teachings and the messages that are being told through our people’s art.’”

The desire to continue advocating and sharing indigenous art is the driving force behind a new art exhibition opening next week at Brock University’s Marilyn I. Walker School of Fine and Performing Arts (MIWSFPA). 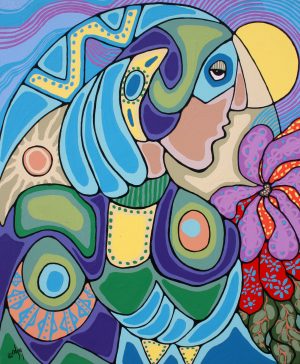 Brock University, The FirstOntario Performing Arts Centre and Kakekalanicks Indigenous Arts Consultancy are joining together to present Awakening Her Spirit — Select Works from the collection of Suzanne Rochon-Burnett as part of the first Celebration of Nations event.

The exhibit opens at the MIWSFPA Visual Arts Gallery Thursday, Sept. 7 at 7 p.m.

“My mom was an advocate and champion of indigenous art before it was being recognized as legitimate art,” Michele-Elise Burnett said. “She helped build recognition and respect to ensure that indigenous artists were compensated fairly like everybody else. She championed artists and their work and encouraged them to find value in it.”

Samuel Thomas, a master bead worker and family friend, will lead an interactive Curator’s Talk on Sunday, Sept. 10 at 1 p.m. at the Visual Arts Gallery.

“My mother took beading lessons from Sam’s mother,” Michele-Elise explained. “When I told Sam about the Celebration of Nations exhibit of my mother’s art, he was pleased and honoured to help pull it together.”

Rochon-Burnett was a Métis broadcaster and businesswoman who started her career as a journalist in Quebec. Among her many accomplishments, she and daughter Michele-Elise became the first indigenous Canadians to own a CRTC broadcast license as owner and operator of Spirit 91.7 FM radio in Niagara.

Rochon-Burnett would also become co-founder and first vice-chair of the Métis Nation of Ontario, and sat on boards at TV Ontario, the Ontario Arts Council and the Canadian Council of the Arts, among others. In 2002, Rochon-Burnett received an Honorary Doctorate from Brock in recognition of her contributions to Canadian cultural life.

She has left many legacies, including the Suzanne Rochon-Burnett Scholarship at the University, which has to date helped 18 indigenous students embark on a university education they may have otherwise never had. Fiercely proud of her heritage, Rochon-Burnett has shown that an individual who is inspired can wake up every day and follow and achieve their dreams.

Awakening Her Spirit is part of Celebration of Nations, a gathering of indigenous arts, culture and tradition set for Sept. 8-10. The gathering features ticketed performances by Buffy Sainte-Marie, Kaha:wi Dance Theatre, DJ Shub as well as free workshops, performances and teachings all weekend long. The full schedule is available at www.celebrationofnations.ca

The exhibit continues through Sept. 30 at the Marilyn I. Walker School of Fine and Performing Arts located at 15 Artists’ Common in downtown St. Catharines.

Situated on the lower level of the MIWSFPA, regular hours of the Art Gallery are Tuesday through Friday from 1-5 p.m. Additional open hours for Celebration of Nations include: