PODCAST: The virtual reality of business 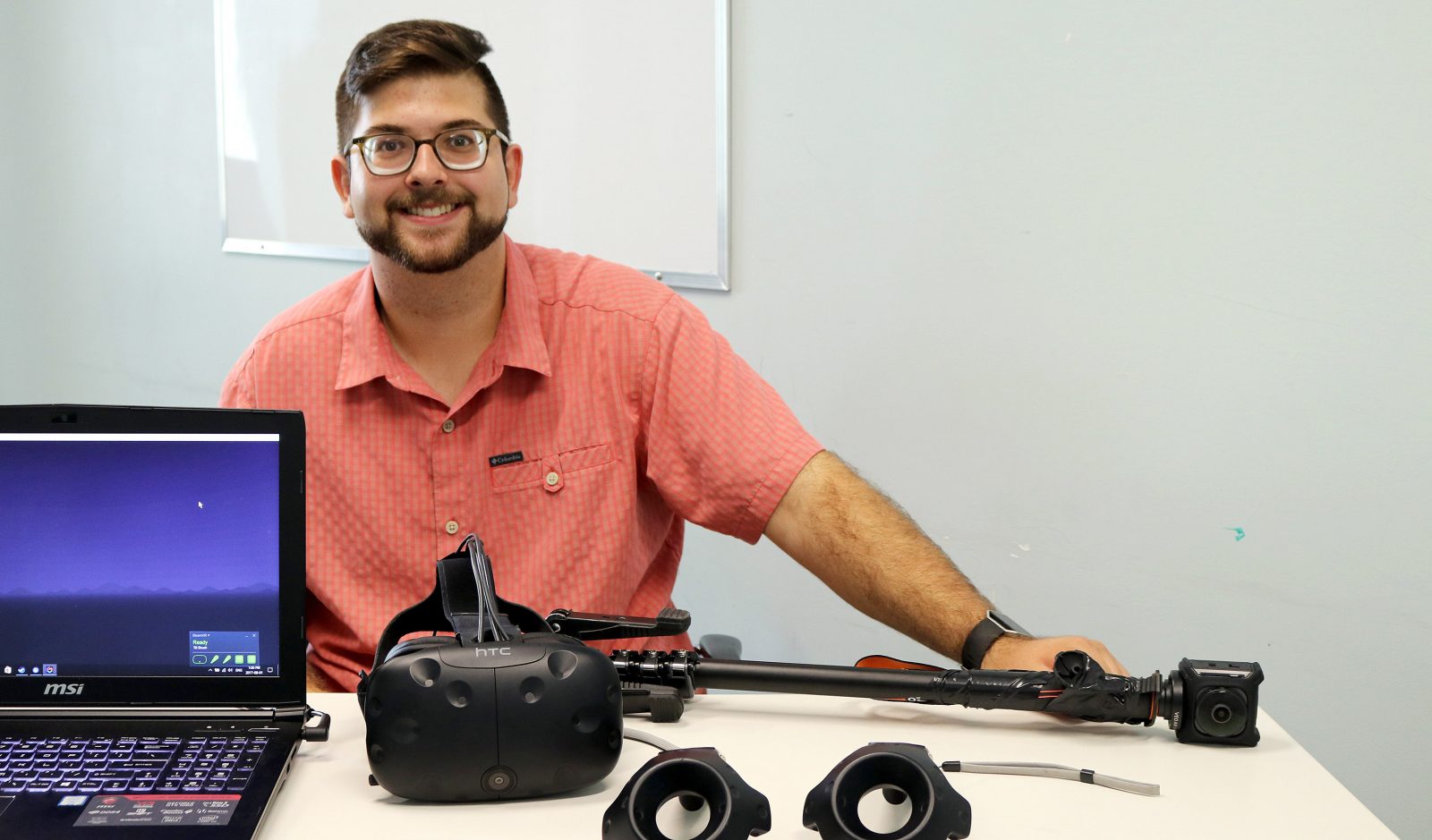 Third-year business student Evan Sitler has been able to grow his experiential marketing company, UP360, with the help of BioLinc — Brock’s business incubator run out of the Goodman School of Business.

It was a kick-start from BioLinc that launched Evan Sitler into the realm of virtual reality.

The third-year business student, along with three of his Brock peers, has been working out of the business incubator run by the Goodman School of Business to grow experiential marketing company, UP360.

Sitler’s time with BioLinc began with participation in its Kick-Starting Entrepreneurship program, which is now accepting applications for the fall.

Through the program, which allows young entrepreneurs to explore their innovative ideas and advance their early-stage business concepts, Sitler teamed up with fellow student Harrison Olajos, who had just launched UP360.

The start-up, which focuses on virtual reality and 360-degree videos, has since taken on work for brands such as Brock University, Red Bull and Niagara Falls Tourism.

“I’ve always had an entrepreneurial passion,” said Sitler, a Kitchener-Waterloo native who was raised in a family of business owners.

He was well acquainted with the business world before beginning his degree, having served as co-president of his high school’s DECA chapter and participated in Junior Achievement’s Company Program.

As one of 35 young entrepreneurs chosen for the BioLinc Kick-Starting program, Sitler used the opportunity to advance his knowledge and his business.

The company has since purchased more equipment and expanded its team, forging ahead into the realm of 360-degree videos and virtual reality.

“There are no tutorials online. Everything we’re doing we have to teach ourselves,” Sitler said.

In addition to creating videos for recognizable brands, UP360 has also developed virtual reality training environments for various organizations.

“It’s a lot more affordable for organizations to train many people at one time in virtual reality than through other methods,” he said. This approach allows for team building experiences, communication, leadership and public speaking training activities — all using virtual reality software.

Sitler said the Kick-Starting program provided him with valuable networking and mentorship opportunities that have contributed to his entrepreneurial success.

“All the Kick-Starting Entrepreneurship events allow you to network with and meet so many people and the mentorship from BioLinc staff and residents is always helpful for any obstacles and challenges we have to overcome as young entrepreneurs,” he said.

“You learn so much. It’s the perfect place to grow.”

Applications for the Kick-Starting program are now open to young entrepreneurs aged 18 to 29 who are living in Niagara. The program, which includes advisory services, two intensive training weekends and regular seminars and events, begins in October and runs until April.

Sitler was featured on this week’s Conversations with Goodman podcast.