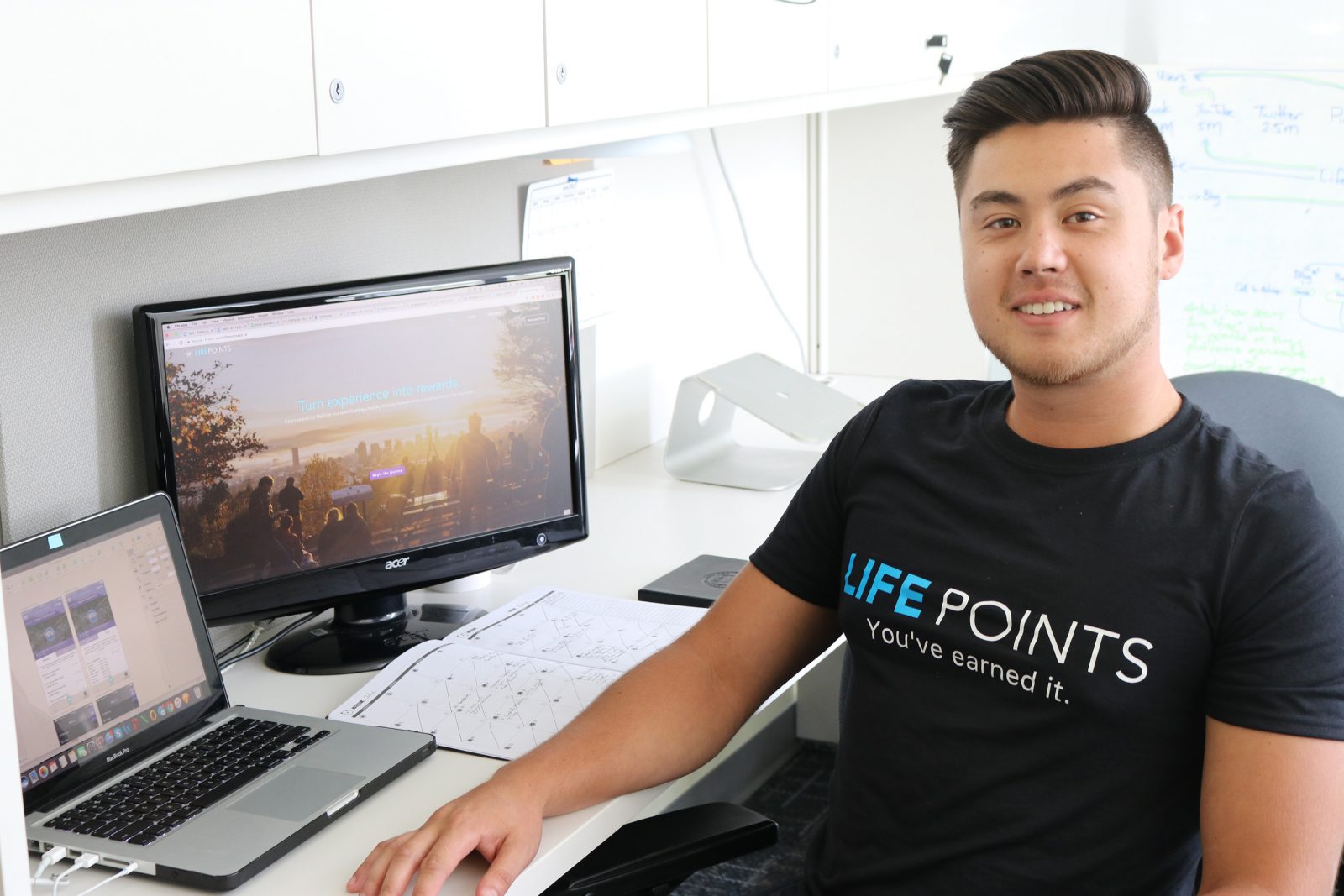 Brock neuroscience student Ethan Foy was one of two recipients of this year’s Deborah E. Rosati Entrepreneurship Award, which allowed him to pursue his mobile app venture full time this summer.

When neuroscience student Ethan Foy walked through the doors of BioLinc four years ago, it seemed the perfect place to flex his entrepreneurial muscles.

His relationship with the business incubator run by the Goodman School of Business has since proven successful, as he’s been able to nurture the vision for his mobile app, LifePoints, which awards physical fitness efforts.

Foy’s work on the business idea has not gone unnoticed and this summer he was one of two Brock students chosen to receive the Deborah E. Rosati Entrepreneurship Award.

The award provides financial support to allow its recipient to pursue an entrepreneurial work term and start their own business venture.

Foy described the honour, and the opportunity it provided, as life changing.

With the support provided by the award, his vision for LifePoints — an app that will reward users for time spent at a fitness facility with points they can later redeem at local business — is now in its initial stages.

Foy has been an entrepreneur since an early age, finding different ways to make money, whether cutting lawns or shovelling driveways.

His business ideas have since become more complex, but his dream of pursuing a business full time remains the same.

It has been three months since the award made that dream possible and Foy feels he’s already gained a wealth of knowledge.

“You have no idea how difficult and time consuming it is to start a business until you’re given that opportunity,” he said.

“I don’t even know how I would have accomplished this without this opportunity. The amount I’ve learned from this award has been life altering.”

Foy was featured on this week’s Conversations with Goodman podcast.