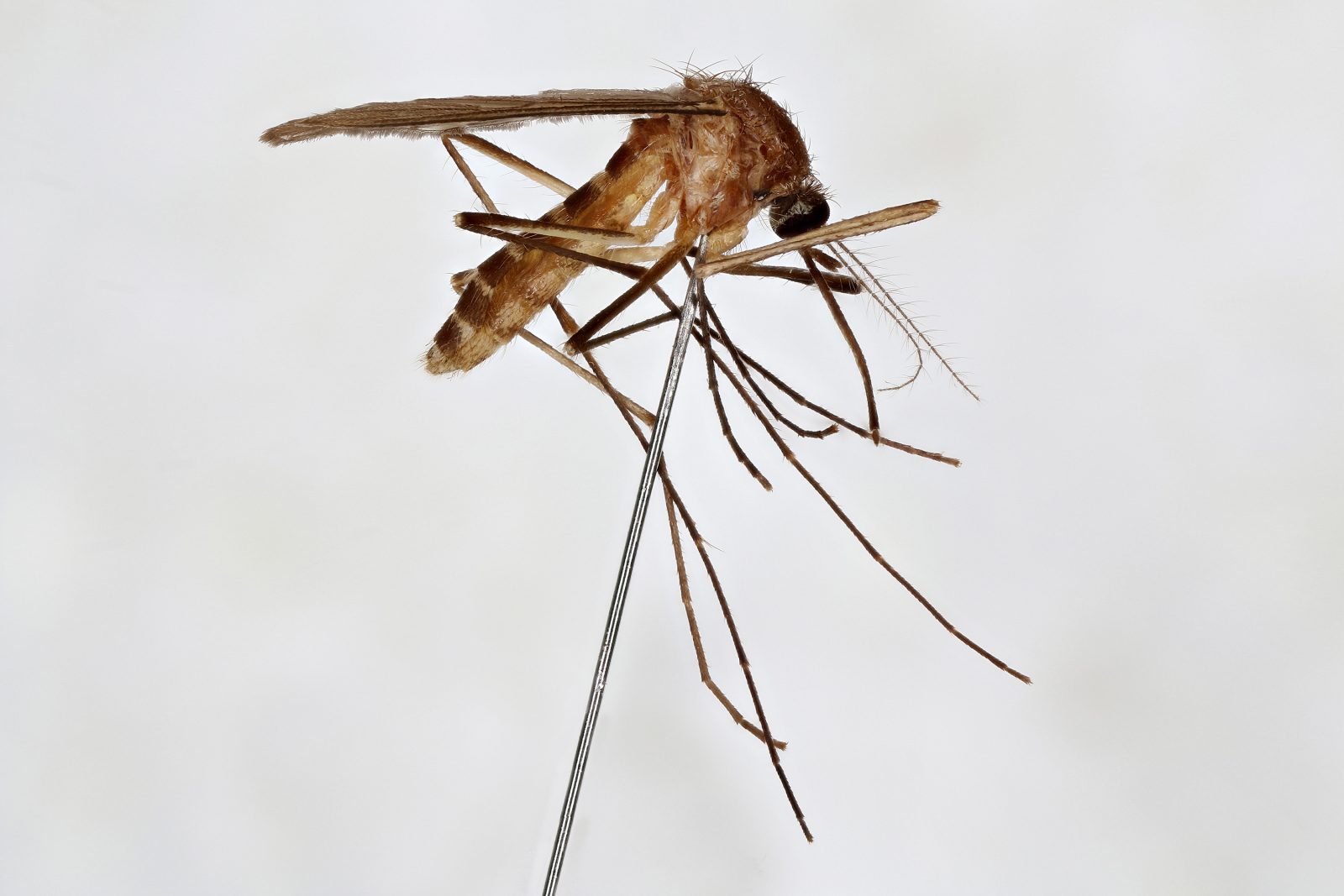 A close-up image of a Culex pipiens mosquito perched on a pin is shown. Photo Credit: Centre for Vector-Borne Disease, Brock University

Ontario this summer is headed for one of its worst outbreaks of West Nile virus in the past 15 years, according to research by Brock University scientist Fiona Hunter and PhD student Bryan Giordano.

The alert stems from the testing of mosquitoes in recent weeks, which found that Ontario’s second West Nile epidemic since 2002 is imminent.

The paper, written by lead author Giordano, along with Hunter and recent Brock graduate Sukhdeep Kaur, highlights the data that can be used to predict the number of human cases of West Nile each year. For the past 15 years, Public Health Ontario has been conducting a comprehensive West Nile surveillance program, setting mosquito traps around the province. 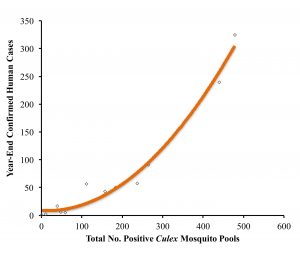 “Because we’ve had such a comprehensive program in Ontario all these years, we have an amazing data set to work with,” says Hunter, one of Canada’s leading mosquito experts. “It explains why some years we have outbreaks and other years we don’t.”

“There’s a direct relationship between the mosquito surveillance and the eventual human cases,” says Hunter, an entomologist who has become internationally known for her work on the global spread of Zika.

With more than 250 mosquito pools having tested positive so far this year as the peak “epiweek” approaches, history shows that will lead to nearly 340 human cases ­— putting 2017 in line with 2012 as the worst outbreak years since 2002.

“We are well on our way to having a West Nile virus outbreak in Ontario,” said Hunter.

As a mosquito researcher for the past 16 years, Hunter finds it frustrating that people aren’t taking the West Nile risk seriously later in the summer.

“I saw mosquito repellent being cleared out at a store recently, like the season is over. In fact, it’s quite the opposite. Now is the time people should be putting on their insect repellent.

“From a public health perspective, it is important to remind people to protect themselves from mosquito bites. There may not seem to be many mosquitoes out biting at this time of year, but this is when they are their most dangerous.”

Hunter says even though there are far more mosquitoes early in the season, it’s later in the year when the insects have had time to feed on infected birds and spread the West Nile virus among themselves. The mosquito species that transmit the virus typically start feeding on humans later in the summer.

“That’s why now is so dangerous. Most of the other nuisance mosquitoes are dropping off in numbers, so it gives people a false-sense of security.”