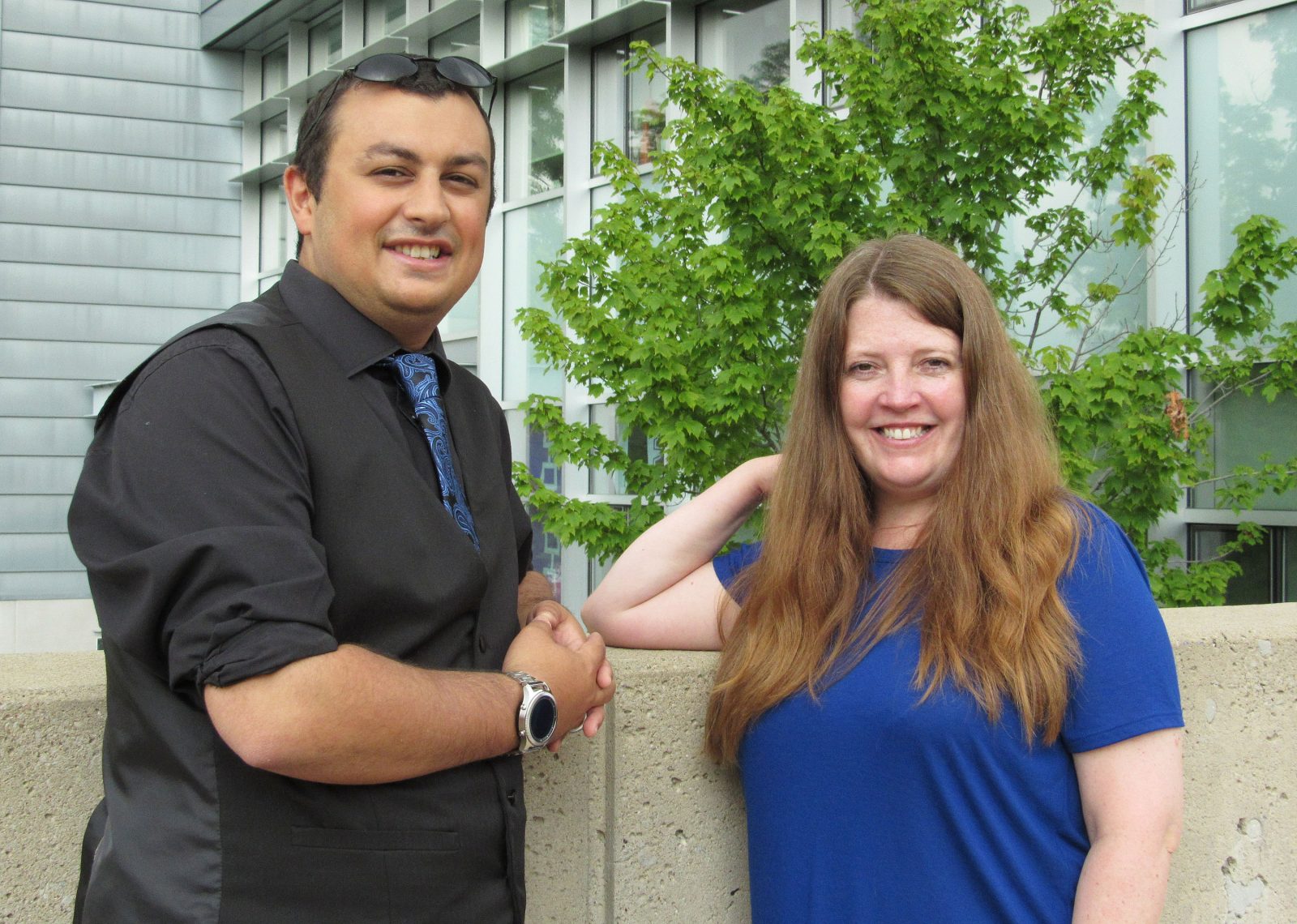 Jamal Lahmar and Liz Chesworth, both of the University of Sheffield in South Yorkshire, England, are visiting Brock during the month of July as part of an international research project about makerspaces and their role in the development of digital literacy skills in children

Makerspaces and their role in the development of digital literacy skills in children are at the centre of a project that recently drew two overseas scholars to Brock.

Liz Chesworth and Jamal Lahmar, both of the University of Sheffield in South Yorkshire, England, were invited by Brock Education Professor Jennifer Rowsell to spend July in St. Catharines as part of an international research project — Makerspaces in the early years: Enhancing digital literacy and creativity (MakEY).

By the time the year is up, five international researchers will have spent time at Brock connecting with researchers, educators and professionals in order to gain new insight into the rising ‘maker’ culture and its role in the development of children’s digital literacy and creative design skills.

The 30-month project is led by Sheffield Professor Jackie Marsh and involves research partnerships stretching across Europe, including Denmark, Finland, Germany, Iceland, Norway, Romania and the U.K. The project is funded by the EU H2020 Research and Innovation Staff Exchange (RISE) program.

Rowsell, Canada Research Chair in Multiliteracies and Director of Brock’s Centre for Multiliteracies, is part of the project’s broader international contingent of researchers from Canada, Australia, Colombia, South Africa and the U.S. 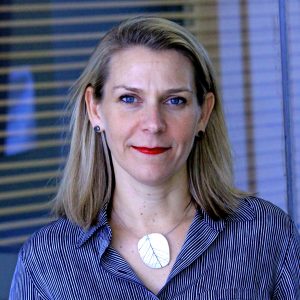 While Chesworth and Lahmar are at Brock, Rowsell is at Sheffield.

Chesworth and Lahmar have specific roles in the MakEY project and both made a point of setting up contacts well ahead of their arrival in order to make the most of their four weeks.

An early childhood education lecturer at Sheffield, Chesworth is interested in early childhood play research. She started her stay by visiting Brock’s Rosalind Blauer Centre for Child Care, as well as the Niagara Children’s Centre.

“Canada, and North America overall, is far ahead in the makerspace movement of taking traditional making and crafting and blending it with new digital technology,” Chesworth says. “We see more evidence of makerspaces involving adults.”

The main idea of the project, she says, is to introduce the skills and disposition of making to children.

“Jamal describes makerspaces as having the potential of making children become ‘empowered creators’ and I couldn’t agree more with that idea,” she says.

Lahmar is a full-time lecturer and PhD student whose research is centred on statistical literacy education and, more broadly, research methods teaching. His project role is to collect survey data from the range of participating researchers and stakeholders.

Within a week of arriving, Lahmar was in Toronto to give a presentation about the project at a conference of independent school educators.

“I had a chance to talk with many early-age teachers and all were very positive about the makerspace movement,” he says. “I came away with a sense that there is a lot of scope and alignment about how, in a practical way, teachers can make makerspaces fit with what they are doing in the classroom.”

As for Rowsell, she has also taken advantage of her time away to talk with international researchers about a funded satellite study she begins in October entitled Maker Literacies. This project involves a team of educators, professionals, and professors who will complete maker-oriented multimodal projects over two years.

“My project involves elementary and secondary schools in the District School Board of Niagara and the Niagara Catholic District School Board,” she says. “Having the opportunity to meet international researchers during my time in Sheffield has helped me to fine tune the research design.”