For Traves, the road got unexpectedly longer — and better 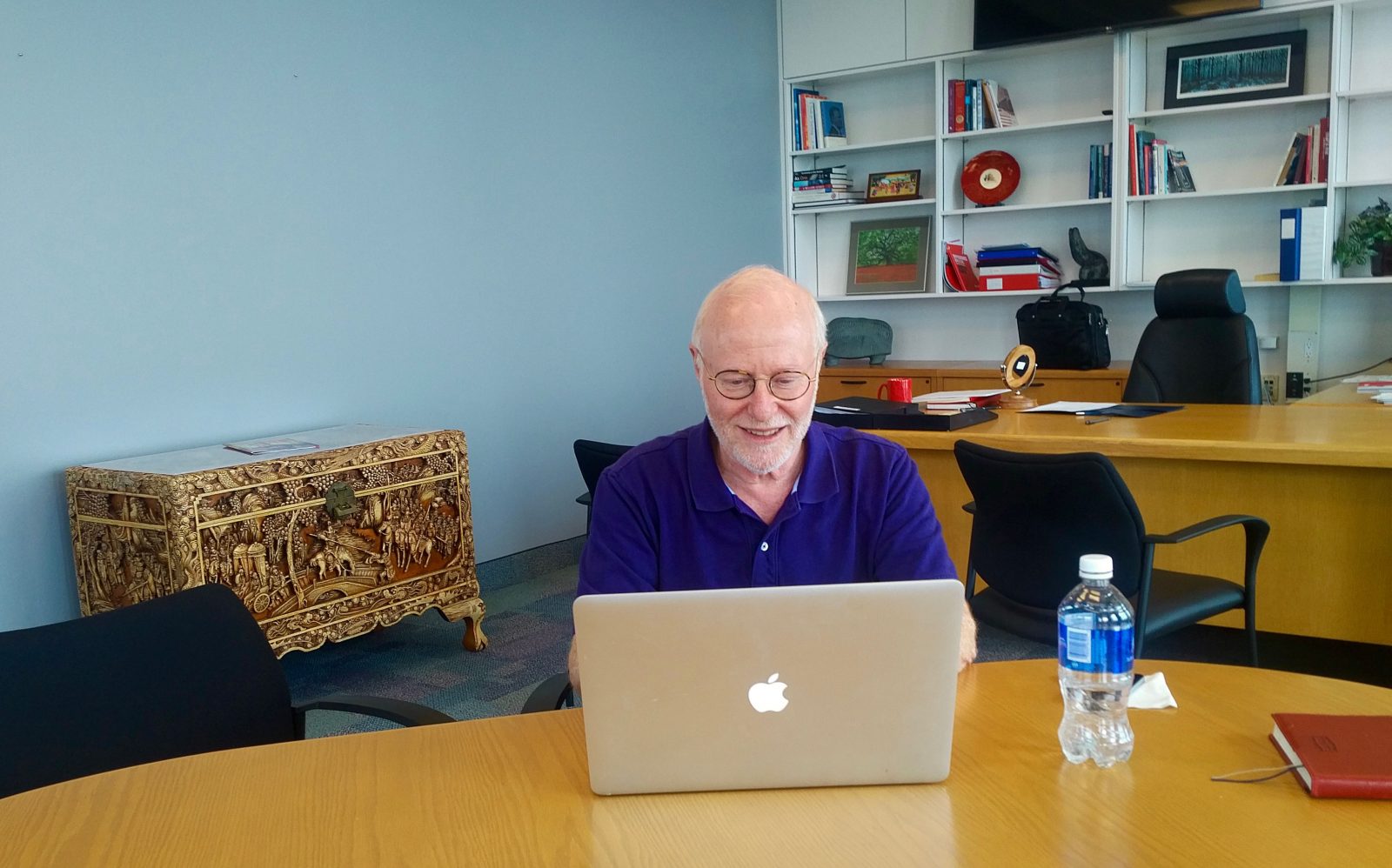 Tom Traves in the home stretch as Interim President and Vice-Chancellor: “Brock was and is a successful university.”

On a sticky July afternoon, with the clock ticking toward his second retirement, Tom Traves was tying up loose ends in the Brock University President’s office. His 10-month stint as Interim President and Vice-Chancellor will soon end, and with it a brief but memorable chapter of Brock’s history.

The first time Traves retired was in 2013, after 18 years as President of Dalhousie University in Halifax. He’d also spent four years as a university vice-president, eight years as a dean and two as a department chair. That adds up to a lot of leadership experience, which is what Brock’s Board of Trustees wanted in place while they searched for a new president. 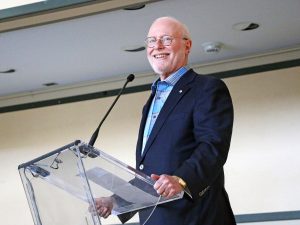 Addressing the crowd at an event held in his honour July 11 in Pond Inlet.

When Traves arrived on campus last October, he found a university community dealing with the aftermath of a sudden change in plans for Brock’s incoming president, originally scheduled to start that September. Shortly following the decision not to proceed with the original plans, the Board’s leadership connected with a veteran university leader — by then living in Toronto — who was possibly available for a short-term engagement. Talks ensued, an offer was made and suddenly Tom Traves was un-retired.

“When I came here, my agenda was threefold,” he said. “Calm the place down, introduce changes where they seemed appropriate and set the table for the next president.

“Brock was and is a successful university, and they were basically looking to bring in someone with a lot of experience so that everyone here could get back to the things they do so well.”

As the University looks forward to the Aug. 1 arrival of its next full-time President in Gervan Fearon, there’s a palpable sense that Traves’ time here did indeed dial down anxiety levels at Brock, and help people again be excited about the future. At a reception for Traves this week in Pond Inlet, this sentiment was heard from multiple directions — the Senate, the Board and the student union.

“It’s amazing what a calming influence such a steady hand can bring to a place,” Scott Henderson, recently stepped down as Chair of Senate, told the gathering. “Sometimes an outsider’s eye is invaluable. He’s shown himself to be an astute listener, and this has been crucial in bringing everyone together.”

John Suk, the immediate past chair of the Board who was responsible for bringing Traves to Brock, alluded to “our early meeting in Toronto at the Marriott Hotel on a rainy day.”

“He has had the effect of calming the place down from a holistic perspective,” said Suk, “but also in making important contributions as we move forward. Under Tom we restarted strategic planning and had a balanced budget. Brock is poised now for great things.”

Traves simply replied that the University was already “blessed with very strong leadership. Not only vice-presidents but very capable deans, associate vice-presidents and department chairs. And we have a clear sense of our responsibility to the people who support this university.”

Up on the 13th floor of the Schmon Tower, preparing to vacate the corner office for its next inhabitant, Traves reflected on “an absolutely enjoyable year. It was nice to get know a new university, new colleagues. The challenges and issues here are not that different from what I’ve experienced elsewhere.”

He regretted not having time to meet more people, but got satisfaction in soliciting campus-wide input for a strategic plan draft that could chart the University’s course for the next generation. Its recommendations are now left to be considered by his successor.

“I guess I saw my role almost as a consultant, I know I’m not here for the long term. I have insights into things and I’m prepared to share those insights. Now it’s up to other people to move on them or not, as they see fit.”

One of his best Brock memories comes from the day before he even started the job.

“On the Sunday before the Monday, my wife and I drove to Niagara to drive around the campus. When we pulled up, I said ‘Wow, this is a big place.’ It looked new, fresh, well designed, it was very impressive.

“When we drove home that afternoon, I felt really pumped and ready to go.

“They say that the best way to recruit students to your university is to get them to visit and fall in love with the campus. Well, it works for a president, too.”

Below is a gallery of photos from the appreciation night held in Traves’ honour on July 11 in Pond Inlet.