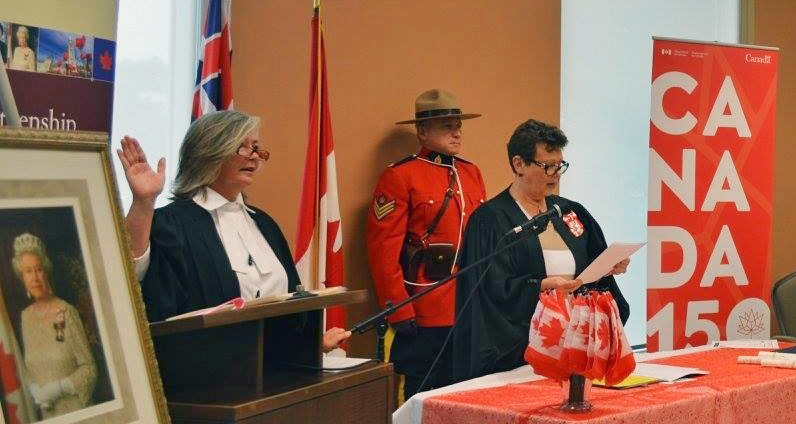 While most people celebrated Canada Day with fireworks and family barbecues, Dorothy Griffiths spent July 1 providing a warm welcome to a group of new citizens.

The Brock Child and Youth Studies professor was the volunteer presiding official at a Niagara-on-the-Lake citizenship ceremony, where she swore in 19 individuals as they officially became Canadians.

“It’s a wonderful opportunity to share a historic moment in the lives of these families,” said Griffiths, who first started volunteering in the role two years ago.

“Even though I’ve done it before, this year being Canada’s 150th made it even more spectacular,” she said. “Everyone was excited to be getting their citizenship on this particular day of all days.”

The ceremonies are typically conducted by a citizenship judge, but volunteers, who must be Order of Canada recipients, are called in to assist when multiple ceremonies are scheduled for the same day in the same geographic area.

Griffiths received the Order of Canada, the country’s highest honour, in 2011.

Saturday’s ceremony — with a packed standing room-only crowd — left her feeling inspired in a way no event has before.

“For me, you couldn’t feel any more Canadian than being part of that,” she said. “Knowing these individuals have given up their lives somewhere else, many of them struggling to get here, it’s touching.”

Griffiths was moved as she watched children, adults and seniors take the oath that solidified their status as Canadians. In addition to the family and friends of those being sworn in, the room was filled with people who came to renew their citizenship to mark the July 1 holiday.

Griffiths found inspiration from one woman in particular, who was transfixed on her every word as she spoke about the rights and responsibilities the new citizens must take on.

“She kept nodding and smiling. You could just tell she was enjoying the moment and realizing the freedoms and opportunities that she has here in Canada,” she said.

Griffiths hopes those in attendance walked away feeling welcomed and aware that the country’s diversity is something all Canadians should take pride in.

“We all come from different backgrounds and we all have a different history, but we now share a common future,” she said. “Canada’s prosperity, Canada’s freedoms, opportunities for peace — all these things that we treasure are now part of their lives too.”

Griffiths hopes to participate in more citizenship ceremonies following her retirement from Brock next June. 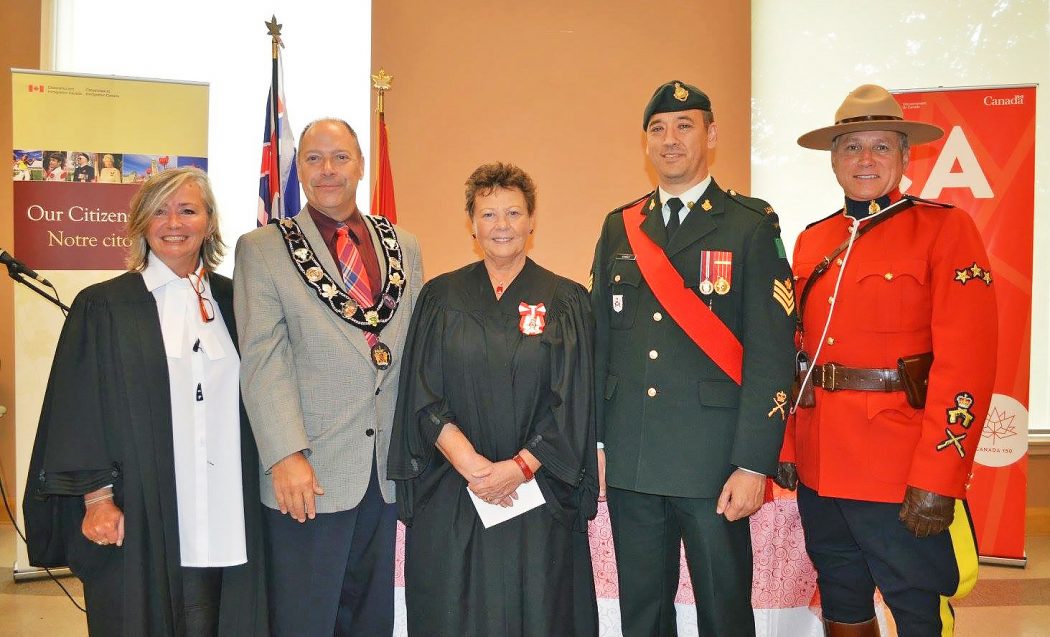