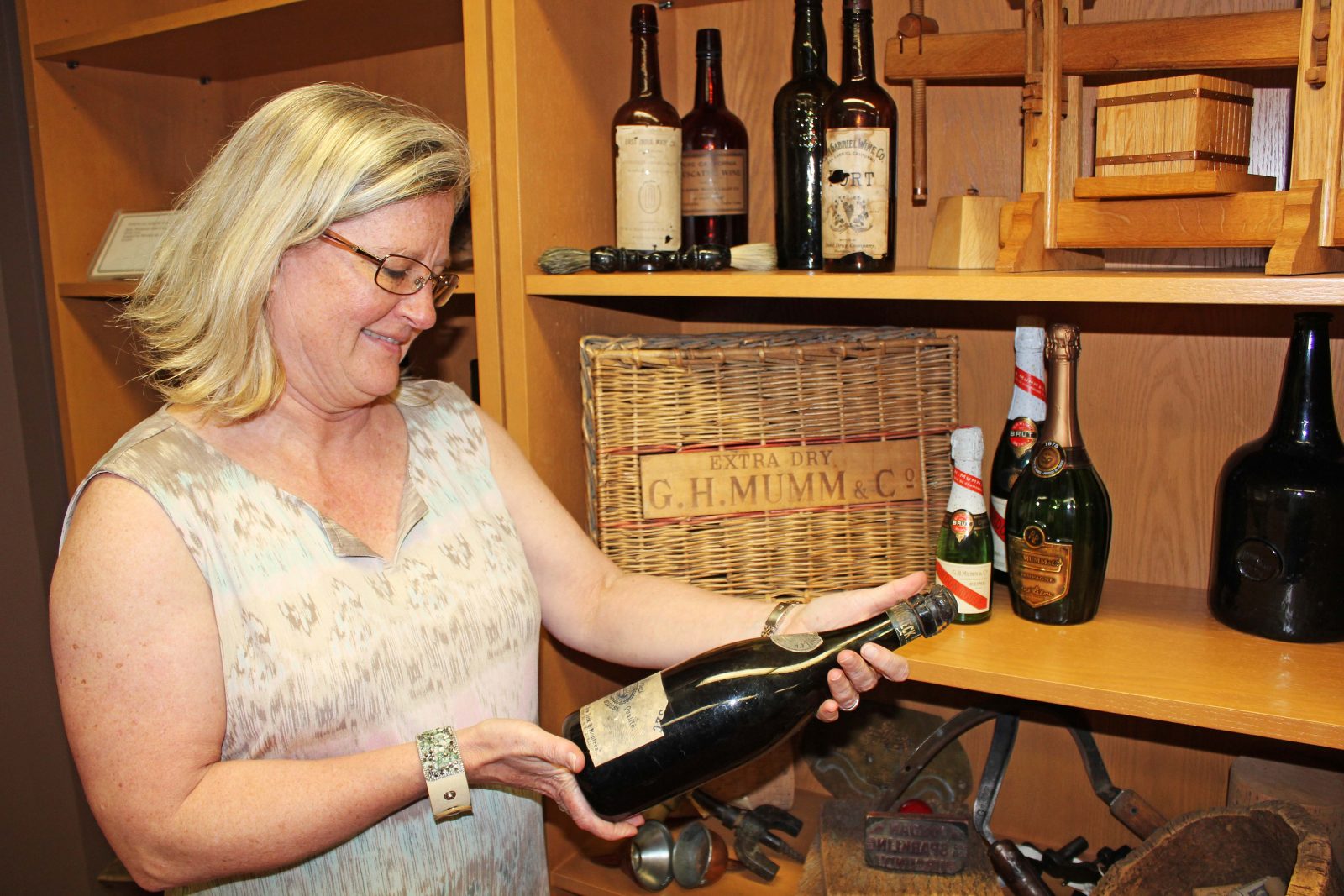 When people hear the name Seagram, they likely think of two things: gin and Samuel Bronfman.

But, as illustrated in a now prominently displayed Brock collection, the renowned name actually pre-dates the man most commonly associated with the Seagram brand.

In fact, the company originated with Joseph E. Seagram, a Canadian entrepreneur who became the sole owner of a Waterloo distillery in 1883. After his death, Seagram’s distillery was purchased by Bronfman, who formed a company that would eventually become the largest distiller of alcoholic beverages in the world. 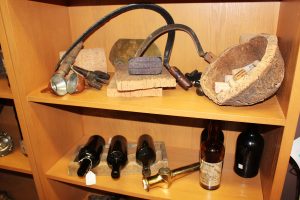 The Seagram Wine Collection contains pre-20th century artifacts such as this stamp, that reads “Jordan Sparkling Burgundy, Red Seal,” and was likely used to label boxes of wine that were to be shipped or transported. Vintage corkscrews, bottles and a large piece of hollowed-out cork round out this section of the display, which is completed with present-day corks from local wineries to showcase both the historical and modern era of winemaking.

A collection of artifacts telling the Seagram story — and, more generally, the history of alcoholic beverage-making in the late 19th and early 20th century —­­­­ is currently on display at Brock University’s Cool Climate Oenology and Viticulture Institute (CCOVI).

“Housing this collection exemplifies CCOVI’s long-standing commitment to education and knowledge transfer,” said CCOVI Director Debbie Inglis. “Many of the pieces, such as the magnificent cork processing pieces, are still of practical use for teaching purposes, and they offer a unique glimpse into the fascinating history surrounding the Seagram company and the development of the grape and wine industry throughout the world.”

The collection was originally displayed at the former Seagram Museum in Waterloo. When the museum closed its doors in 1997, the collection was dispersed to a number of institutions, with CCOVI receiving a historic collection of winemaking books and artifacts.

The donation from the Seagram Company was a major contributor to the institute and Inniskillin Hall.

A 17th-century wine press and bottle rack are among some of the larger pieces that currently adorn CCOVI’s front foyer, while an impressive collection of quirky corkscrews, wine barrels and vintage glass bottles are on display throughout the building.

When the institute recently underwent a summer facelift (by way of a fresh coat of paint and some newly acquired shelving), it seemed the perfect time to more prominently display the important historical collection and share its origin story with a new audience.

It also falls nicely in line with Canada’s sesquicentennial, a time when citizens from coast-to-coast are taking a vested look at the nation’s history. 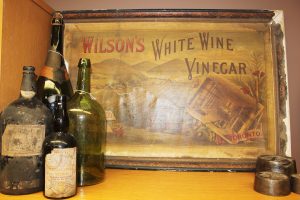 Pieces from Brock’s Seagram Wine Collection are now on display in Inniskillin Hall.

“Retaining stewardship of the Seagram collection and sharing its history plays a significant role in advancing our mandate to focus on the culture of wine,” Inglis said. “The pieces that we have in our possession are not only stunning visual artifacts, they also provide a living history of the industry to not only our students, but also to everyone who walks through the doors of CCOVI.”

The collection includes everything from an 18th-century brass cellarette and models of decades-old winemaking equipment, to an eclectic collection of books and artwork picturing fun-loving monkeys popping champagne corks.

“It truly is a very diverse and interesting collection,” Inglis said. Her personal favourite is a bottle from 1905 that is labelled as being a “Medicinal Wine” thanks to its ability to “enrich the blood and tone up the system.”

“I also love the copper filler, the wooden corker and the riddling racks used in sparkling wine production — it is so hard to pick just one item,” Inglis added.

The collection is currently on display in Inniskillin Hall, with some pieces also set to be displayed in other locations on campus in the near future.