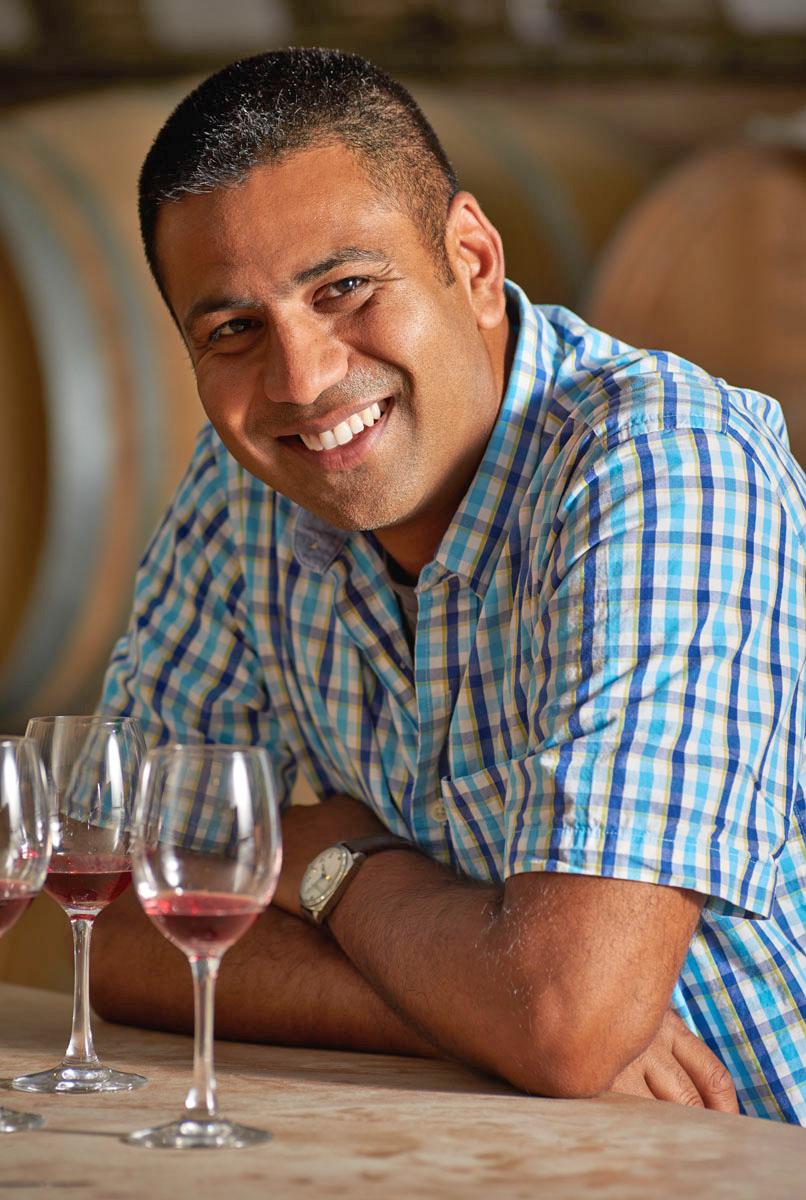 One of Brock’s first graduates of the Oenology and Viticulture program was recognized for his winemaking prowess at this year’s Ontario Wine Awards.

Shiraz Mottiar (BSc ’00) won the coveted 2017 Winemaker of the Year award at a ceremony held in May. The Ontario Wine Awards, considered by many as the Oscars of the winemaking industry, were founded 23 years ago by international wine consultant, judge and writer Tony Aspler, as a means to celebrate Ontario’s best VQA vintages.

In winning this year’s award, Mottiar — who is the lead winemaker at Malivoire in Beamsville — is in good company. He is the third graduate of the OEVI program in Brock’s Cool Climate Oenology and Viticulture Institute (CCOVI) to take home the award.

Rob Power (BSc ’00), a fellow member of Mottiar’s graduating class, was named as the 2008 Winemaker of the Year, while Thirty Bench Wine Makers’ Emma Garner (BSc ’04) secured the honour in 2015.

“We’re thrilled to see Shiraz receive this well-deserved recognition,” said CCOVI director Debbie Inglis. “CCOVI is committed to training highly qualified personnel for the grape and wine industry, and seeing Shiraz and two other alumni recognized for excellence is evidence that we’re not only meeting but excelling in that mandate.”

Mottiar has worked in the winemaking industry for nearly 20 years, starting as a cellar hand at Malivoire after graduating from Brock. Within a year, he was promoted to assistant winemaker. After spending a year overseas, he returned to Malivoire and took on the lead winemaking duties in 2005.

In his spare time, Mottiar also works in his personal vineyard on the Beamsville Bench. He attributes a large part of his success to the mix of theoretical classroom knowledge and experiential learning he had in local vineyards and cellars during his time at CCOVI.

“As I got a grasp of the routine and understanding of winemaking, I could apply some of the theory and experimental design learned at CCOVI within our own vineyards and lab to continue learning and always improving our methods and quality of wine,” he explained.

Mottiar has also continued to be a strong supporter of the institute since graduating. He recently served as the host and member of the judging panel for the 2017 Experts Tasting and will be working alongside CCOVI to develop this year’s School of Cool education program at the upcoming International Cool Climate Chardonnay Celebration.

The industry-focused workshops and seminars offered by CCOVI have also been of benefit, he said. Being a member of the Fizz Club (lead by CCOVI Oenologist Belinda Kemp), for example, has helped guide his sparkling winemaking.

“It couldn’t have come at a better time for us because Fizz Club started just after we pressed our first grapes for sparkling,” he said. “Our growth in this field has been accelerated by having the Fizz Club around, to learn from Belinda Kemp and the international colleagues she invites, along with tasting and bouncing ideas off our peers in the club.”

While he loves the thrill of the “crush” (when the year’s harvest of grapes begins its transition into wine) it’s spending that time between the vines and tasting the fruits of his labour that he’s most passionate about.

“Some of the happiest moments are alone in the vineyard on the tractor — just getting the job done — or in the cellar, tasting from a tank or barrel,” he mused. “That gives you that awesome feeling of accomplishment.”