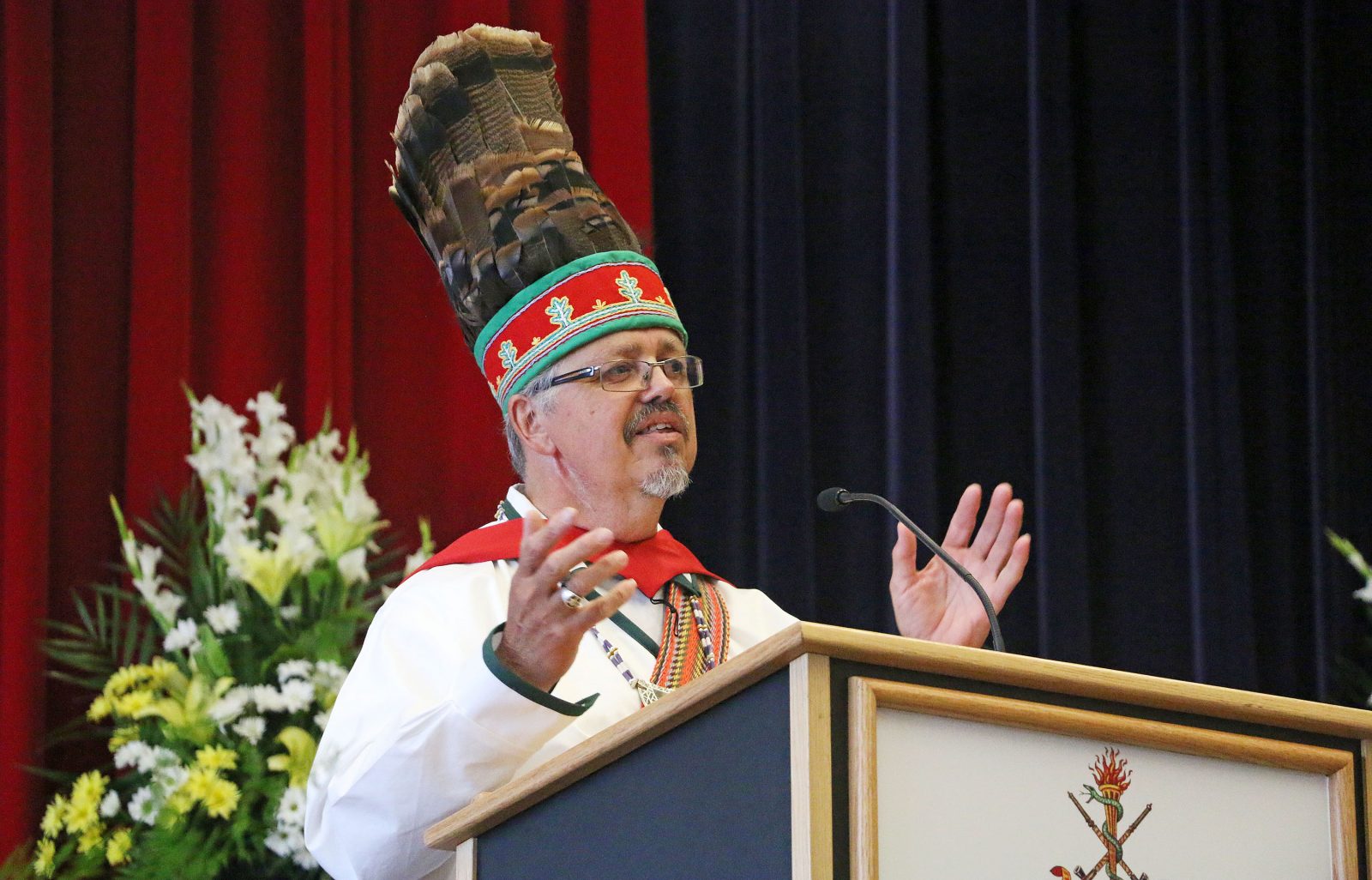 In Iroquoian tradition, last names are meant to be unique and meaningful, and both hold true for David Kanatawakhon.

“As it turns out, I’m the only Kanatawakhon in the world,” he told a packed crowd during his address at Brock University’s final Spring Convocation ceremony. “If you Google Kanatawakhon, you get me, whether you want to or not.”

There’s a good reason for that.

Kanatawakhon, who received an honorary doctorate from Brock Friday, June 9, has made it his life’s work to keep the Mohawk language alive. His multiple dictionaries and textbooks on the language have become the foundational tools for those learning indigenous languages.

He set out to teach Mohawk “so we can get our language back,” he said. 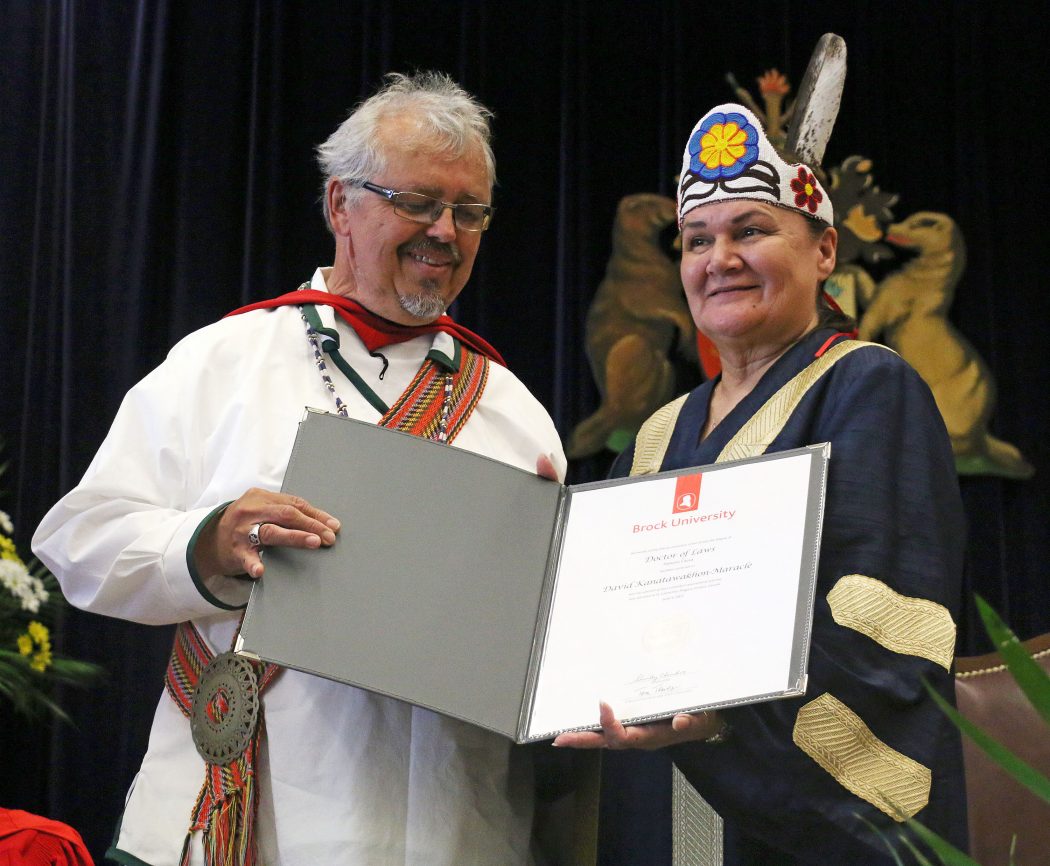 “We went through a cultural bump and people abandoned the language. That’s most unfortunate.”

Kanatawakhon’s last name means ‘shaking the town,’ and that’s what he has done over his many years of teaching students from elementary school to university.

“I’ve tried to shake up our communities and get our language going again,” he said. “Language is one of those things that make us unique and special. We’re at a time now that we have so much technology that we’re going to be able to bring it back.”

Kanatawakhon said he has been driven by his passion for keeping his language alive, and he encouraged the graduating students to find what drives them.

“I encourage people to develop a passion for what you’re doing,” he said. “You’re graduating and you’ve got all these skills that you can now focus on something. Use that to help yourself get through life.”

Friday’s Convocation concluded a week of celebrations with more than 3,550 students graduating in nine ceremonies. 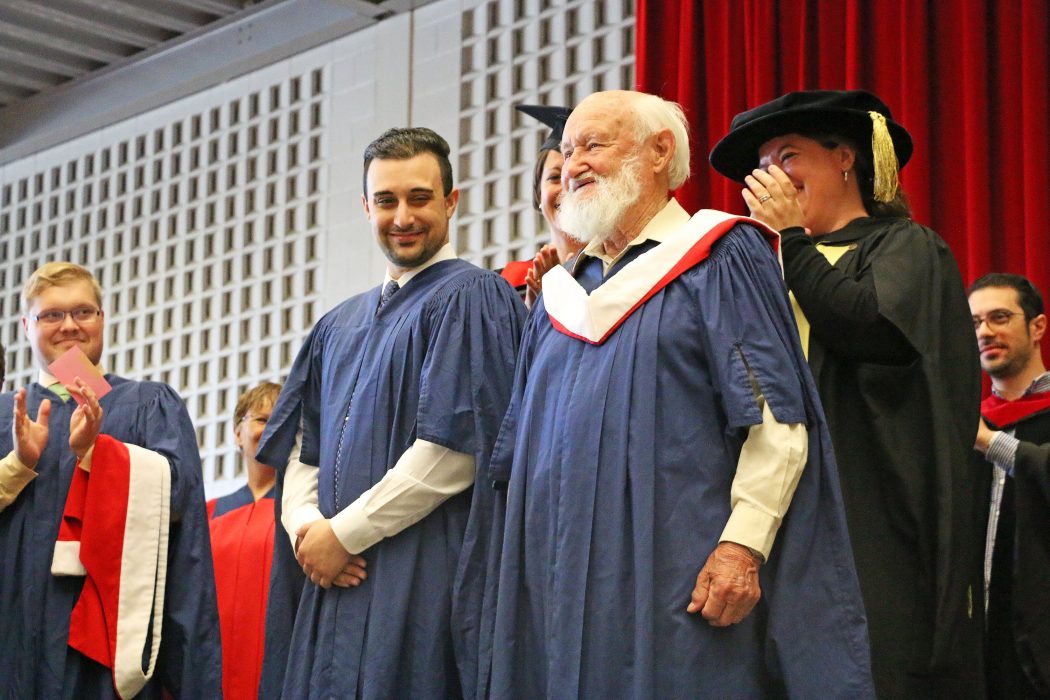 Among the graduates in the final ceremony Friday was 93-year-old Robin Guard, who shattered the record as Brock University’s oldest-ever grad. Guard’s story has garnered plenty of attention this week with stories on CTV National News and in the St. Catharines Standard as well as radio interviews as far away as Montreal.

Faculty Awards for Excellence in Teaching

Mathematics and Statistics Professor Kihel has contributed to the growth of the department by actively participating in curriculum development, establishing well-attended new courses in his areas of expertise. He has also served many years as an engaged member of the graduate program committee. Kihel is also conducting an active research program funded by NSERC.

English Language and Literature Professor Danahay researches the effects of new media on cultural production and in the digital humanities. His work in digital humanities scholarship has been crucial to the development of online courses for the Department of English. 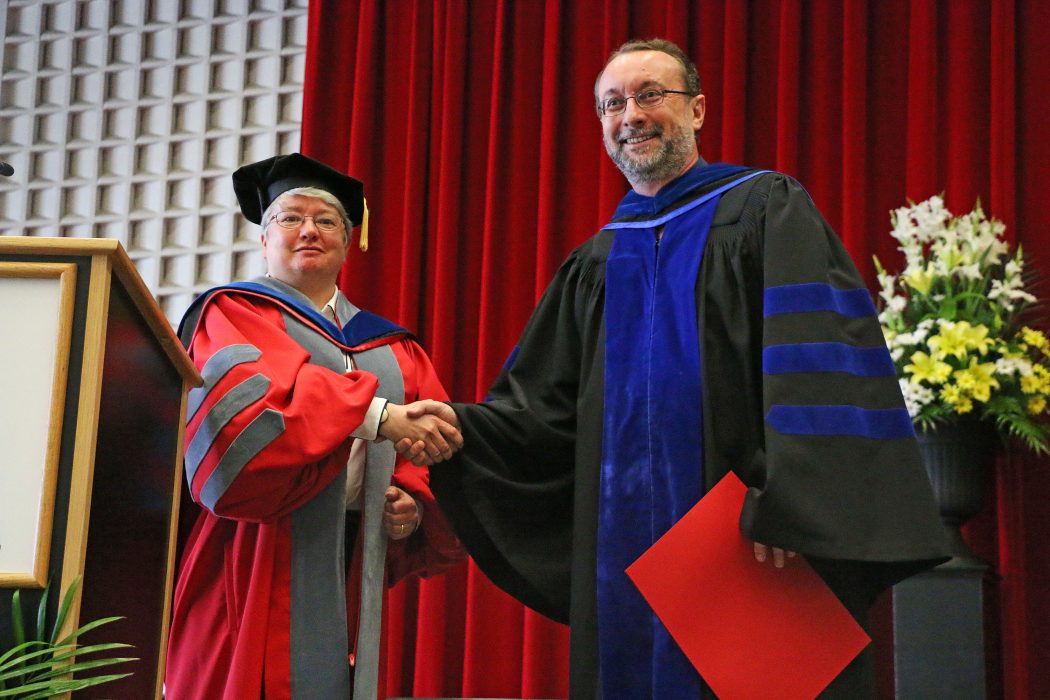 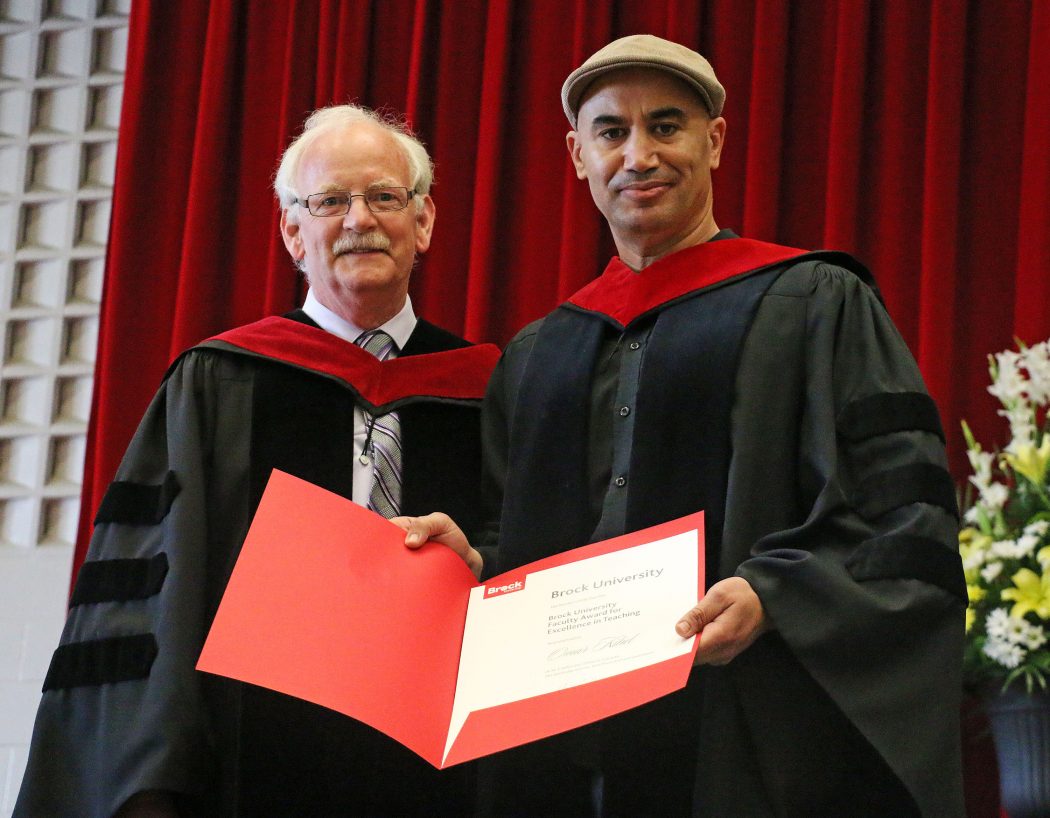 Friday, June 9, 10 a.m. — Faculties of Humanities and Mathematics and Science