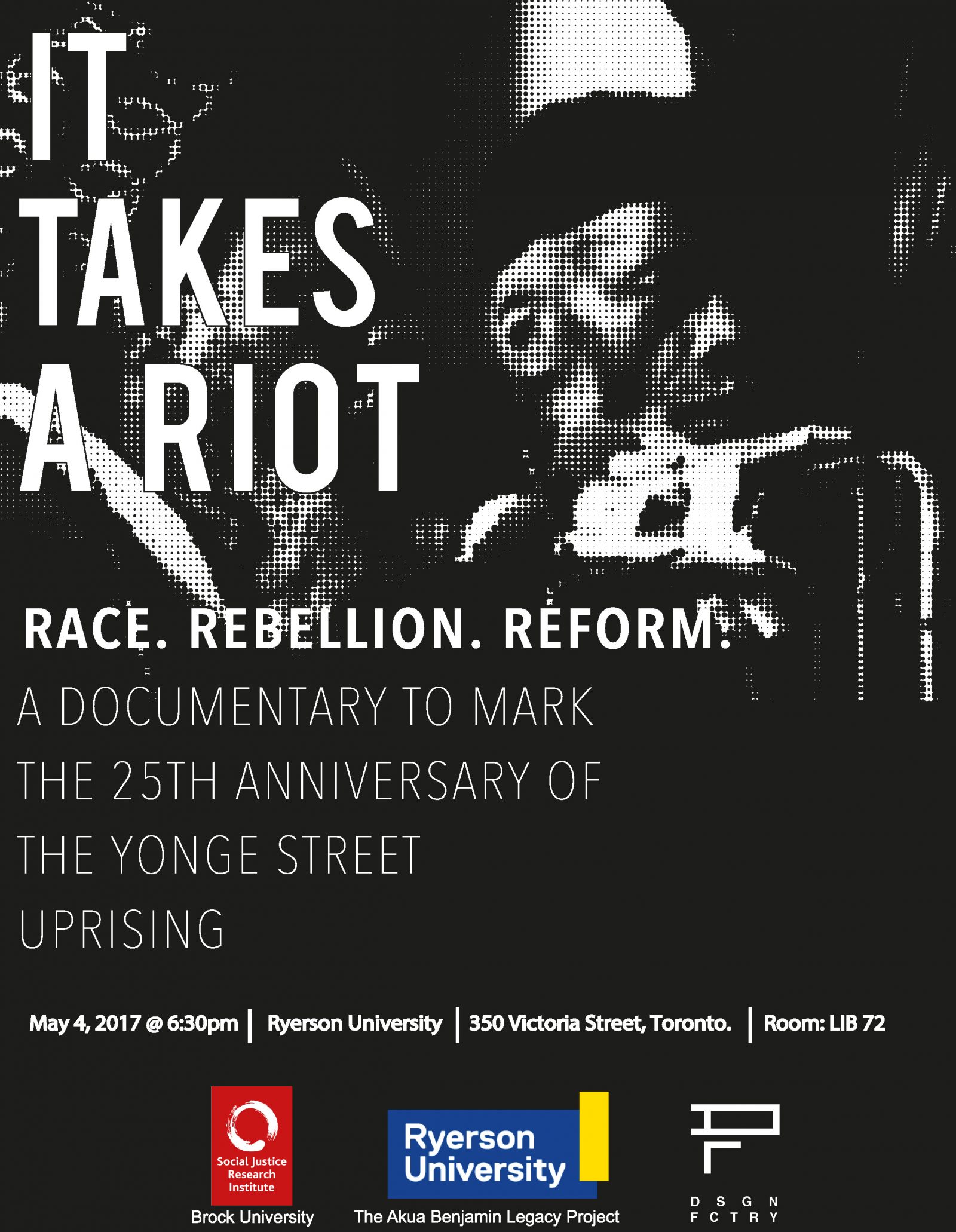 Feeling marginalized and targeted, a part of the population reaches its breaking point and takes to the streets in protest.

It sounds like something that could have taken place today, but Thursday, May 4 marks 25 years since the Yonge Street Riot took place in downtown Toronto.

“With anti-black police violence and Black Lives Matter in the news 25 years later, now was the time to revisit the events of May 4, 1992 along with its social and historical context, political aftermath and relevance for contemporary struggles against anti-black racism,” says Simon Black, Assistant Professor in the Centre for Labour Studies at Brock University.

The Yonge Street Riot started as a rally organized by the Black Action Defense Committee with about 1,000 people protesting against the Rodney King verdict and the shooting death of a 22-year-old black man by Toronto police a few days earlier.

They marched to City Hall, with a handful of protestors causing damage, and then the group grew as it marched along Yonge Street, where things escalated.

“Many, including police and politicians, called it a riot. Others, myself included, think of it more as a rebellion, an uprising,” Black says.

After writing an article about the event, Black was encouraged to produce a documentary to mark the 25th anniversary.

The film, It Takes A Riot: Race, Rebellion, Reform, will be released in a screening Thursday, May 4 at 6:30 p.m. at Ryerson University. The screening will take place in room LIB 72. It’s free and open to the public, but space is limited.

A second screening will take place at the Niagara Artists Centre in late May, and the film will eventually be housed on Ryerson’s Akua Benjamin Legacy Project website along with an instructors’ guide and other resources for teaching and learning.

Black says the documentary asks the question: ‘What does it take for black people to get justice in this society?’

“While media coverage of the day focused on property damage, it was the confrontation of young people with the police that tells the true story of May 4,” he says. “Police were shooting and killing black people with impunity in the City of Toronto, never mind the daily indignities suffered by black people as they were racially profiled and harassed by police.

“Not much has changed. The question remains: why must things reach a crisis point before government addresses systemic anti-black racism?” says Black.

Black co-wrote the film with Howard Grandison, who also directed. The two, along with Assistant Professor of Social Work at Ryerson Idil Abdillahi, produced the film. It was funded by The Akua Benjamin Legacy Project at Ryerson and the Social Justice Research Institute at Brock.

“The story has been told in poetry, literature and has received some scholarly attention but not nearly enough,” Black says.