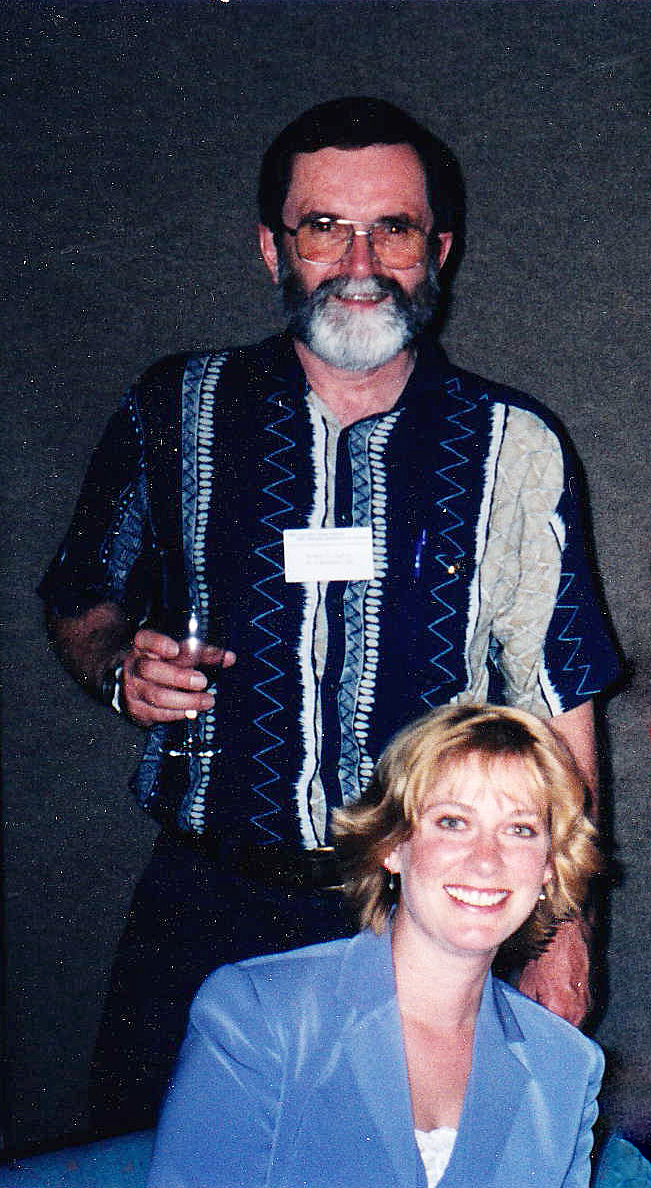 Brock Professor Kimberly Cote, foreground, recently completed her three-year presidency with the Canadian Sleep Society, during which she was able to nominate mentor and retired Brock Professor Robert Ogilvie for an Honorary Membership. The pair are pictured together during a conference in 2001.

For Kimberly Cote, it was a dream ending to her successful term as president with the Canadian Sleep Society (CSS).

The Brock psychology professor wrapped a three-year run as leader of the national non-profit professional organization by recognizing her mentor, Robert Ogilvie, with a 2017 CSS Honorary Membership.

Honorary members are selected by the Sleep Society board based on their outstanding contributions to the field of sleep research or sleep medicine in Canada.

The honour has only been bestowed upon six individuals in the history of the organization, which aims to improve sleep for Canadians through support for research, promotion of high quality clinical care, education of professionals and the public, and advocacy for sleep and sleep disorders medicine.

“Robert Ogilvie is my first academic mentor and the reason I went into sleep research,” Cote said of the retired Brock professor, who started the University’s sleep research lab in the Psychology department in 1971.

Ogilvie made significant contributions to the study of sleep and behaviour, and particularly to understanding the mechanisms of sleep onset processes.

He served as the second president of the CSS in 1988.

Cote said it has long been an honour and privilege for her to be able to keep the Brock Sleep Lab legacy going after Ogilvie’s retirement in 2001.

“It was very special for me to end my presidency of CSS with the nomination for Bob to receive the 2017 honorary membership,” she added.

Ogilvie’s contributions to sleep science, the Canadian Sleep Society, and mentorship of trainees put him at the top of a long list of deserving individuals marked as potential candidates for the honour by the CSS board.

Having her nomination approved and her mentor recognized was one of many highlights of the presidency for Cote.

While her time at the helm of the Canadian Sleep Society included a “tremendous amount of work,” it was worthwhile in order to see the organization progress, she said.

“I feel I was able to put the society in a financially viable position to grow its programs and impact,” she said while reflecting on the past three years.

During her tenure, Cote led two national conferences, and hosted its first-ever CIHR-funded patient engagement workshop, an event that saw stakeholders from across Canada participate in discussions on patients as partners in research.

She also led an inaugural national fundraiser, the Great Canadian Sleepwalk, which took place in four Canadian locations, including the Brock campus, in August 2016.

“These knowledge mobilization initiatives are particularly important for linking what we know about basic science, technology and medicine to the public and practice,” she said.

Cote will remain on the Canadian Sleep Society board as past-president until 2019.

She believes the organization is “on an upward trajectory” and will be introducing more educational programs for professionals, as well as more public outreach and patient advocacy in the future.

Newly updated patient information brochures and other resources may be found at canadiansleepsociety.ca.