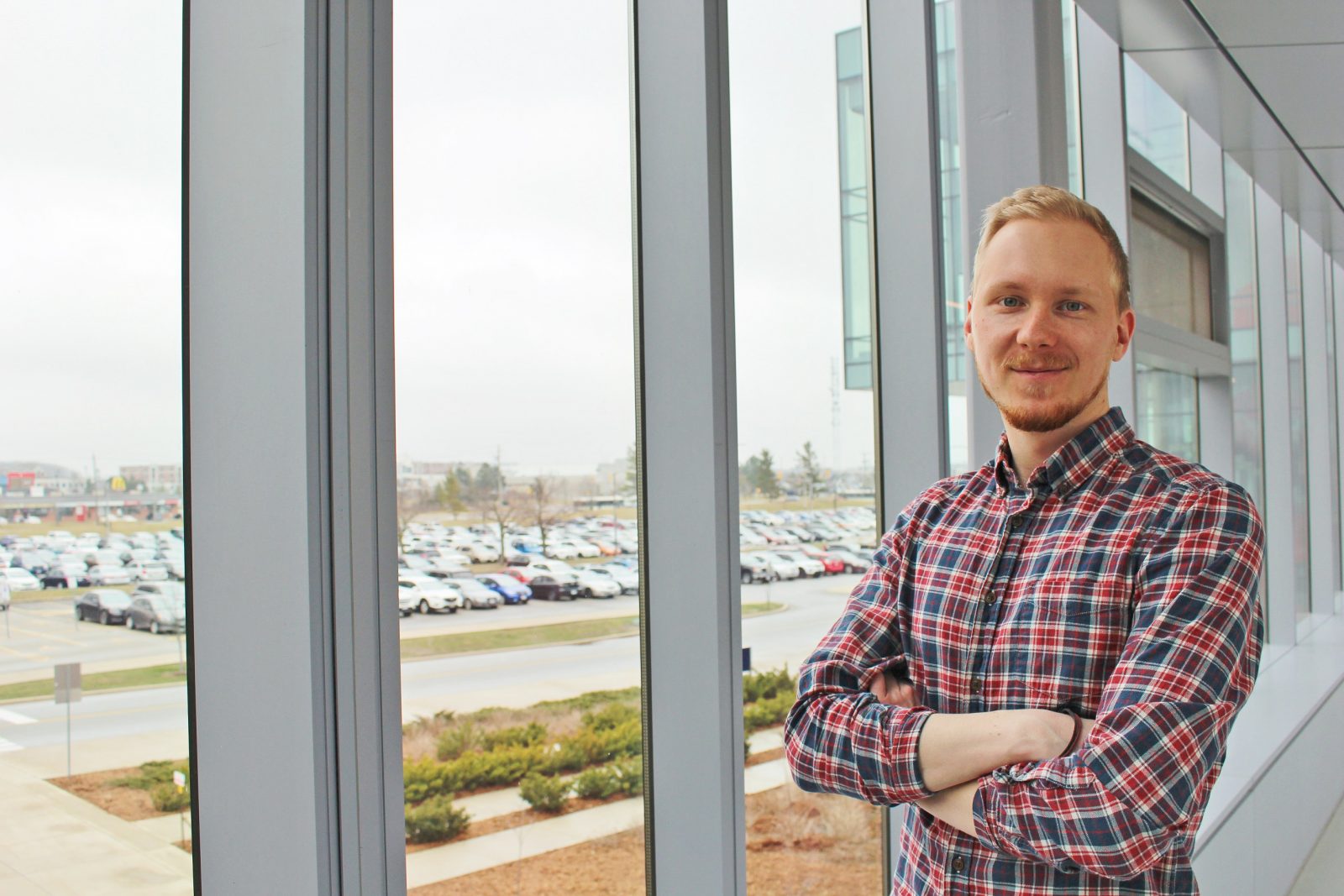 Pascal Michelberger, a Brock Master of Arts in Studies in Comparative Literatures and Arts student, has spent the past year working to develop additional supports for fellow international students.

Life as an international student does not come without its challenges.

It means navigating a new country and culture, often learning a new language and manoeuvring a different school system — all which some people may find overwhelming.

After his own experience traversing the globe for education, Brock Master of Arts in Studies in Comparative Literatures and Arts student Pascal Michelberger decided he wanted to lend fellow international students a helping hand.

Michelberger, who travelled from Germany to study at Brock, has spent the past year working as a graduate teaching assistant in an introductory Spanish course.

While he enjoys the formal assistance he’s able to offer in the classroom, he hoped to take that support one step forward by developing a Spanish conversation circle called Parlanchín.

The student club is meant to help other international students with their transition to life at Brock using the power of conversation, while also encouraging new friendships.

“In my Spanish for beginners class, I often had students coming up to me asking about opportunities to practise their Spanish outside of the classroom,” Michelberger said.

“I decided to form a Spanish conversation circle for both international students and students studying the Spanish language. Through this group, we are able to connect as equals. We continue to support each other despite our differences.”

Michelberger has also been responsible for organizing cooking sessions and movie screenings on campus, inviting students to try authentic Spanish cuisine while taking in a film.

“Pascal has demonstrated an outstanding sense of academic professionalism paired with an incredible dedication to promoting a globalized and international perspective to student involvement and participation,” said Professor Cristina Santos, Michelberger’s supervisor.

“He serves not only as a role model for our own Canadian students, but also as an ambassador for future international students.”

Born in Germany, Michelberger studied Spanish and business while attending the University of Mannheim.

During his time with the institution, he roomed with an international student who had previously studied at Brock.

As their friendship grew, Michelberger learned more about Brock and the opportunities available to international students.

“Since joining Brock University I have been welcomed with open arms. I have met people of all different backgrounds and have made many new friendships,” he said.

“Being an international student isn’t a barrier. Everyone in my program is eager to help. They encourage me and my colleagues to think critically and to speak up when we have a question or idea that we would like to pursue.”

Michelberger hopes to encourage other international students to step outside of their comfort zone and to connect with other people on campus and in the community.

His advice to incoming international students is simple: Take advantage of as many opportunities available on campus as possible.

“Don’t be afraid of approaching people – ask questions and explore. You will be surprised how easy it is to make connections with faculty and fellow students.”