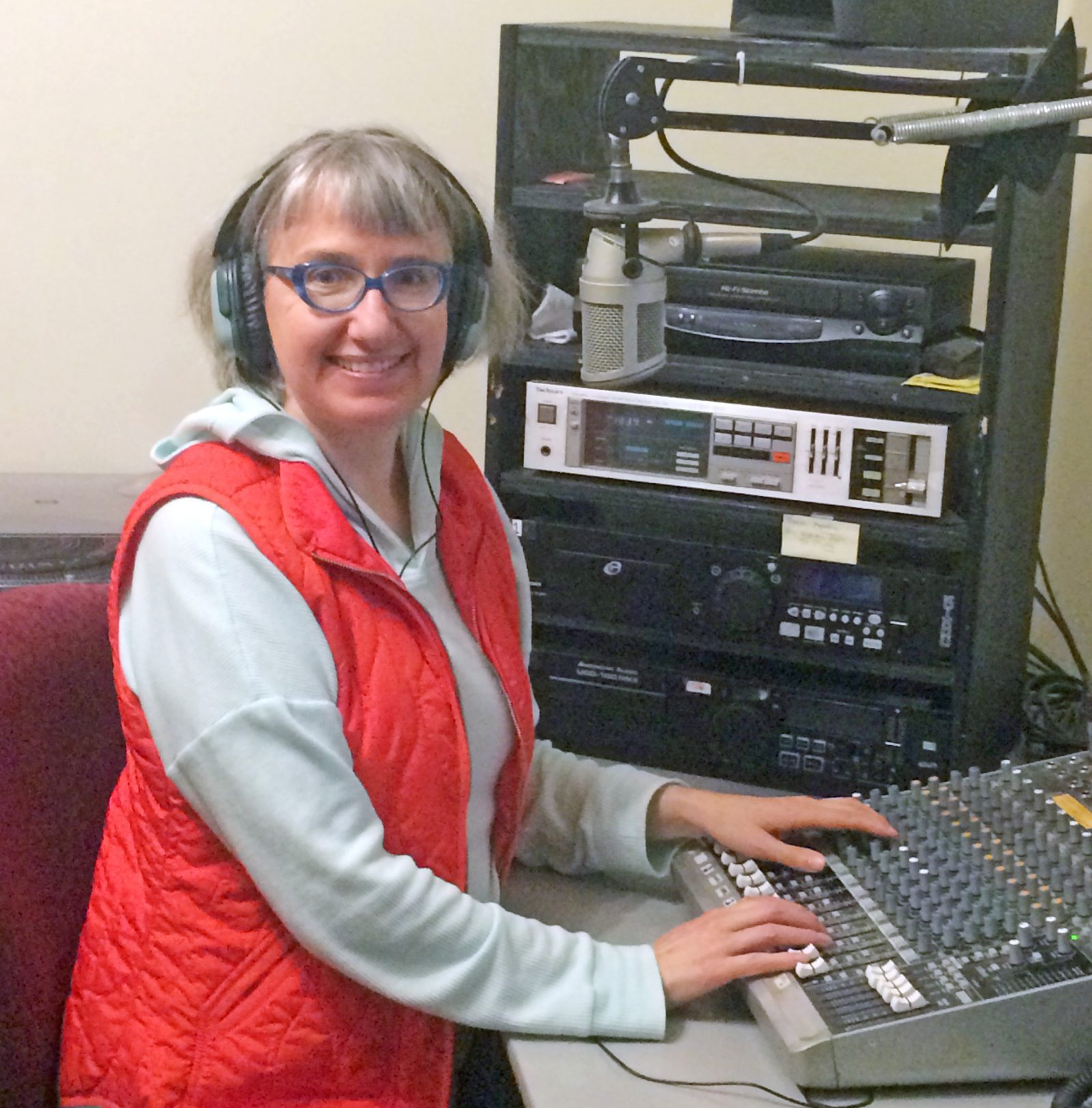 Catherine Parayre, Associate Professor in Studies in Arts and Culture as well as Modern Languages, Literatures and Cultures, has partnered with the University of Innsbruck and the Canadian Embassy in Austria to create a radio series highlighting Canadian culture.

A Brock Radio-produced series is hitting the airwaves overseas and receiving rave reviews for its efforts to highlight Canada’s rich culture.

Catherine Parayre, Associate Professor in Studies in Arts and Culture as well as Modern Languages, Literatures and Cultures, has partnered with the University of Innsbruck and the Canadian Embassy in Austria to create “Kanada: Nouvelles littéraires and more.”

The seven-part radio series is one of a number of initiatives launched in 2017 to celebrate the 20th anniversary of the Centre of Canadian Studies at Innsbruck.

The show began April 4 and will run biweekly until June 20 on Innsbruck radio station Freirad.

Each hour-long instalment features interviews in English, French and German, as well as a wealth of Canadian music between segments.

“It’s all about Canadian culture, but it’s also about diversity and being able to use resources in different languages,” said Parayre, who is producing the series.

Since the initial episode aired, Parayre has received a wealth of positive feedback and has been invited to speak about Canadian culture and about Brock on other international platforms.

The project was born through a research agreement between Brock and the University of Innsbruck, which houses the oldest centre of Canadian studies in Europe.

The centre promotes research in any discipline that has a connection to Canada.

“You don’t have to be focused on literature or culture, you can be focused on biochemistry — as long as there is Canadian content,” Parayre said.

That ideal is reflected in the radio show, which covers a broad range of topics in some way related to Canada.

Some of the many guests featured throughout the series include Konstanze Zwintz, University of Innsbruck astrophysicist, Mark Bailey, Canadian Ambassador to Vienna, Herménegilde Chiasson, Acadian author and former Lieutenant Governor of New Brunswick, and Phil Cormeau, Acadian filmmaker. The shows also feature a variety of Canadian authors, musicians and artists.

Brock English Language and Literature Associate Professor Adam Dickinson and Modern Languages, Literatures and Cultures Instructor Paul Savoie will also be featured on the show, in addition to Tabitha Lewis from Brock’s MakerSpace.

“It’s not just about getting people to know Canada — Canada in Austria is known,” Parayre said. “It’s about bringing together cultures, expressions and languages and sharing knowledge.”

The project was made possible with the assistance of Brock Radio, which has provided Parayre use of its professional equipment and the expertise of Brock Radio Director Deborah Cartmer to produce each session.

“Preparing this series has been a great experience in solidarity and intercultural and linguistic exchanges,” Parayre said. “Freirad is interested in continuing its co-operation with Brock Radio, which is very interesting for us. Scientists, professors and students at the University of Innsbruck regularly use Freirad as a platform for the dissemination of knowledge and for teaching.”

The Canadian Embassy and the University of Innsbruck will archive the radio series and will use segments for promotional purposes. The series will also be archived at Brock Radio with some segments broadcast locally.

“Kanada: Nouvelles littéraires and more” can be streamed online and airs live on Freirad from 11 a.m. to noon Eastern Standard Time.

The first episode is available online.