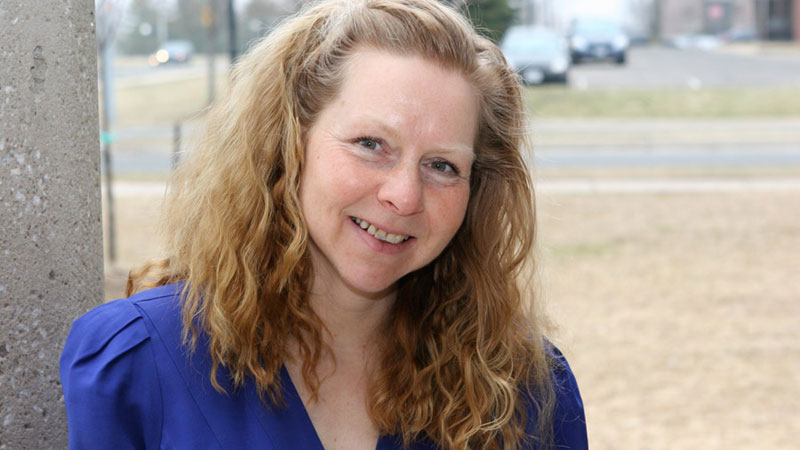 Milton, a poet, ‘man of letters’ and civil servant for the Commonwealth of England under Oliver Cromwell, was a driving force behind Western Europe’s Reformation.

This year marks the 500th anniversary of the movement — a defining moment in church and political history.

Earlier this year, Sauer was appointed president of the Milton Society of America (MSA), a community of around 500 scholars and researchers from around the globe.

“The poems Milton wrote have laid the groundwork for a lot of modern thinking,” says Sauer, who is the MSA’s first female Canadian president.

“Even the American revolution was influenced quite heavily by the thought of Milton over a century beforehand.”

One of Sauer’s many tasks will be to oversee the MSA’s 70th-year jubilee campaign, which includes a fundraising effort to support young scholars to pursue Milton studies.

Sauer is recognized as a world expert on Milton. In 2014, she published Milton, Toleration and Nationhood, a seminal book that examines Milton’s many works – the most famous including Areopagitica and Paradise Lost – to see how Milton developed concepts of toleration and liberty that informed discourses of English nation-building.

The book was the result of Sauer’s Killam Fellowship, an award that comes with two years of funding to focus exclusively on one’s area of research.

The Killam Fellowship is a highly prestigious honour. At the time she won it in 2009, Sauer was one of only nine scholars in Canada to get the award.