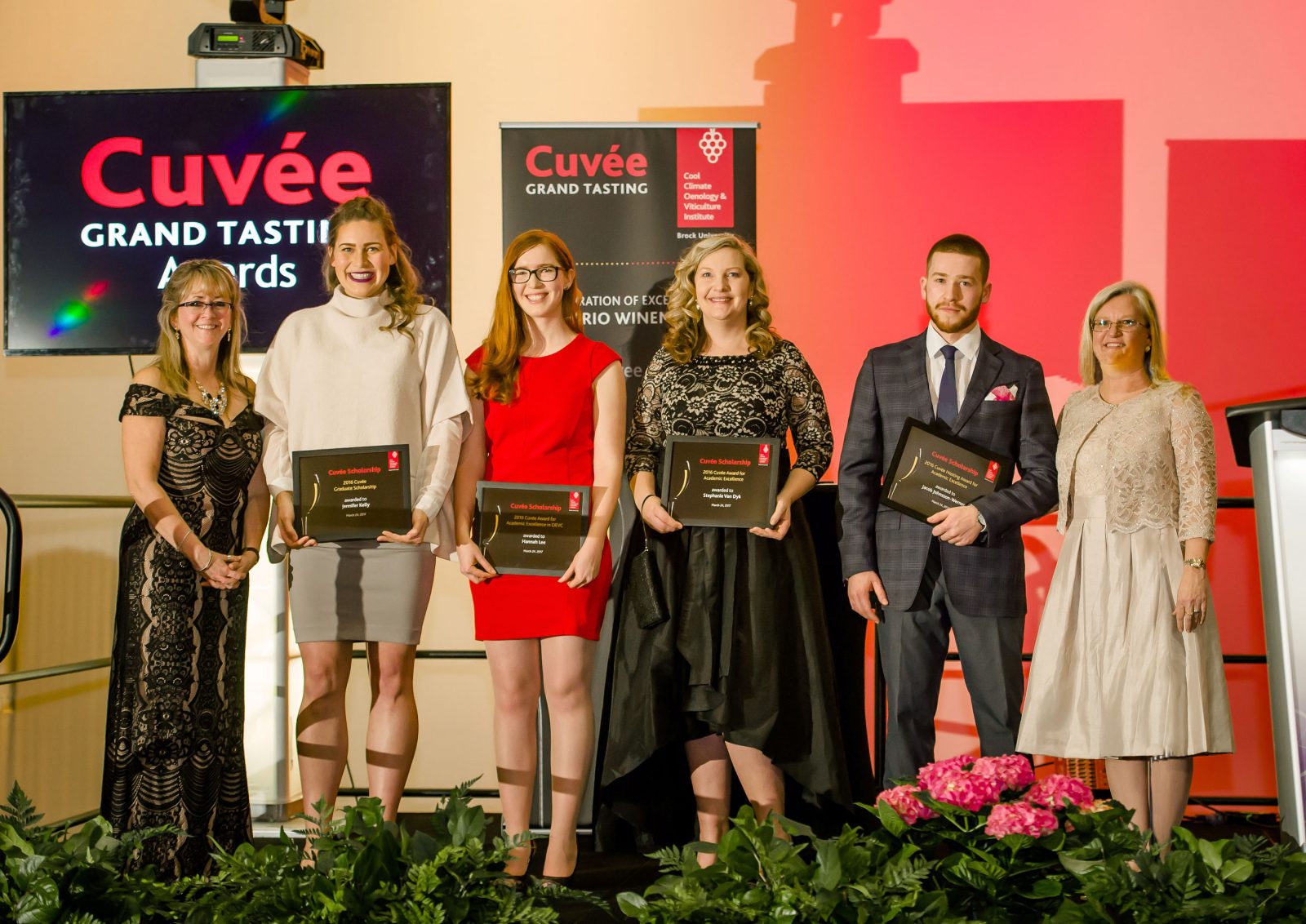 Hundreds of people packed the Scotiabank Convention Centre in Niagara Falls on Friday, March 24 to cheer on a set of award-winners who were recognized for supporting Ontario’s increasingly vital grape and wine industry.

The occasion was the Cuvée Grand Tasting, which each year launches the weekend-long Cuvée celebration of Ontario VQA wines, organized by Brock University’s Cool Climate Oenology and Viticulture Institute (CCOVI). Researchers at CCOVI conduct ongoing work to support grape growers and wineries in an industry that generates more than $4 billion annually in revenue, tourism and job creation.

Friday’s celebration saw more than 750 people turn out to savour the province’s finest wines along with fine cuisine. The popular event raises thousands of dollars to fund academic scholarships and research.

This year’s prestigious Cuvée Vineyard of Excellence Award went to Gerald Klose, whose Niagara-on-the-Lake vineyard has some of Ontario’s oldest vines. Sponsored by BASF Canada Inc., the award recognizes a grape grower who promotes excellence in vineyard practices. Klose was chosen by an expert panel for maintaining a high level of quality in his Chardonnay vineyard. Besides running his family farm, Klose also manages other vineyards across Niagara for Constellation Brands.

The Tony Aspler Cuvée Award of Excellence was presented to internationally known wine journalist Ian D’Agata. The Aspler Award is given to the individual or institution that best furthers the aims and aspirations of Ontario’s wine industry. Canadian-born but now living in Italy, d’Agata is an award-winning author who has twice been named Italy’s best wine journalist. His articles appear globally in magazines and newspapers, and he was recognized by the award committee as being a “great ambassador for Ontario wines on the world stage.”

Cuvée also celebrated the next generation of winemakers and grape growers by providing scholarships to Brock University Oenology and Viticulture students through the Cuvée Legacy Fund. This fund has already awarded more than $15,000 in academic scholarships and $13,000 towards industry driven research priorities.

The Cuvée Scholarship winners are: