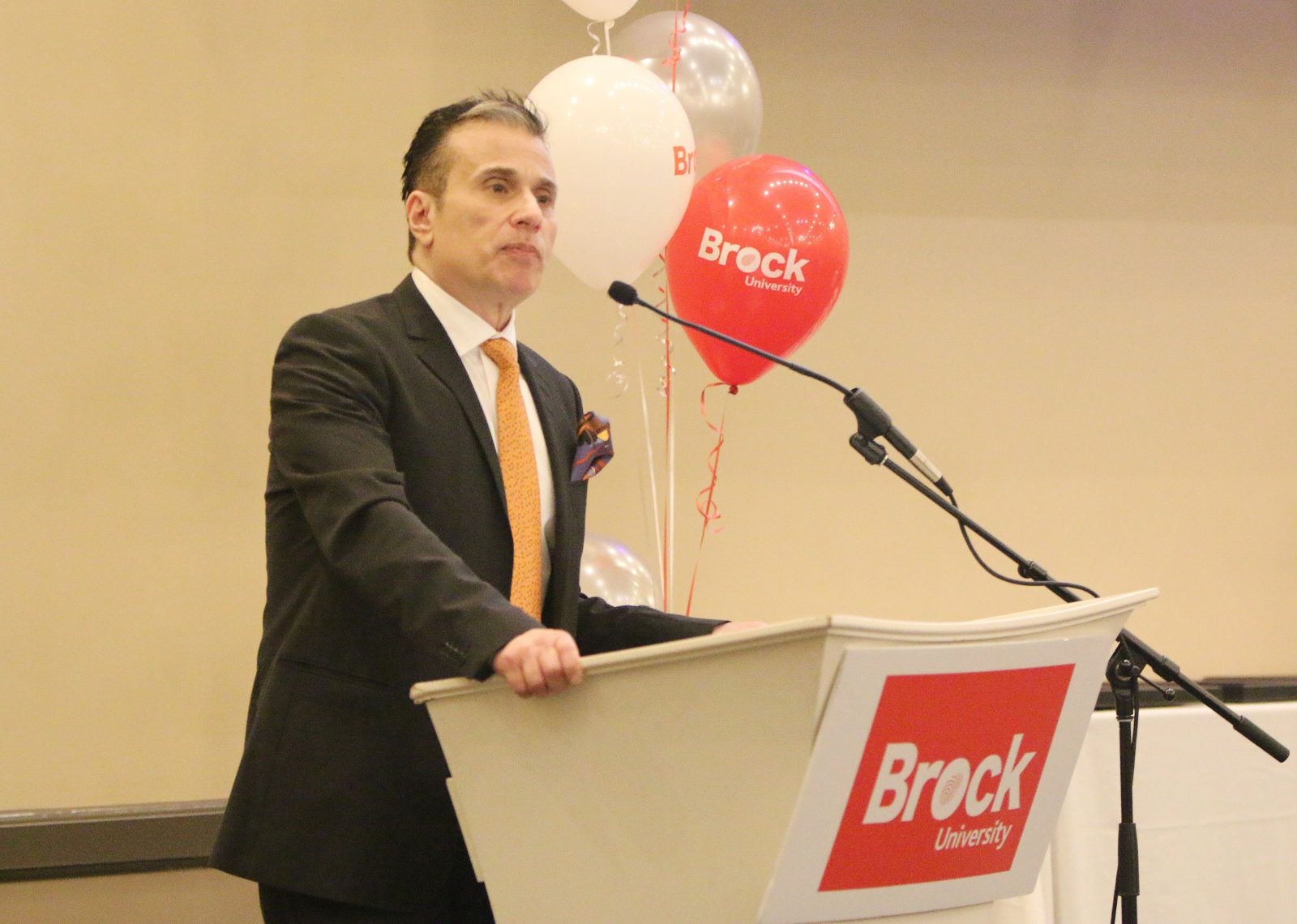 Erin Mathany has made plenty of friends in her 13 years working in the sports industry, but it’s her former professors at Brock University who became her biggest supporters.

Mathany (BSM ’05), Director of Strategic Partnerships for the Canadian Olympic Committee, was one of six people to be given awards at the Department of Sport Management’s 20th anniversary celebration Thursday night at Amici’s Banquet Centre in Thorold.

“Professors can be your greatest advocates and the relationships you develop last a lifetime,” Mathany said when receiving one of two alumni awards presented at the event. 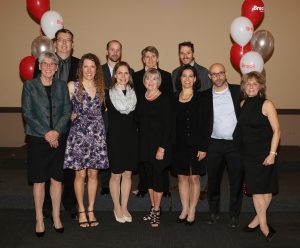 Faculty and staff from the Department of Sport Management.

In her role at the COC, Mathany remains a big supporter of the SPMA program at Brock, helping to mentor undergraduate students.

“I believe if you light the way for others, it will brighten your own path,” she said.

Also receiving an alumni award was Kojo Mensah (BSM ’04), Senior Policy and Issues Co-ordinator in the Ontario Ministry of Tourism, Culture and Sport. He has held a wide variety of positions in the Canadian sports industry and said the reputation of Brock’s SPMA program is well-respected.

“Everywhere I go I’m always bumping into other SPMA alumni. We’re everywhere. We’re taking over the Canadian sports industry,” he said with a laugh after receiving his award.

Winning SPMA department awards Thursday were: Cheri Bradish, who was the first-ever SPMA professor at Brock; Stephanie Brooks, who has worked in the department as an undergraduate co-ordinator and academic advisor since the beginning; and Charlene MacLellan, a long-time administrative assistant.

The keynote speaker at the event was sports broadcaster Michael Landsberg, who received the first SPMA Industry Award for being someone who has “significantly and positively impacted the Canadian sport community.”

Landsberg has become a champion for mental health through his roles in the Bell Let’s Talk and #SickNotWeak campaigns.

Landsberg said he has come to realize that speaking publicly about mental health issues can change the stigma.

“When you care about someone (with mental health struggles) you don’t treat it the way you would if they had cancer or diabetes or MS. Until we get to that point, the stigma will still exist,” he said.