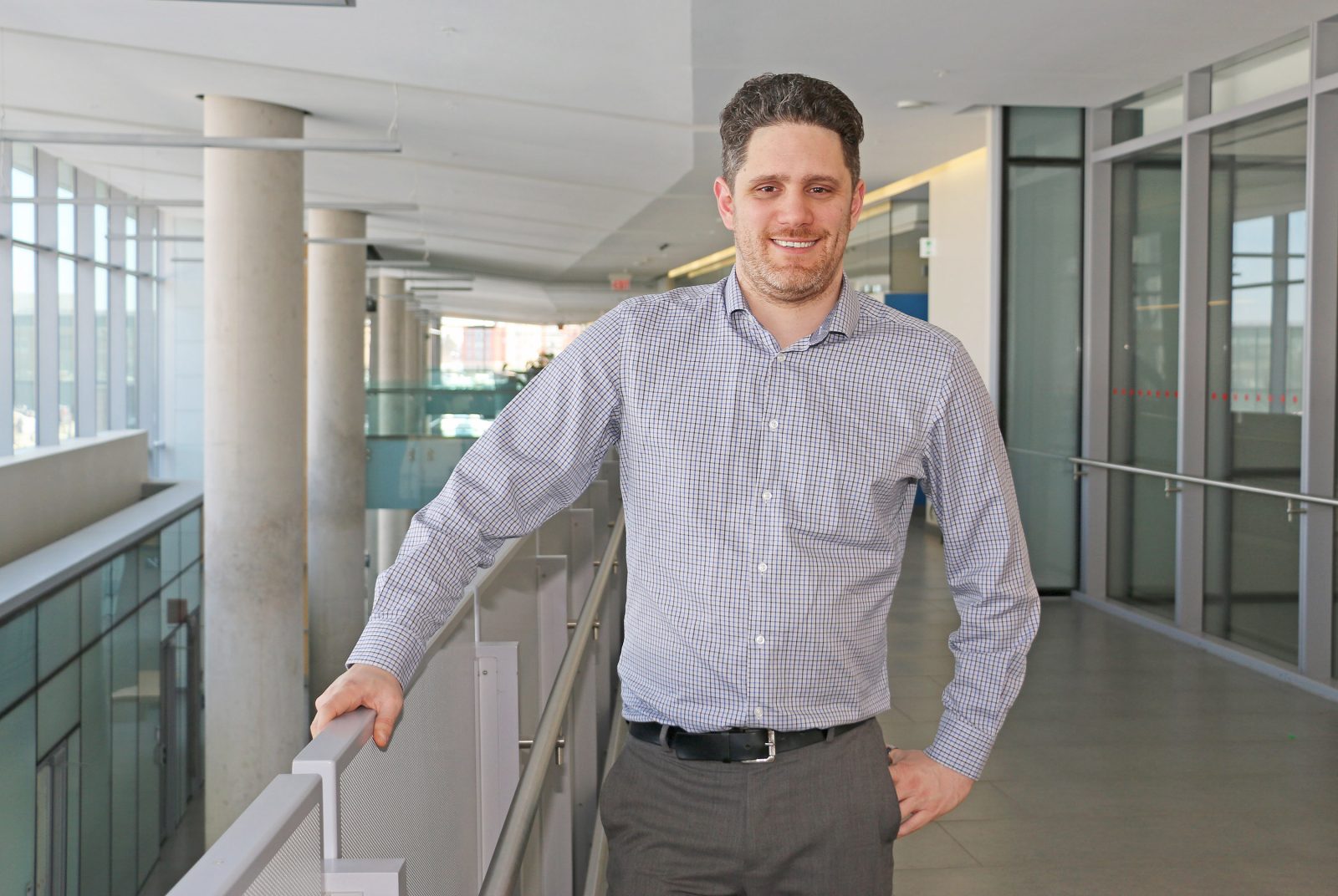 Paul Frosina has been named Brock’s 2017 Co-op Student of the Year.

Paul Frosina aimed to set the bar high when he began his placement at The Co-operators.

The MBA co-op student, now in his final term at Brock, hit the ground running in his role with the Guelph insurance company in hopes of making his mark.

His drive to succeed did not go unnoticed, netting Frosina a full-time job set to start after exams and earning him the title of Brock’s Co-op Student of the Year.

The 31-year-old Hamilton native will receive his award during a ceremony on Thursday, March 23.

The honour is one Frosina believes he could not have attained on his own, crediting Brock staff and faculty, as well as members of The Co-operators team for their support.

“It’s a great indicator of what my boss, peers and the co-op office think of me. I feel really grateful about that,” he said.

Frosina has completed two successful placements with The Co-operators and is looking forward to continuing that working relationship.

His journey to becoming Co-op Student of the Year was not without a few twists and turns.

After completing a college journalism program, spending a few years away from school and then finishing an undergraduate degree in Psychology at Brock, Frosina was persuaded by a friend to pursue a co-op placement while completing his MBA at the Goodman School of Business in the Business Analytics stream.

It was during his initial co-op placement that Frosina first recognized the change in mindset required to transition from being a student to being successful in business.

“I think I have done a 180,” he said. “School is a lot of work but it also offers a lot of flexibility for when things are done. Working in the business world, you need to sometimes shut off what you were working on and re-orientate yourself towards more important issues.

“If something happens, you need to focus on the issue at hand. It’s a team effort with less specific assignments and more reallocating while still succeeding.”

Frosina kept the vision of succeeding in business at the centre of his studies. He knew exactly what he wanted to get from his two co-op placements with The Co-operators.

“I wanted to gain the essential skills and training from their department in order to hit the ground running on my second placement,” he said. “This made me more capable of running my own projects.”

Frosina stressed that co-op helps students to get serious about their careers.

“If you are really looking to forward your career and to gain an understanding of your specialization, co-op is a great choice for you,” he said.

With a job secured and his studies nearly complete, Frosina continues to take time to give back to Brock’s Co-op program. He has participated on panels and regularly offers advice to students who are at the beginning of their co-op studies.

The Co-op Student of the Year presentation takes place Thursday, March 23, from 4 to 6 p.m. in the Cairns Atrium.