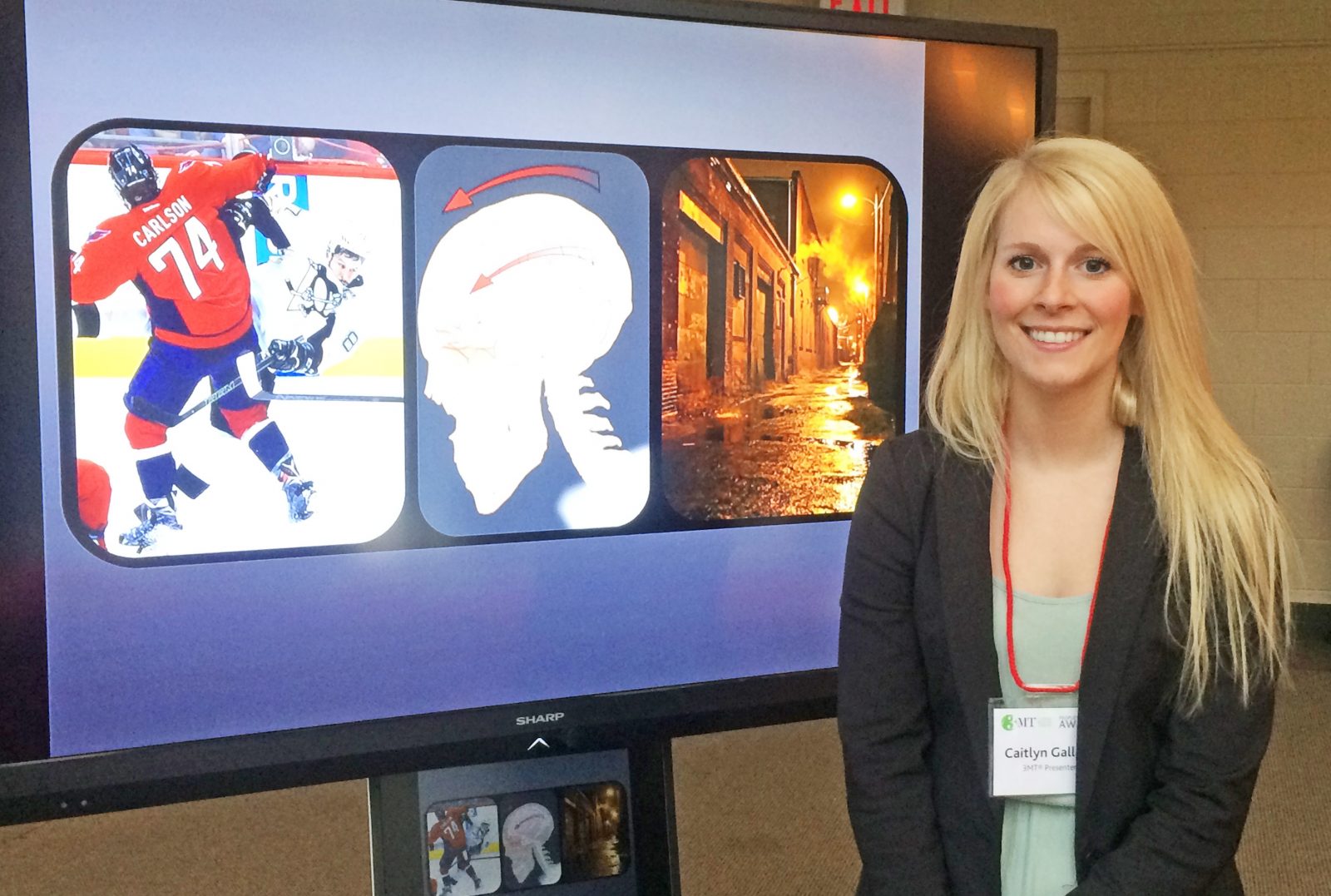 If someone seems hostile, tuned out or lazy, it may not be because they’re rebelling or having a bad day. Instead, it could be a sign someone is suffering from the dramatic impacts of a blow to the head.

Concussions could mean not only memory problems, but also an impact on behaviour in various ways, she said.

Gallant was among five finalists who competed in the 3MT event held Thursday, March 30 at Pond Inlet.

Each competitor was given three minutes and a single slide to share their research in a way that a general audience could understand. 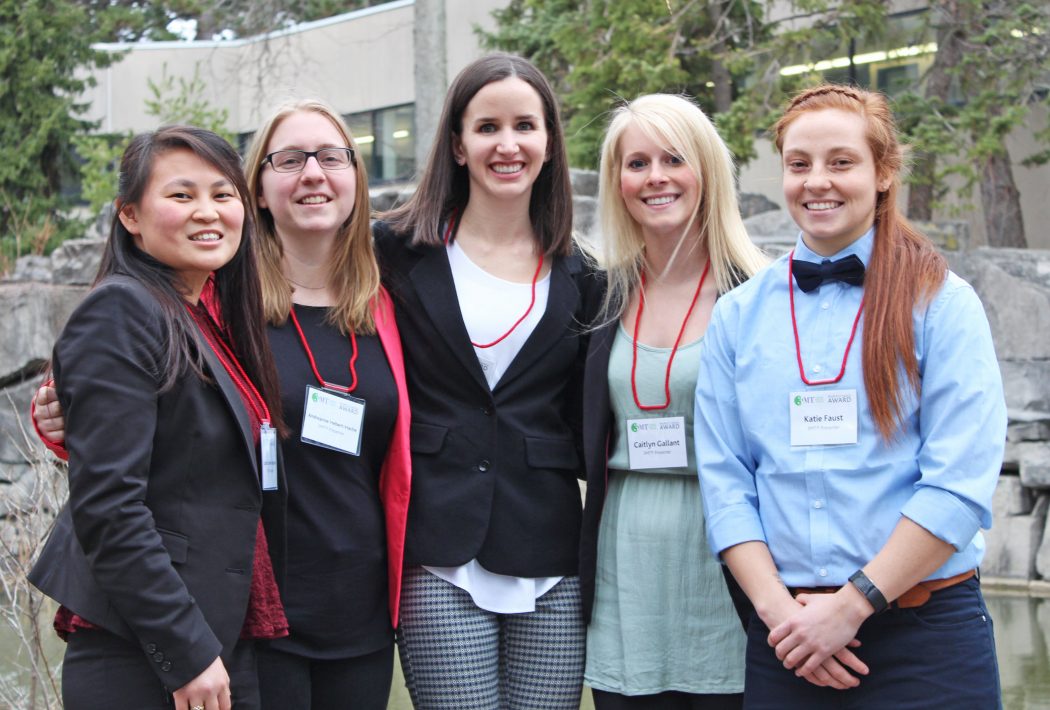 Gallant’s talk, titled “Concussion: The Silent Injury,” took top prize. She will be representing Brock University at the provincial 3MT competition that the University of Waterloo will host on April 12.

Her research is meant to help grape growers when they’re establishing new vineyards. It will assist them with planting the best grape vines they can to prevent winter damage, she said.

For the first time ever, Brocks’ 3MT finals included a People’s Choice Award in which audience members cast ballots for their favourite presentation.

They chose health and physical education student Katie Faust for her presentation, “Writing Lives; Writing Loss: Grieving a teammate after the clock stops.”

In her research, Faust drew upon her personal, painful experience of losing a team member.

“This project was a way for me to explore my journey through personal grief but to also share with other athletes who might one day experience a similar loss,” she said.

Kovac researches the degeneration of female sports. Rousseau is studying implications for children’s reading motivation and achievement through participation in dog-assisted reading programs.

3MT co-organizer Kim Gammage, Associate Professor, Department of Kinesiology, said the competition — and months of preparation before the event — lays the groundwork for students to develop crucial communications skills.

“Our 3MT program has involved a range of theatre artists and communication experts from the community to provide an outstanding experience for our graduate students,” she said.

“The 3MT challenge is much more than a research communication competition. Grad students literally bring their research ‘ to the stage.’ It’s an opportunity for them to hone their persuasive presentation skills and prepare them for any field.”

The 3MT competition was initially developed in Australia by the University of Queensland in 2008. Since then, 3MT has spread internationally and is now a regular event held at universities across Canada.