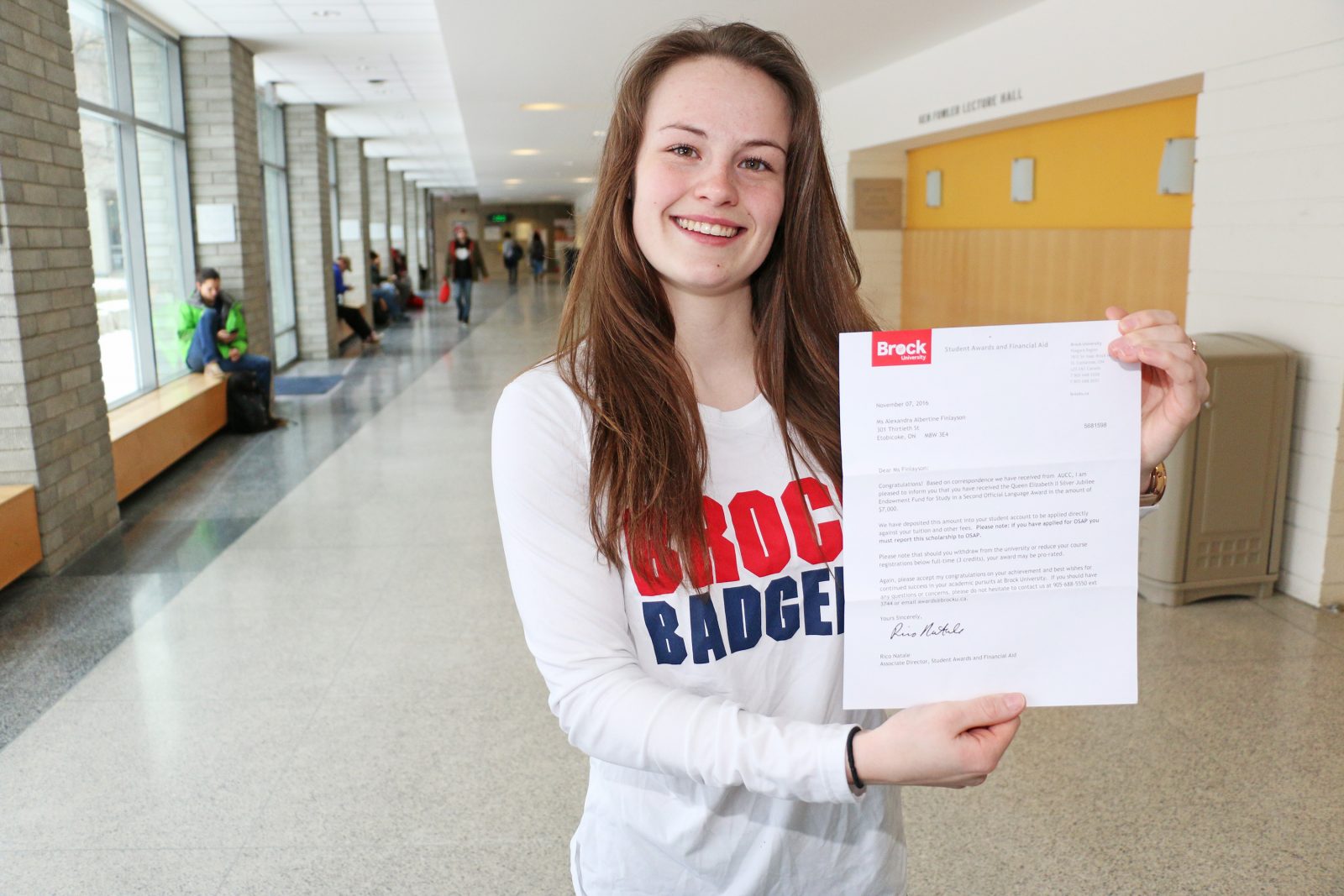 Brock student Alex Finlayson was recently named one of three recipients of a coveted national grant to continue her French-language education.

Alex Finlayson knows what it’s like to get knocked down — and to fight to get back up again.

The third-year Brock Concurrent Education student began a long road to recovery after suffering a serious concussion during a hockey game in late 2015.

Through the headaches, memory loss and difficulty concentrating, Finlayson pushed forward and continued to work toward her goal of becoming a French-language educator.

As a result, the 20-year-old Etobicoke native was recently recognized with a coveted national grant given to only three people annually across the country.

Finlayson was chosen for the 2016-17 Queen Elizabeth II Silver Jubilee Endowment Fund for Study in a Second Official Language, a $7,000 national bursary to support her continued education.

“To apply and be chosen while working through the concussion is something I’m really proud of accomplishing,” Finlayson said. “I didn’t know if I was going to be able to get my application in on time because of the headaches I was experiencing and other symptoms.”

The concussion caused her to struggle, but her drive to succeed pushed her past the obstacles the injury left in her way.

Finlayson has never been one to shy away from a challenge.

As a child, she decided to pursue French immersion schooling later than most, despite having no background in the language.

“I was in third grade,” she said with a laugh. “I thought it was so cool to be able to speak another language. It was something no one in my family could do, so I wanted to.”

Finlayson hopes to someday pass her passion for French along to her students.

“I want to help kids see what’s so great about French and what the benefits are of studying another language,” she said.

The grant money will support her tuition costs, with a portion also set aside to aid in future travel to France.

“I’m planning to do a teaching placement there so I can simultaneously work and develop my French language further,” she said.

Finlayson was able to rejoin Brock’s hockey team in November after an extended period off the ice.

She credits the support of her teammates, coaches, family and friends for helping to make her comeback — in the rink and in the classroom — a reality.

“It was a long process,” she said. “I’m grateful to have been able to make such a strong recovery.”