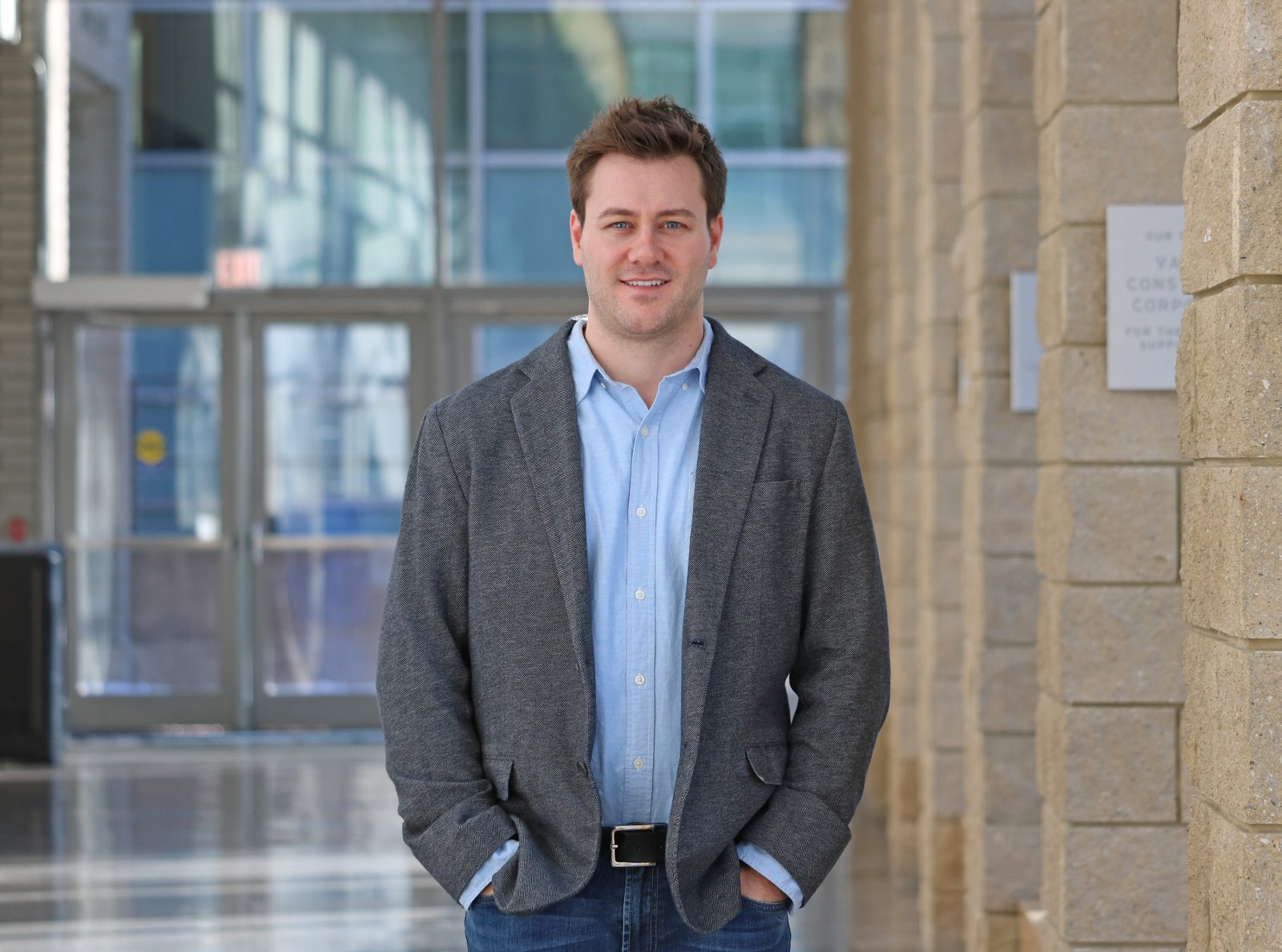 Michael Holmes is determined to make work a safer place by studying how people sit, stand and use their muscles on the job.

To do that, however, the assistant professor in Brock University’s Department of Kinesiology needs high-tech machines to help him track muscle activity and body movements.

The Canada Foundation for Innovation (CFI) announced Tuesday it has awarded Holmes a grant of nearly $100,000 for equipment purchases from its John R. Evans Leaders Fund.

“The equipment is fundamental to everything we do, so the John R. Evans Leaders Fund is a really important program,” Holmes says. “There are very few funding avenues in Canada that allow you to purchase large, expensive pieces of equipment. I’m very thankful for this program.”

With the money, Holmes will be purchasing three sophisticated devices and some smaller equipment to create the new Neuromechanics and Ergonomics Lab at Brock.

Among the equipment is a motion capture system. Similar to what’s used in the development of gaming, animation and cinema, nearly a dozen cameras will record research participants’ postures and body movements as they perform a variety of simulated workplace tasks.

But these are no ordinary cameras, says Holmes.

Infrared light emitted from the cameras is picked up by small reflective markers on the person.

“The camera will pick up the motion of those markers, and will record the movement of the markers, not the person,” he says. “On the computer screen, we can track the 3D location of the markers on the person, and link them together, so it looks like a stick figure. We can then very accurately calculate movements and joint angles.”

Another piece of equipment is the haptic wrist robot, a one-of-a-kind device that is unique to Canada. Similar to a joystick, the device pushes back when a person tries to move it.

“This allows us to look at how the forearm muscles control the hand,” says Holmes.

“It’s like when you’re holding a power tool and you have to control feedback from the tool in all directions to counteract the imbalance. This requires muscular control and using such a device will allow us to better understand how fatigue, pain and/or injury influence performance.”

The research has applications for pilots having to control joysticks, surgeons, dentists and others who regularly hold tools for their jobs.

The third piece of equipment is an electromyography system, or EMG, which evaluates and records electrical activity produced by skeletal muscles.

“This helps us to understand how the muscles generate the movements captured by our cameras,” says Holmes. “As we contract a muscle, the muscle emits electrical activity. The EMG sensors will pick up that activity; we can then determine not only how hard a certain muscle works, but what muscles are being used at what times.”

Holmes explains the combination of the three machines will give him and his research team a complete picture of workplace movement.

“We’ll understand what the muscles do, how people move and what sort of forces they’re interacting with.”

This knowledge, in turn, can be used to better design workplace tools and objects, or change workstations so that workers “interact with the tools differently” to prevent workplace injuries, he says.

Holmes was awarded a Canada Research Chair in Neuromuscular Mechanics and Ergonomics, announced near the end of 2016.

His research examines how the brain and nervous system interact with the mechanics of hand, arm, shoulder and neck muscles as we perform a variety of tasks.

“The hand and upper limb are engineering marvels,” explains Holmes. “Even trivial human-object interactions require a complex series of co-ordinated events from the brain to the start of movement.”

But each person is different. Holmes’ research aims to understand why some people develop carpal tunnel syndrome, repetitive strain injury and other upper body injuries while others doing the same job do not develop these injuries.

“This research will lead to workplace and tool design strategies that make occupational tasks safer and more efficient,” says Holmes. “It will impact the lives of working Canadians because work shouldn’t hurt.”