Video teaches how to react with a dangerous attacker on campus 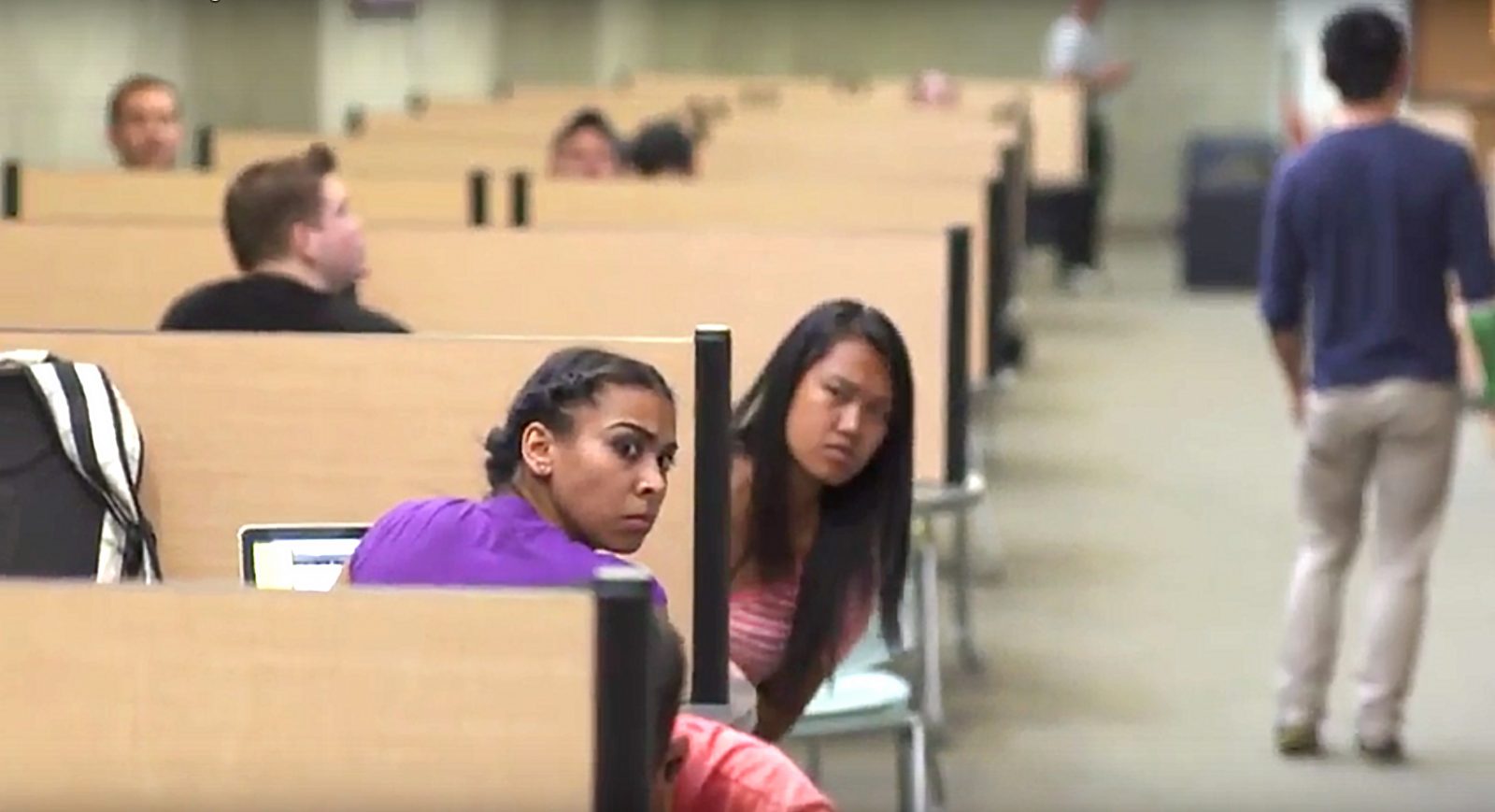 It’s a scenario most people could never imagine happening at Brock University, but one that Campus Security wants to ensure the community is prepared for.

A new training video is being shown across campus to help people clearly understand proper emergency procedures to follow, should the nightmare of an active shooter ever become reality.

“The video emphasizes the importance of knowing your environment — the campus layout — at any given time, staying away from the threat if at all possible, and fighting back only as a last resort,” said Donna Moody, Director, Campus Security Services.

The video is a realistic dramatization of people reacting when a gunman turns up in a campus setting. Initially introduced by the University of Alberta, it has been modified to reflect the Brock community. Several Canadian universities use it as a teaching resource, to help people know how to react if they ever find themselves in a crisis situation.

The new protocol — called Get Out-Hide-Fight — includes elements of the Lockdown/Shelter in Place procedures that have been in place at Brock for years, said Rick Fraser, Campus Security Emergency Management and Life Safety Manager.

If there were ever a life-threatening attacker on campus, the best response is always to safely and immediately evacuate away from danger. If that’s not possible, the second option is to hide in a secure location.

The third choice and absolute last resort, as the video illustrates, is to fight back.

“You might be fighting for your life,” said Fraser, adding that people should only confront a violent attacker if they became trapped in a space with no escape.

Active shooters do not typically respond to reason, so Fraser said people must assume they intend to cause harm.

“This video tells people to disarm and incapacitate the shooter any way possible, improvising weapons from nearby objects,” he said.

“Find an object you can use to strike the shooter with; trip them with a chair; be as aggressive as you can. Do anything you can to stop them.”

Fraser is expecting mixed reactions to the video due to its “realistic and unsettling depiction” of an armed attacker roaming around campus, but believes it will prompt an important discussion that could ultimately lead to saving lives.

“This is all about being prepared. We should not wait until this type of event occurs to ask ourselves, ‘What would I do?’”

Campus Security is available to attend departmental meetings, training sessions and other gatherings to share more information about the new protocol.

Details of Get Out-Hide-Fight are also available on the new Campus Security Services website.

Viewers should be advised that the video is a realistic dramatization of a life-threatening scenario, and contains scenes that some people may find disturbing.