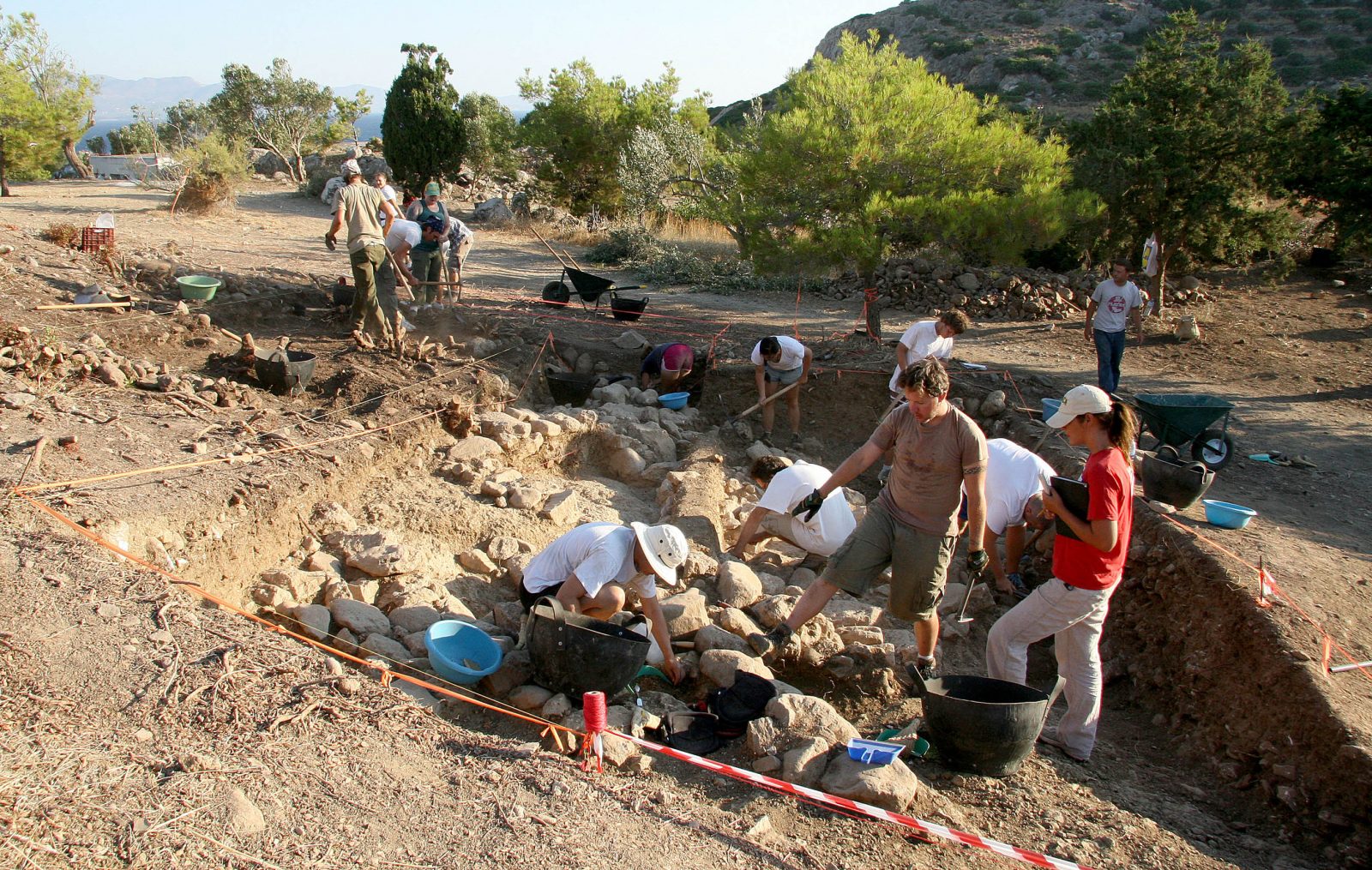 Brock University Classics students at a dig called Gournia in Crete, Greece in the summer of 2016 with Professor Angus Smith.

When you think about Classics in the post-secondary sense, ancient Greeks and Romans come to mind. But the Department at Brock University is just as much about today’s society.

The 2016-17 academic year marks the Department’s 50th anniversary of teaching students about the ancient world.

Parker said ancient Greece and Rome have influenced society in many ways from our politics and sense of history to our social institutions and cultural practices, modern languages, religions and philosophies, art and material culture, and even our sports and entertainment.

Classics is an interdisciplinary pursuit, said Professor and Department Chair Angus Smith. The variety and depth of study broadens students’ horizons and prepares them well for a variety of careers.

Classics students develop the soft skills that will not only help them succeed in university, but equip them for a variety of careers. Graduates have gone on to work in a wide variety of fields including banking, business, cultural resource management, teaching, law, archaeology and museums.

Experiential learning is an important part of the Classics experience at Brock, with students travelling overseas each summer to work with professors on archaeological digs or to complete study tours of a specific region. Brock’s Classics department is the only one in Canada that offers overseas courses on a regular basis.

“It was an amazing experience to be able to practice some of the archaeological skills we have learned about in class,” said third-year student Sydney Bryk, who accompanied Professor Elizabeth Greene to Sicily as part of the Marzamemi Maritime Heritage Project in the summer of 2016. The project is working on a sixth century AD Byzantine shipwreck that was carrying marble architectural elements for a church when it sank.

“Being able to handle the artifacts, learn about their conservation, and learn the importance of the collection and analysis of the smallest of objects was an amazing experience, one I will never forget,” Bryk said.

This summer, Professor Allison Glazebrook will be taking 19 students on a three-week study tour of Greece.

“The exciting thing about doing the tour is providing students with the opportunity to see up close (on site and in museum) what they have been studying in classes in images only,” said Glazebrook. Experiencing the landscape of Greece helps students understand the culture of Ancient Greece as well.

“Going with a group allows me to set up tours with archaeologists to view new material being found and studied,” Glazebrook said.

There is a vibrant undergraduate community within the department, fostered by the Brock University Archaeological Society (BUAS). Launched in 1989, the group organizes a variety of activities throughout the year for students, including field trips, social events and two symposiums.

BUAS’ fall symposium gives undergraduate students an opportunity to present their own research to their peers and professors while the annual Scholarly Symposium, marking its 28th year next month, features faculty and guest scholars from other universities.

This year’s symposium will be held March 4 and honours Richard Parker, who is retiring. Speakers include current and former colleagues and students from universities across Canada and the U.S.

One of the department’s biggest milestones, in addition to moving into new facilities in 2009, has been the development of a strong graduate program. Started in 2006 with just four students, the Classics MA program currently has 13 students. The program has seen 35 students graduate, with many going on to jobs in arts and culture or further academic studies.

Roberto Nickel, Graduate Program Director for Classics, said many students have gone on to PhD programs at large universities across the country.

Some graduates have gone into archaeology or law.

“The discipline of reading Greek and Latin texts is excellent preparation both for the long hours and the detailed attention to meaning that the study of law requires — something all Classicists can identify with,” Nickel said.

The small graduate program allows professors to work one-on-one with students in developing research and language skills to prepare students for PhD programs, if they choose. The advanced research degree of an MA gives students an edge in the competitive work world as well.