New Student Justice Centre to be unveiled at open house 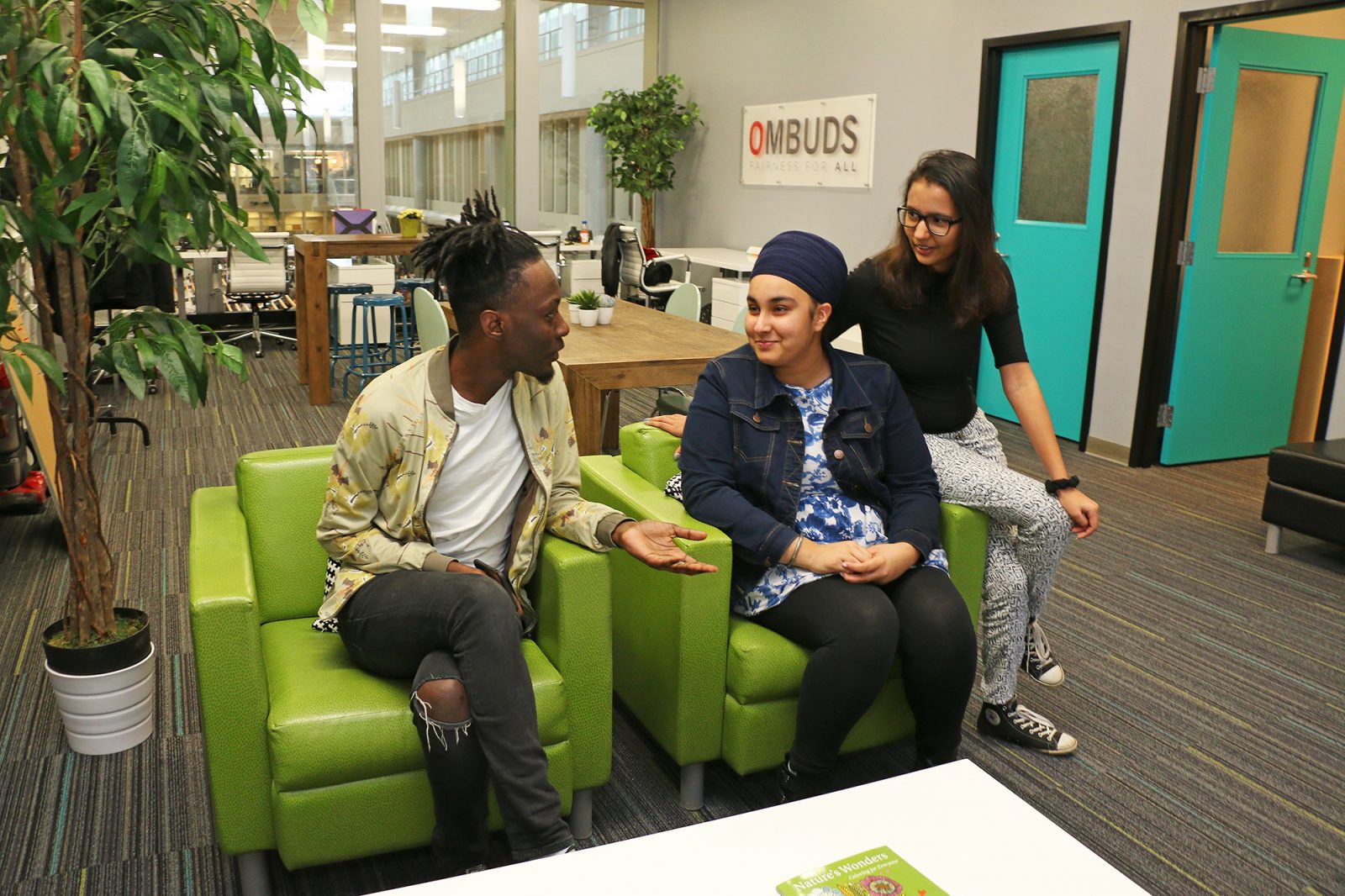 After months of renovations, the Student Justice Centre (SJC) is officially unveiling its new look.

An open house will be held Thursday, Jan. 26 to showcase the new space and to promote the services now offered within Thistle 252A.

“It’s far more functional, cozier and more welcoming for students,” said SJC Supervisor Laura Hughes, who believes the new centre will allow staff to further build on the work that has been underway there for the past six years.

The revamped space, previously known as the Collaboratorium, includes a resource area, lounge and working space, as well as a private drop-in office where students can speak with centre staff about challenges they have encountered.

“It’s a safe space to come in and discuss issues they’re dealing with, whether bullying on campus, managing their mental health, dealing with racism, sexism, homophobia or transphobia,” Hughes said.

Discussions, which take place both confidentially and without judgment, often lead to referrals to either Brock or other Niagara-based services.

SJC campaigns co-ordinator Chris Lawrence called it key for students to have a safe space on campus to openly speak about sensitive topics and experiences they have had.

It’s also critical for students to have an accessible office where they can come to learn about social justice issues, he said.

In addition to housing SJC services, the space also includes a private office for student Ombuds services, which aid with resolving concerns, complaints and conflicts in impartial, confidential and informal ways.

The centre no longer houses the student food bank, which has been moved to the General Brock store.

The SJC open house is set for Jan. 26 from 1 p.m. to 2 p.m., though people are encouraged to drop by anytime throughout the day.

An open forum will also be held the following day from 1 to 3 p.m. for any students interested in social justice and various related events and activities happening on campus.

“Students voices are really important to us,” centre workshops co-ordinator Tegh Kaur said. She encouraged people to attend the open forum and share their thoughts on upcoming campaigns and issues they feel need to be addressed.

For more information on the SJC and its services, visit Brocksjc.ca.