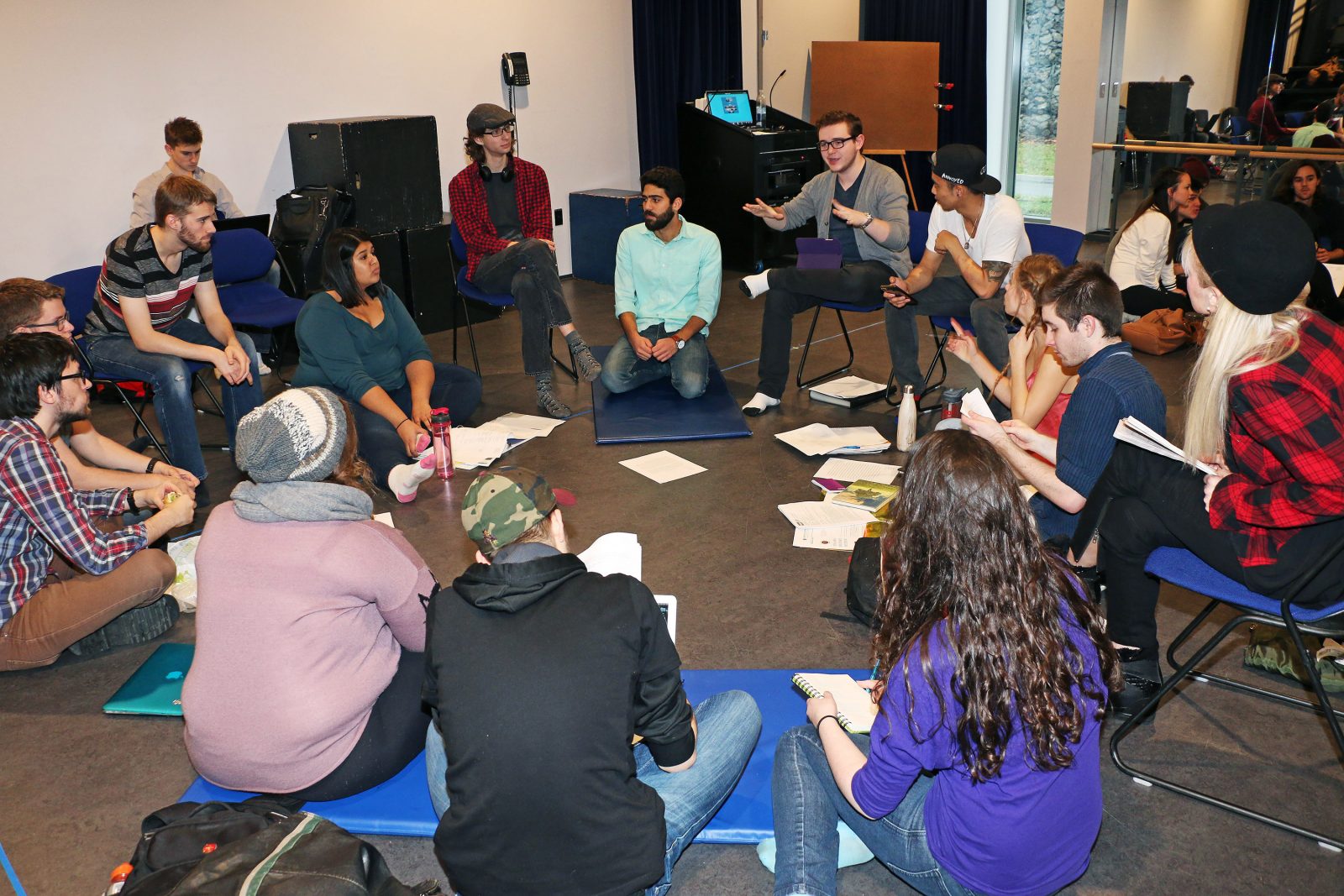 Brock University Dramatic Arts and Interactive Arts and Science students are developing two escape rooms in partnership with the Niagara Military Museum. Students are in the initial stages of the project and have been brainstorming the path the two rooms will take.

They’re planning a great escape from a 100-year-old building.

Brock University Dramatic Arts and Interactive Arts and Science students have come together for an innovative project that in a few months will open for the public to experience.

Throughout the winter term a group of nearly 30 students will work to create two escape rooms at the Niagara Military Museum in Niagara Falls.

The physical adventure games, which have become increasingly popular in recent years, lock players in a room — or in this case a series of rooms — and challenge them to solve puzzles in exchange for their freedom.

Work on the project began Jan. 10 with students touring the Victoria Avenue museum, learning its background and brainstorming the direction the escape rooms will take.

The building, which dates back to 1917 and was used as an armoury in the First World War, has an “incredible history,” said Dramatic Arts Associate Professor Natalie Alvarez, who was the driving force behind Brock’s involvement.

That history, which includes an “infamous escape” by Austrian spy George Heinovitch, will act as inspiration for the stories students are planning to tell through the project, she said.

“They’re going to build an escape room that tries to uncover that history.”

Students will be responsible for each aspect of the project, including the narrative, puzzles, costumes, props and sets.

“We’re building it from the ground up, tapping into my students’ expertise in costume design, directing, acting and scriptwriting,” Alvarez said.

It was also a natural fit to include Interactive Arts and Science students and their skills with interactive narrative, game structure and puzzle building.

“It’s immersive performance. It’s kind of like a living museum. It’s also tapping into site-specific theatre, where you build a theatre piece that’s intimately attached to the site itself and its own history.”

The escape rooms will be ready for testing by an invited audience April 4.

“The assessment is going to be entirely in the hands of those experiencing it,” Alvarez said. It will include museum personnel as well as members of Brock’s Service-Learning Resource Centre.

Museum operators have created a rubric based on what they hoped to see accomplished through the project and students will be evaluated accordingly.

The escape rooms will go live to the public in May at a cost of $20 per person.

Proceeds will assist in the maintenance and continued operation of the museum.

Students will have the opportunity to remain at the helm of the escape rooms going forward, first on a voluntary basis and then potentially in paid positions if the rooms become financially viable.

“That’s the incentive for them to build the social media machine to advertise it and get people out to experience it,” Alvarez said, adding she’s seen “100 per cent investment” from the students involved.

She credited Brock for investing in such an innovative approach and nurturing the University’s connection with the community.