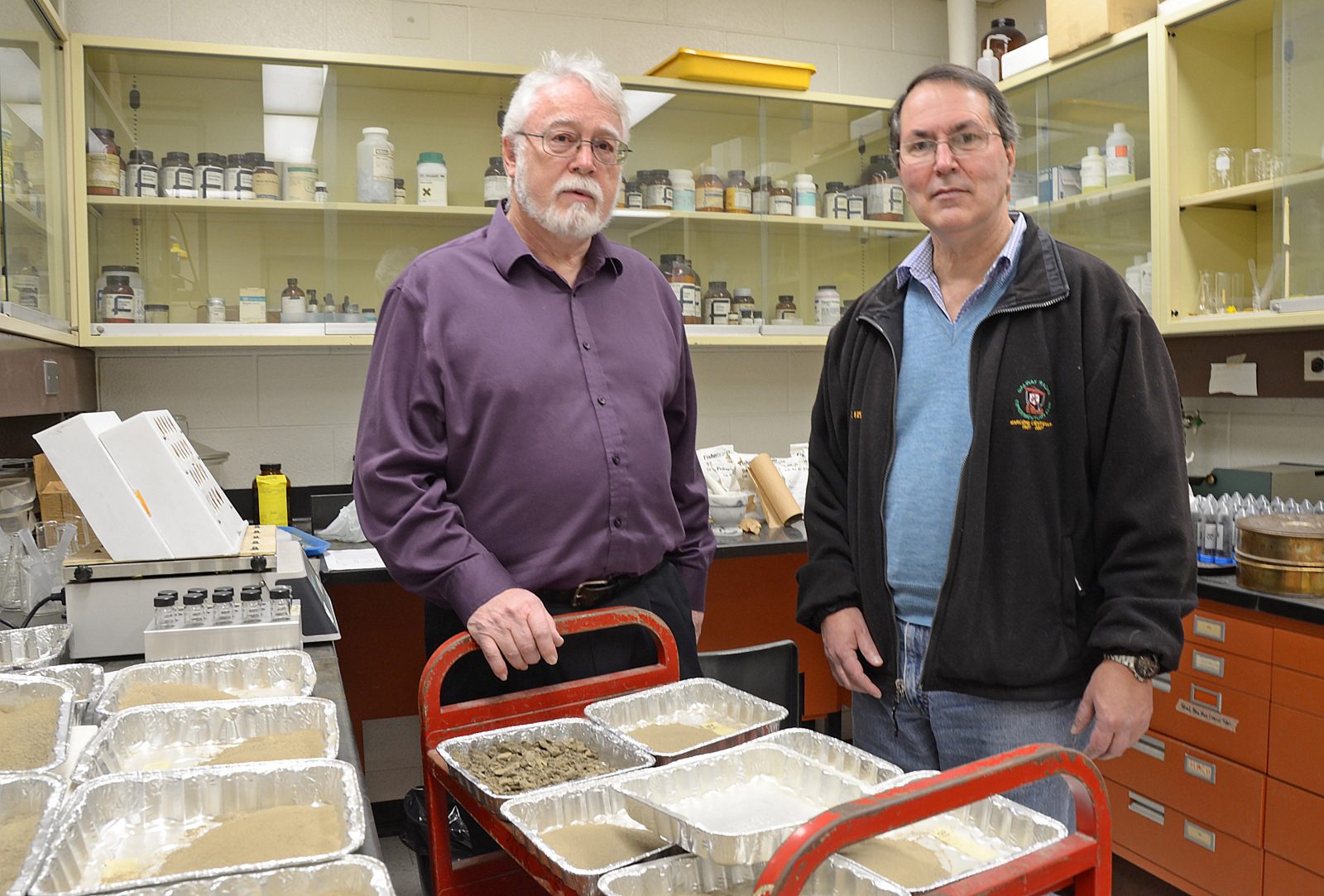 If you’re looking for insight into the current climate change debate, travel back — way back — to around 252 million years ago, when life on Earth nearly came to a screeching halt.

Brock University researchers Uwe Brand and Nigel Blamey have recently shown that a huge release of methane into the Earth’s atmosphere near the end of the Permian geological period was responsible for what’s been described as the “greatest natural catastrophe that’s been experienced by life on Earth.”

Those findings are relevant today as research into contemporary climate change continues.

Concentration remains mainly on the role of carbon dioxide (CO2) in bringing about climate change, Brand says, but “every once in a while, someone mentions methane.”

“There’s so much more CO2 than there is methane, but people forget that when you add the two together, that could become a big problem,” he says.

“And that’s what we’ve seen in the end Permian. We need to look more at how methane impacts climate change.”

In a paper published last month in the journal Palaeoworld, Brand, Blamey and other researchers from Canada, Italy, Germany and the U.S. collected fossilized samples of brachiopods, or shellfish, from that time period.

Using a specialized machine Blamey developed and used in earlier research, the team was able to tap into microscopic bubbles in the fossil samples and measure methane levels representing the atmosphere at the end of the Permian period.

The team found levels as high as 245 parts per million volume (ppmv) of methane in the ancient atmosphere. Methane levels on Earth today measure around 1.77 ppmv. The scientists estimate the Earth’s temperature during the end of the Permian period may have been twice as hot as it is today, causing unimaginable havoc.

“The end Permian is really the mother of all extinctions, yet the average person doesn’t seem to realize that was the big one,” says Blamey. “The event that gets the most attention is usually the end Cretaceous, where an asteroid struck the planet and wiped out the dinosaurs.”

What triggered the near-extinction event was the eruption of flood basalts, coating a large stretch of land with lava and comprising the Siberian Traps in Siberia.

Scientists estimate that a tremendous amount of greenhouse gasses, carbon dioxide in particular, caused a dramatic warming of the Earth’s atmosphere. As temperatures rose, the permafrost melted, resulting in a massive spike of methane that had been trapped in the frozen ground.

As a result, about 90 per cent of marine species, 70 per cent of land vertebrate species, 30 per cent of insect types and an undetermined number of plants on land and in water were wiped out, the recent research paper says.

“It’s not just CO2 that’s going to be catastrophic; it has to go in combination with the methane,” Brand says. That combination must be more carefully studied in contemporary climate change discussions, he adds.

Brand says the world is “heading towards an extinction if we don’t do anything because the proof is in the end Permian, where life almost came to an end.”

The question that’s yet to be answered is how fast that is occurring, he says.

“Based on our end Permian calculations, the CO2 emissions then were four times what we currently have, but that does not mean we should just continue emitting CO2.”

Brand warns that alarmist language could discourage people from taking action if they think the Earth is doomed. It may further polarize people into camps that support or deny climate change.

“The onus is on scientists to persuade others who don’t believe that, yes, climate change is happening, yes, we are the culprit and, yes, we can do something about it. We can fix the problem.”

What happened so long ago may motivate people into taking action, Blamey says.

“If you look at the end Permian, we have an idea of how much CO2 there was,” he says.

“If CO2 got that high today, and that’s what happened back then, we could end up with another possible catastrophic event. It’s a warning.”

The team’s findings are published in their study, “Methane Hydrate: Killer cause of Earth’s greatest mass extinction” in the December 2016 issue of Palaeoworld.