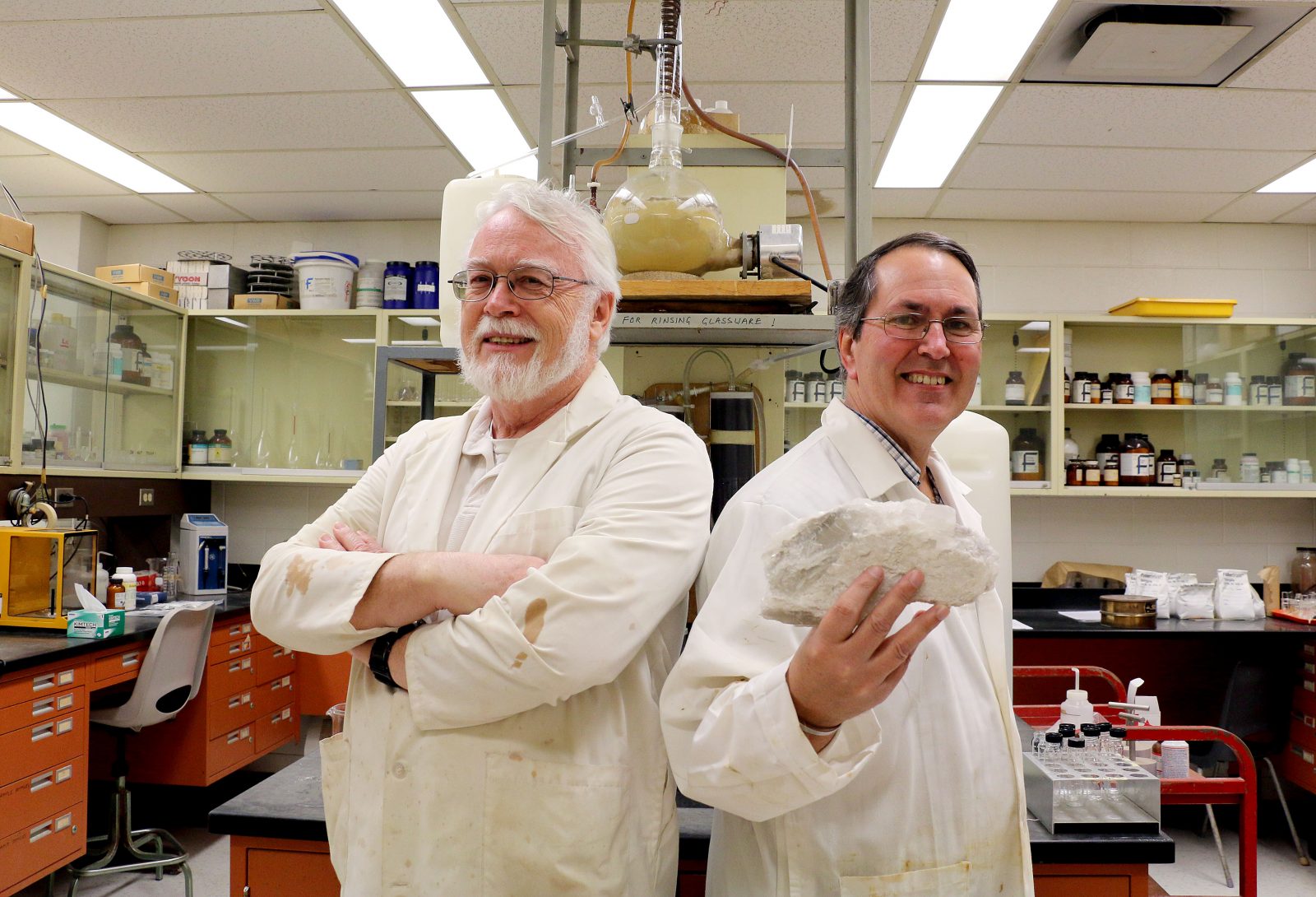 The U.S.-based Geochemical Society has listed a Brock University-led research paper among the Top 10 most read articles in geochemistry for 2016.

Professors of Earth Sciences Nigel Blamey and Uwe Brand led an international team that found that oxygen levels on Earth almost a billion years ago were more than five times greater than previously thought.

The researchers were able to determine this by tapping into, and analyzing, the actual air trapped in microscopic bubbles in rock salt about 800 billion years ago.

“There was a lot of debate as to what the oxygen content was 800 million or more years ago,” says Blamey. “We’ve come up with a direct method of analyzing the content of those trapped fossil gasses in the atmosphere.”

“This will give us a better understanding of how life evolved,” says Brand.

The paper, “Paradigm shift in determining Neoproterozoic atmospheric oxygen,” appeared in the August 2016 edition of Geology, the monthly journal of the Geological Society of America.

Being included in the Geochemical Society’s Top 10 list means many scientists will cite the team’s finding in their research, says Brand.

“Our research is of the international level and cuts across many disciplines, including chemistry, life in the oceans, and how life evolved on this planet.”

“It really shows how the community has recognized our contribution to science,” says Blamey.

For more details on the research, see the story in The Brock News. 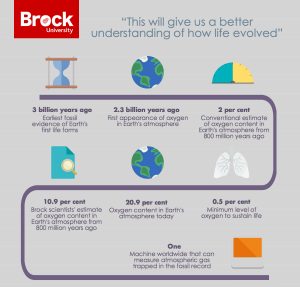