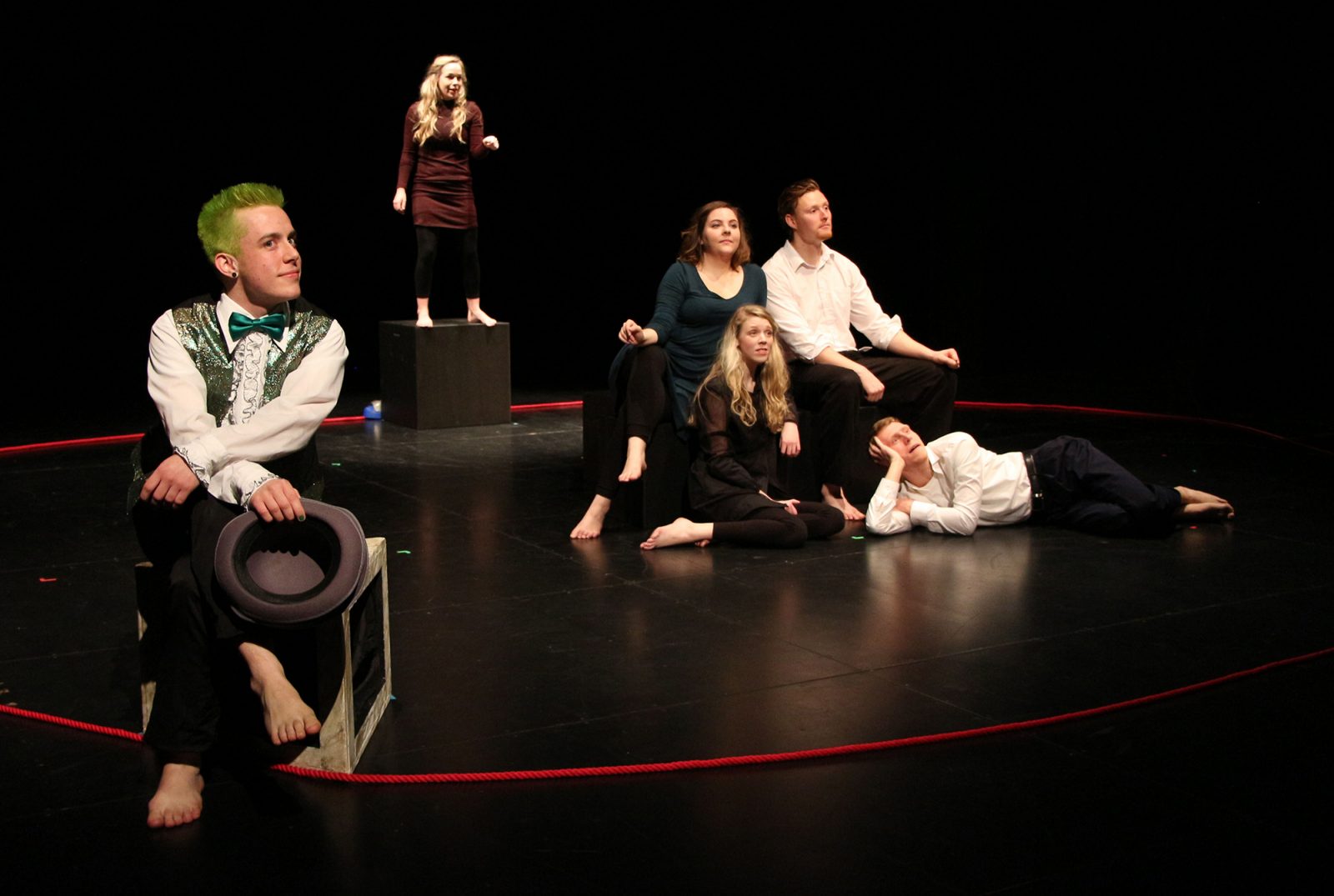 The Bacchae, a Twitches & Itches Theatre production, is hitting the stage at FirstOntario Performing Arts Centre from Jan. 19 to 21. (Photo by David Vivian)

The worlds of ancient Athens and modern Niagara have come together in a theatrical production led in part by Brock alumni.

The Bacchae, a modern adaptation of a play originally performed in 405 BCE, is hitting the stage at FirstOntario Performing Arts Centre from Jan. 19 to 21.

The Twitches & Itches Theatre production challenges ideas of identity and explores what happens when extreme left- and right-wing politics collide.

When the ensemble began working on the play in February 2015, they had no idea how timely it would be when presented on the eve of the presidential inauguration of 2017.

“We had no idea Brexit and Donald Trump’s rise to power were just around the corner,” said director Colin Bruce Anthes (BA ’14, MA ’16).

“The play was miles ahead of us. Many of the play’s original themes are shockingly reflected in our present society.”

The play engages with current social issues, as Dionysus, an androgynous foreigner, arrives in St. Cadmus and starts changing the entrenched norms. The conservative rule of King Pentheus is challenged by this new god of wine, theatre and ritual madness and the women who abandon the city core to follow him.

“Some of the dialogue looks like headlines stolen from today’s newspapers,” Anthes said.

“In our production, the priest of a new religion arrives as a David Bowie-esque glam-rock star, bursting through a city’s eternalized film-noir surface.”

Issues of identity are central to this play, as xenophobia, transphobia and intolerance of different body types are all challenged.

“I am a trans man playing a gender-fluid character,” he said.

“On the one hand, I find utter relief and excitement that as a queer artist I get the opportunity to give a voice to queer identities on the stage.”

Lidstone’s own experiences informed the development of his character.

“My character’s gender-fluidity and effeminate nature means I am constantly challenging my own internalized transphobia and trans-masculine identity in order to authentically portray our ‘queerified’ image of Dionysus.”

“As a fat actor I’ve seen my inordinately unfair share of motherly characters,” she said, while adding that her most recent role has been different.

“(Agave) is a person before she is a mother and this production pays particular attention to her journey as an intelligent, politically savvy, but ultimately oppressed agent.”

Niagara issues are woven throughout the play: the disappearing manufacturing economy and the experiences of migrant workers, as well as challenges faced by the LGBTQIA community.

The group was founded by Anthes and Tom DiMartino in 2009 and moved to St. Catharines in 2013.

They have gradually built up a core ensemble of nine performers, eight of whom trained at Brock’s Marilyn I. Walker School of Fine and Performing Arts.

This is the group’s sixth full production and their first independent production at the Performing Arts Centre.

Tickets are available on the FirstOntario Performing Art Centre’s website.