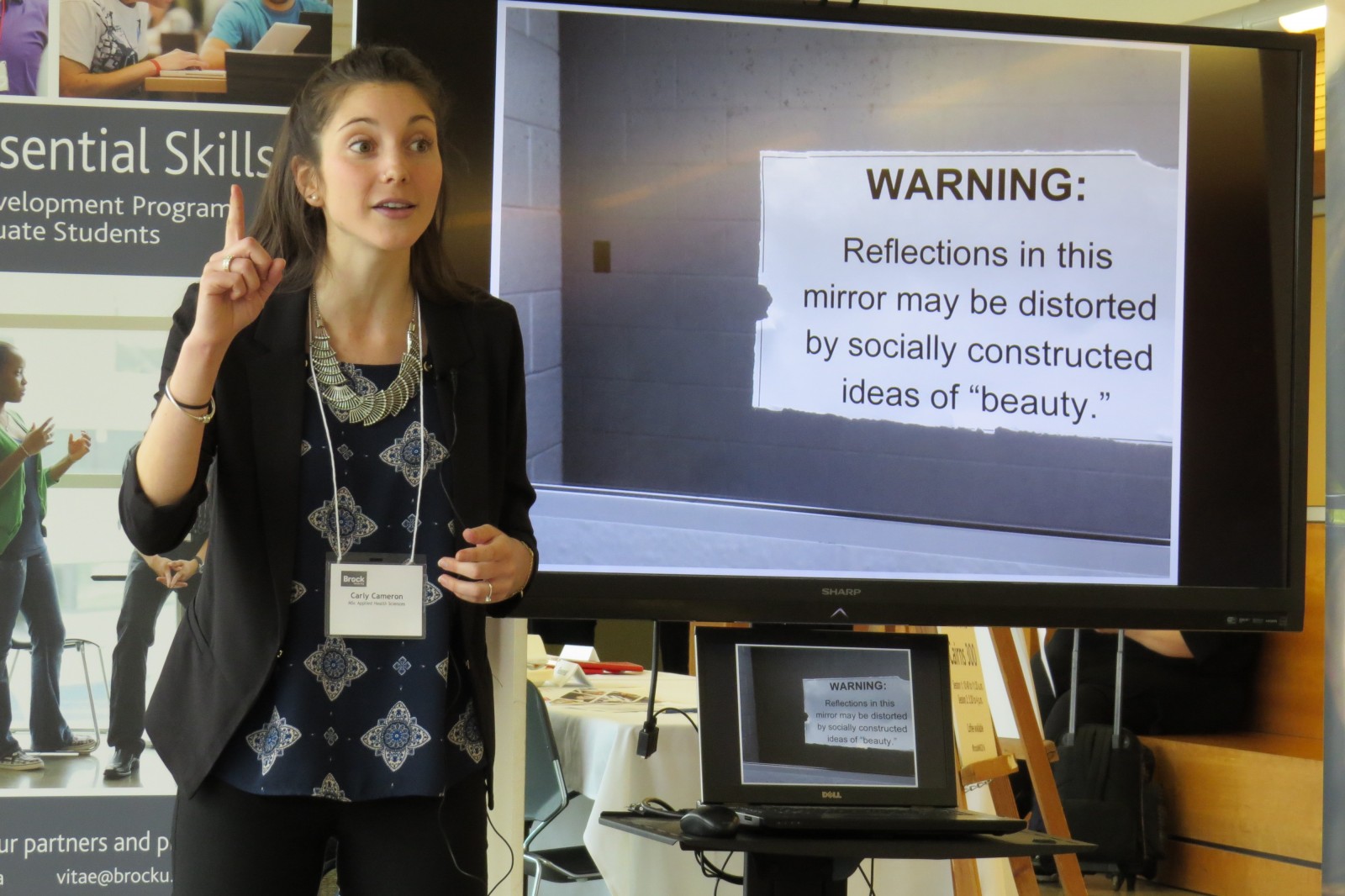 Three minutes. One slide. No props.

These are the fundamentals of Brock University’s 3MT (three minute thesis) Challenge. Taking place March 30, 2017, the annual competition gives grad students three minutes to explain their research in a way that captivates judges and others from outside their discipline.

Carly Cameron won $500 for winning Brock’s 2016 3MT competition, and then went on to represent Brock at the Ontario 3MT finals. She won the 3MT People’s Choice award there, and then the 3MT Participant’s Choice award at the national finals.

Cameron now works at Brock as the Research Ethics Officer in the Office of Research Services, and also serves as Brock’s 3MT ambassador. In a video released this week, she encouraged graduate students to take part in the 3MT contest.

“My supervisor, Kim Gammage, was my main motivator for participating in 3MT and planted the seed by asking if I had thought about sharing my research,” says Cameron. “I attended the 3MT finals the year before to support a student in my lab group and was impressed with how well each of the presenters spoke. I thought, ‘I would love to give it a try.’”

Cameron’s presentation highlighted her research investigating ways to make the gym setting a more comfortable and less critical place for women. In her presentation, Mirror, Mirror on the Wall…, Cameron explained that societal pressures to appear slim and beautiful may initially cause many women to be anxious when they view their reflection during workouts. But when those women use the mirror to develop correct techniques and form during exercise, that anxiety disappears.

The 3MT Challenge has been around since 2008, when it was held for the first time at the University of Queensland in Australia. It caught on quickly with grad students at universities around the world as a new way to tell research stories. Now in its fifth year at Brock, the challenge invites students to give a compelling presentation in three minutes, while using only one PowerPoint slide.

The 2017 call for 3MT Presentation Abstracts is now open to Brock grad students who want to have a fun and challenging way to talk about their research and, in the process, expand their research communication skills. The call for presentation abstracts closes Jan. 31.

Complete contest details and the online submission form can be found online.

Coaching sessions for presenters will also be available in January and February:

Graduate students who are interested in taking part in the 3MT Challenge are invited to contact Karin Perry, Graduate Coordinator, Development and Training at kperry@brocku.ca.