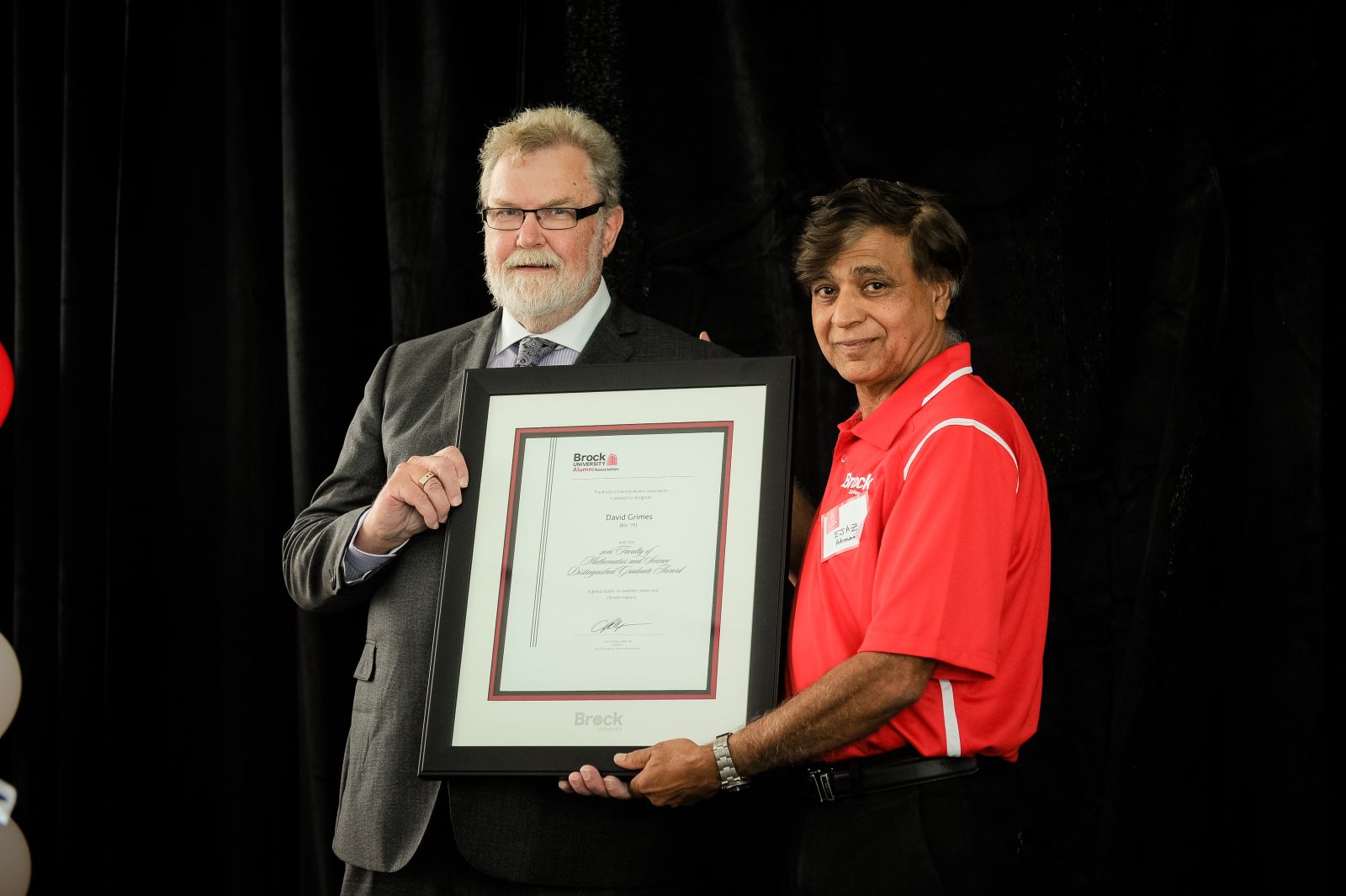 A Brock grad known as “the world’s weatherman” is being recognized by the University for his global success and leadership while researching the science of meteorology.

David Grimes (BSc ’75), who is serving a second four-year term as President of the World Meteorological Organization (WMO), was honoured this fall with the 2016 Faculty of Mathematics and Science Distinguished Graduate Award, presented by the Brock University Alumni Association during Homecoming weekend.

Grimes, who is also Assistant Deputy Minister and head of Meteorological Services of Canada, was first named head of the United Nations agency in 2011. The WMO shapes the world’s agenda for research and services related to climate change, weather and water issues. Its membership includes 188 countries and territories.

At the award presentation, Brock’s Dean of Mathematics and Science, Ejaz Ahmed, said that one need only read about the Alberta wildfire and other events related to global warming, to appreciate the significance of Grimes’ work.

“The daily news is a constant reminder of the work that David and his colleagues do… and the impact weather has on our lives every single day,” said Ahmed.

Grimes — who studied mathematics, nuclear and quantum physics at Brock — said he was honoured to be recognized by Brock, and particularly appreciates that he received the nomination from the Faculty of Mathematics and Science.

The accomplished meteorologist was quick to credit his honours research project that he completed as a student, adding “my research and degree from Brock University was the foundation for my work in meteorology.”

The first Canadian to serve as President of the UN’s meteorological agency, Grimes shapes the WMO’s meteorological and hydrological services and leads its efforts to better understand the planet’s weather, water and climate issues.